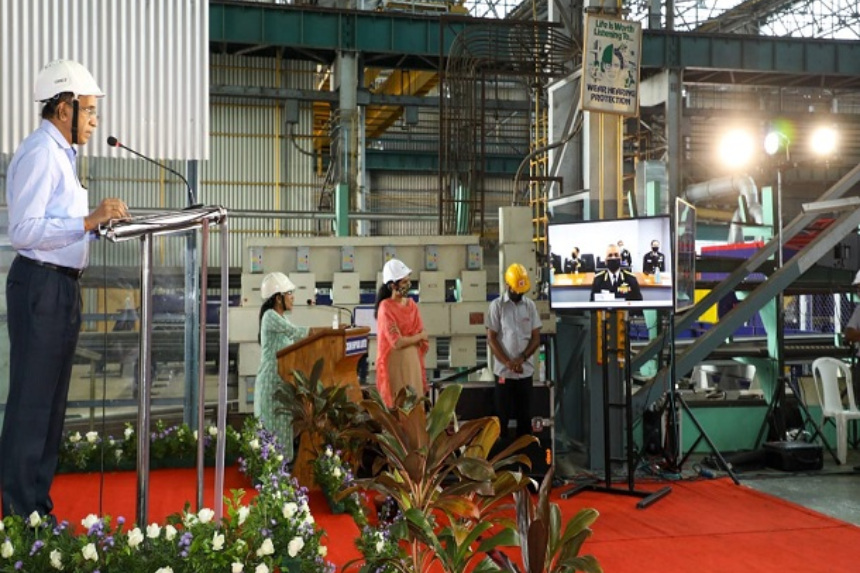 Cochin Shipyard has cut the first steel for a new surface combatant slated for the Indian Navy.

The vessel will be the first unit of a planned eight anti-submarine warfare shallow water craft (ASWSWC). All vessels in the order are expected to be delivered to the navy within 90 months of the awarding of the newbuilding contract in April 2019.

Each ASWSWC will have a crew of 57 and a speed of 25 knots. In addition to performing anti-submarine warfare missions in coastal waters, the vessels will also be used for search and rescue (SAR) and minelaying operations.