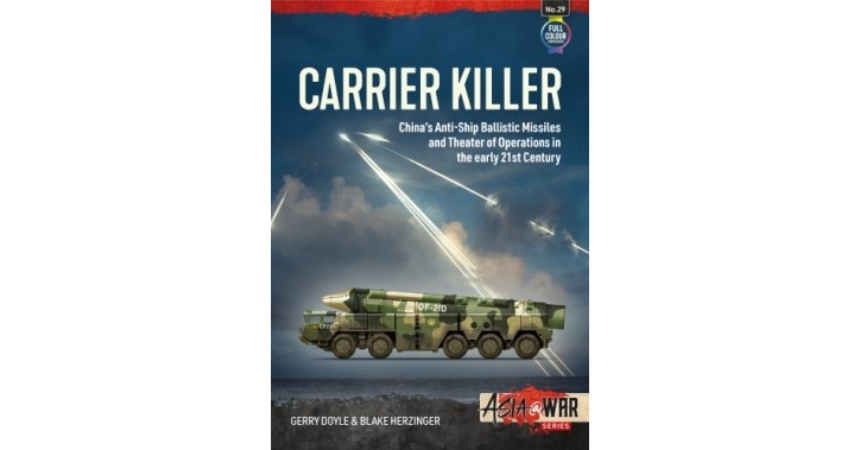 This is a very interesting, thought-provoking and, even, inspiring little book. Written by two Singapore-based American defence journalists, it is more objective in its approach than usual, perhaps because of that geographic separation from too many home influences.

It is particularly timely given the new defence reality that has been exposed by Russia’s recent – and so far unsuccessful – invasion of Ukraine. That has clearly illustrated the defensive value of smaller, more portable, economical, and easily concealed guided weapons. More frighteningly, perhaps, their very effective use by the Ukrainians has highlighted the potential vulnerability of expensive and theoretically well-defended capital ships.

The fact that many of the missiles described can be launched from highly mobile trucks and/or comparatively small and fast vessels or drones is all the more frightening and thought-provoking. So also is the relatively low cost of such missiles and their control infrastructure.

While, ostensibly, the Chinese lead the world in the development of such weaponry, that, as the authors point out, “ain’t necessarily so”. Theoretically, and in terms of propaganda, the Chinese are ahead, particularly with hypersonic missiles, but the reality is that much of their missile arsenal has been far from thoroughly tested.

Whatever, the potential for such weaponry is enormous, especially for nations such as, obviously, Ukraine, but also Australia, Canada, Indonesia, Japan, the Philippines, and South Korea. Such weapons offer a very economical and effective “catch up” mechanism for countries that appear un-prepared for and vulnerable to Beijing’s current belligerence.

This is a very important book that should be read by the politicians and defence planners of all such nations.