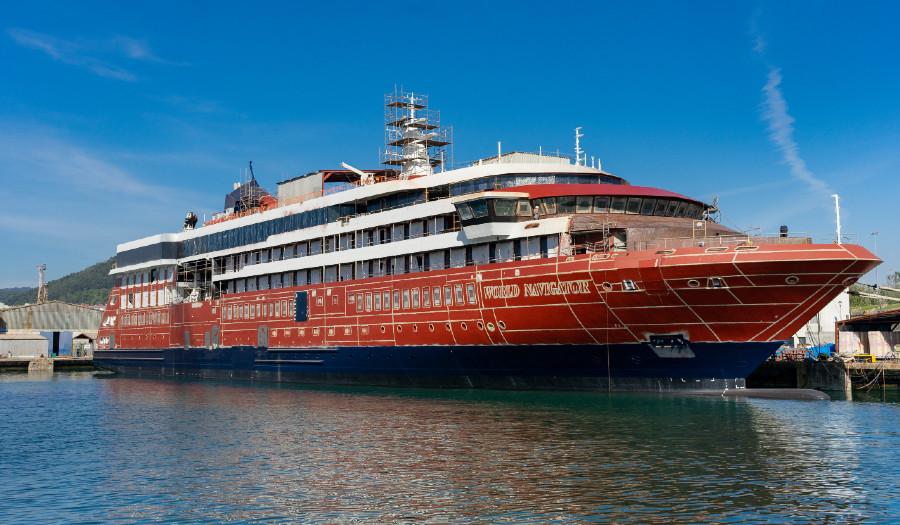 Despite the perils of the pandemic, new passenger vessels of all shapes and sizes seemingly slide down the world’s slipways every day or two. The most notable feature about them is that they all seem to improve incrementally on what has gone before.

Particularly in Europe and North America, electric, hybrid and dual fuel systems are becoming de rigeur. Owners entertain their installation for reasons of public relations and image and, occasionally, because they actually believe in their benefits or even see a potential economic gain. Designers and builders love them because they make vessels more complex and, therefore, more expensive.

I wonder, though, if they all really do a proper cost/benefit analysis of such factors. I have, over recent years, noted some dismal and very expensive failures involving all three of those systems. As an advocate of safety, simplicity, reliability, and economy, I often wonder about the much-hyped benefits of all three options.

I have no qualms about diesel/LNG dual fuel systems. They add comparatively little to capital expenditure and can reduce running costs where LNG bunkers are cheaper than diesel. Obviously, LNG is easily the cleanest of fossil fuels so, if it is accessible and reasonably priced, there can be no argument against its use. Its only real disadvantage lies in its storage risks, small though they may be.

Pure electric systems are fine if the vessel is to operate in places where nuclear power or highly reliable, economical, unsubsidised renewable electricity generation such as from hydro-electricity is available. Even then, batteries remain heavy, expensive, and prone to fires. That, despite electricity’s disadvantages, is probably fine in Scandinavia, France, Canada, parts of the United States and Tasmania but, for the bulk of the world, most electricity is still generated by burning coal. Coal is wonderful stuff, but it isn’t good for our environment so, let’s minimise our use of it to power our passenger vessels. For all practical purposes, diesel and LNG will continue to reign supreme in most of the world for several decades at least.

The advocates of hybrid propulsion systems have continued to remain incapable of convincing me of the efficacy or even the value of their products. I can easily understand their use in non-nuclear submarines where internal combustion engines cannot work underwater, but I still cannot see the point of all that extra weight, complexity and cost.

Apparently, I am not alone in my thinking. Pure diesel is still easily numero uno as far as passenger vessel propulsion is concerned. The other possibilities remain interesting, even promising, but let’s try to be realistic and not get carried away. After all, commercial passenger vessels still have to be able to get from A to B safely and economically.

– “It is the acute and urgent changes to the economic ecosystem of the cruise business that will mean, by 2030, cruising will be unrecognisable from the industry that set sail at the start of the decade.”

– “Even worse, with the simultaneous development of appropriate electric propulsion systems, the fuel cost differential between the environmentally clean, Incat-proposed, electric-powered ships and the comparatively dirty, gas-guzzling Finnish ferries will be simply astounding.”


– by Neil Baird, Co-Founder and former Editor-in-Chief of Baird Maritime


COLUMN | Shipbuilding in Australia: why would you do it? [The Boroscope]

– “In a world in which Australia is increasingly becoming isolated, we are dependent on almost everything from overseas.”

Any news or views about the global maritime tourism, ferry and cruise industries? Send it through to [email protected] ASAP (between now and August 13), so we can add it to this current edition of Passenger Vessel Week!