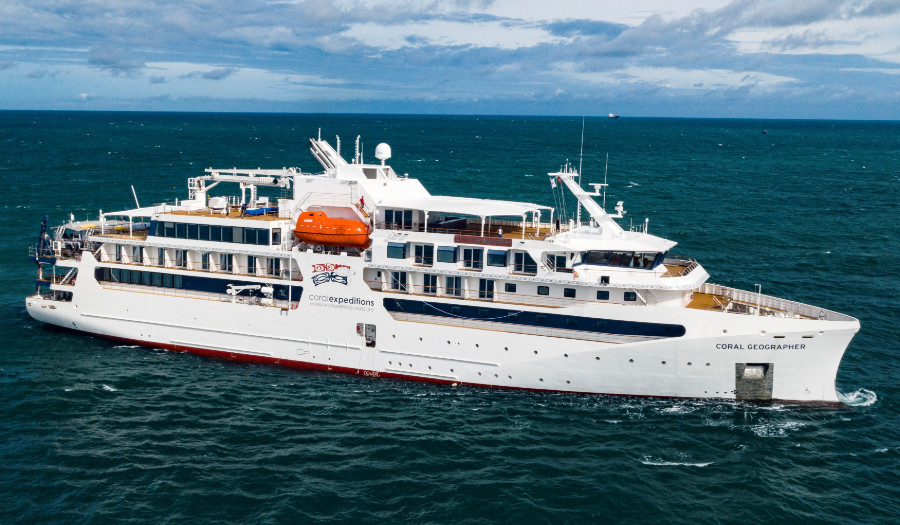 The DNV-classed, all-steel Coral Geographer is the second vessel in a series to be built by Vard for the same operator. The first vessel, Coral Adventurer, was delivered in 2019.

The vessel’s design was developed by Vard Design in Norway in close cooperation with the customer. It has been specially tailored for personalised tropical expedition cruising and visiting remote wilderness shores in Australia, Oceania, and elsewhere around the world that are inaccessible to larger cruise vessels. As such, the vessel was designed with a shallow draught to enable visits to such shores.

“Coral Expeditions had wanted a vessel that featured fuel efficiency, superior comfort levels especially in the passenger cabins, and a unique, unconventional appearance wherein wood and stone would be used in significant quantity for the interiors,” Vard Design told Baird Maritime. “It is the first tropical expedition vessel to come out of Vard Vung Tau’s facilities, and we understand it was developed in line with the owner’s desire to modernise its fleet by introducing vessels with innovative technologies to appeal to a steadily growing market.”

The newbuild has an LOA of 93.7 metres, a beam of 17.2 metres, and capacity for 120 guests, though fewer than 100 will be accommodated on future sailings as part of Coral Expeditions’ Covid-19 prevention measures.

The vessel boasts 60 outside-facing cabins with open balconies and en suite bathrooms. Vard Design said that, in addition to being spacious, each bathroom provides guests with excellent views of the surrounding ocean. Some of the interior spaces even feature original artwork sourced from indigenous communities in Australia as well as synthetic teak floors to add to the vessel’s overall unique “tropical” feel.

Other amenities include multiple indoor and outdoor bars, spacious communal areas, a large dining room that can seat all guests, and a lecture lounge. The outdoor spaces are equipped with awnings to protect guests from direct sunlight as they take in the surroundings. The interior and ventilation systems were provided by Vard Accommodation. 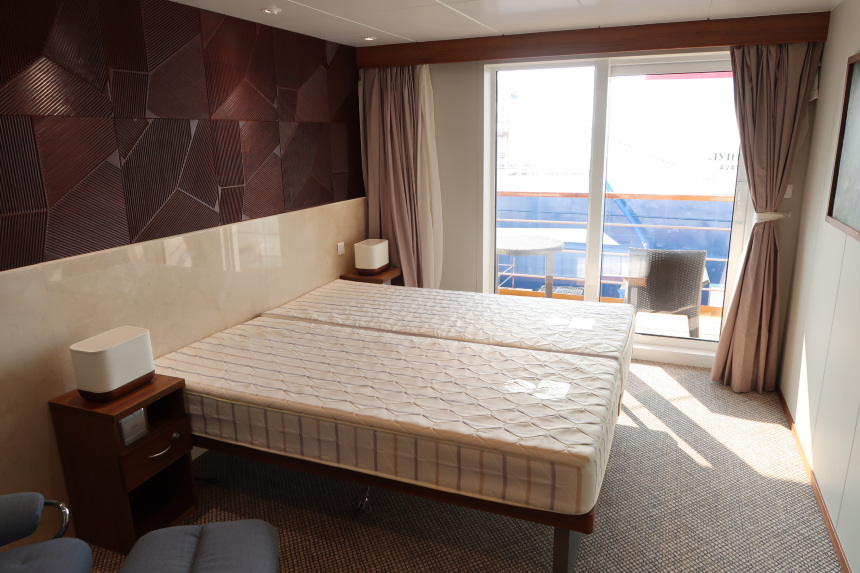 There is also onboard space for two tenders mounted on hydraulic platforms to allow guests to embark and disembark for shore excursions without steps, queues, or waiting. The tenders can each carry 60 passengers and four crewmembers and were also built by Vard Vung Tau. Besides the tenders, the vessel also has Viking liferafts and two Vanguard lifeboats, including one certified for operation as a rescue boat as well.

“The main challenge in designing Coral Geographer was in arranging effective solutions to ensure an adequate resting environment for the crew during off-duty hours without sacrificing the desired level of comfort in the passenger spaces. The Covid-19 pandemic also made it difficult for us to secure the personnel and the logistics necessary for the commissioning work.”

Even with these challenges, Vard Design claimed that important knowledge was gained from the development of the ship, particularly in the area of noise reduction in the interior spaces to ensure improved overall comfort. The company added that such knowledge could also be adapted in its future newbuilding projects. 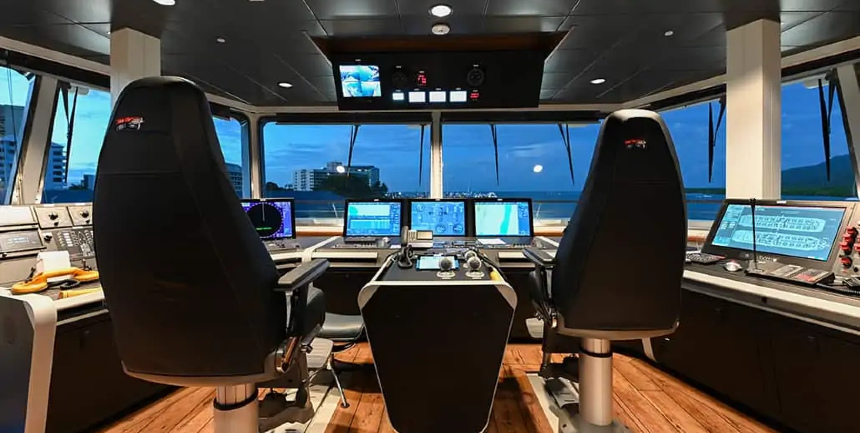 Coral Geographer is powered by two Caterpillar 3512X main diesel engines that each produce 1,360 ekW. The engines drive two Kongsberg Maritime 1,600kW azimuth propellers to deliver speeds of up to 14.5 knots. These propellers, coupled with a Kongsberg 800kW tunnel thruster at the bow and Kongsberg twin fin stabilisers, provide the vessel with improved manoeuvrability as well as enable sailing with reduced levels of vibration and noise.

“This particular propulsion setup was chosen by the owners since it also guaranteed improved fuel economy even in light of the vessel’s normal operating profile,” the designer told Baird Maritime.

For power generation, the vessel relies on a pair of Caterpillar 3512C diesel generators and a Caterpillar C32 940ekW generator. These also supply some of the power needed by the main propulsion thrusters. 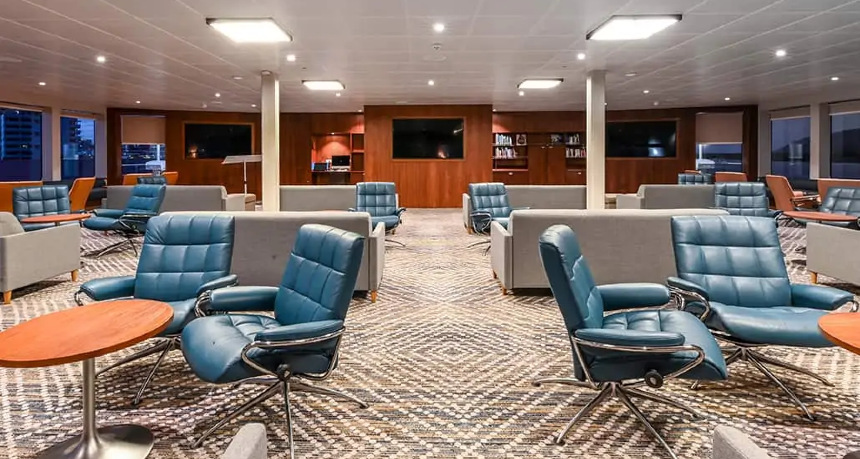 Coral Geographer formally joined the Coral Expeditions fleet upon its delivery in March of this year. It departed Cairns on its maiden operational voyage the following month, embarking a small group of guests as it sailed along Australia’s eastern seaboard.

Following its maiden voyage, the ship joined the rest of the Coral Expeditions fleet exploring the Kimberley region. Later in 2021, it will sail on a series of newly released voyages to the Abrolhos and West Coast and the wild islands of South Australia. 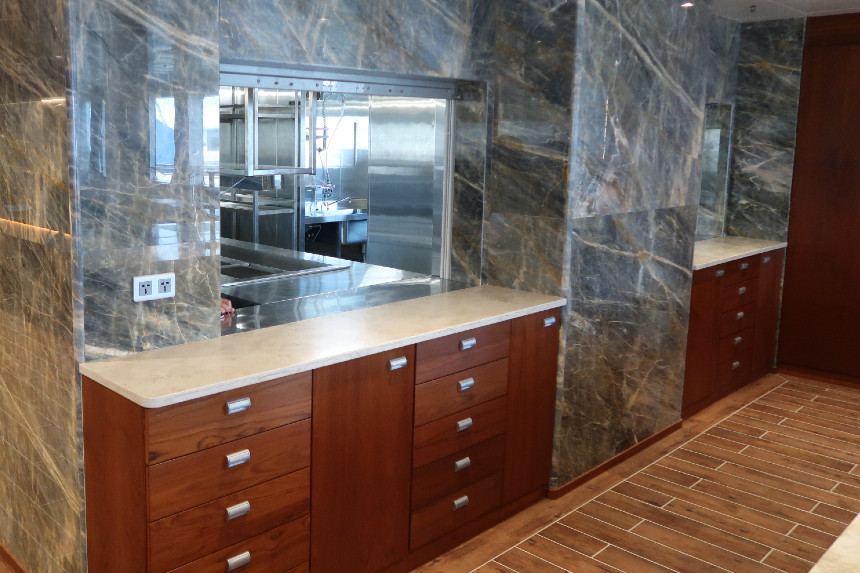 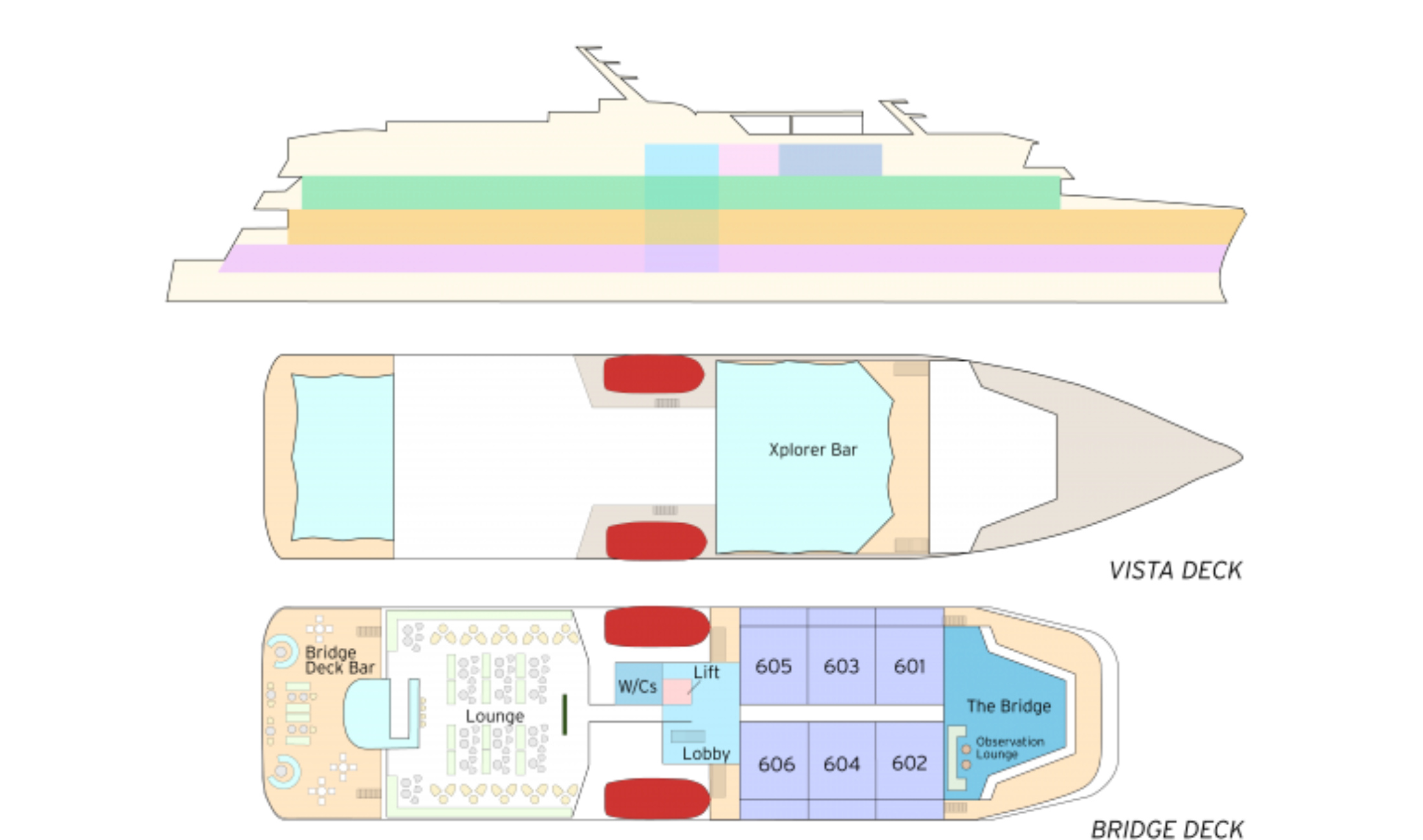 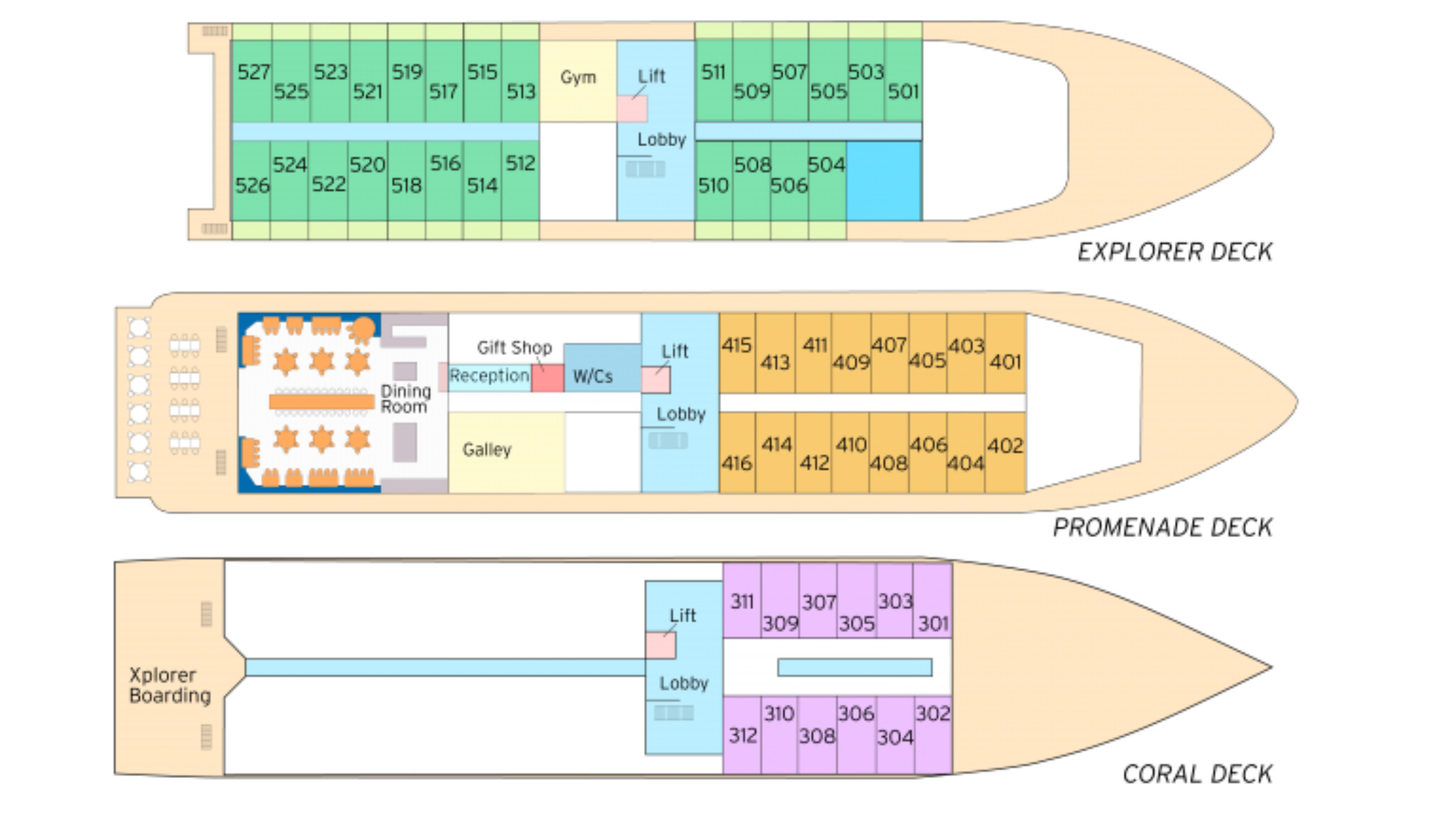