Italian shipyard Fincantieri recently handed over a new cruise ship to Carnival Corporation’s Holland America Line (HAL) in late July. The vessel has been christened Rotterdam, making it the seventh HAL ship to be named after the famed Dutch port city that had also served as the home of the company’s headquarters for many years.

The Lloyd’s Register-classed newbuild is HAL’s newest flagship as well as the third Pinnacle-class ship to be delivered to the company after Koningsdam and Nieuw Statendam, which were handed over in 2016 and 2018, respectively. Fincantieri said the ship’s technology is aimed at optimising energy efficiency and minimising environmental impact while enabling it to comply to the most demanding and current safety regulations.

The ship has accommodation for up to 2,668 guests in 1,340 cabins across 12 decks. The cabin selections include a penthouse, suites, family staterooms, and single staterooms. More than two-thirds of the cabins have their own balconies while a number of suites and staterooms are fully accessible to passengers with limited mobility and also include wheelchair-friendly, roll-in showers. Each of the passenger cabins is equipped with an interactive LED television, a mini-bar, a safe, and a data port.

In addition to the usual selection of cafes, bars, and retail shops, the vessel also boasts a library, an open-air cinema, live entertainment venues that include four venues specialising in different musical genres (i.e. rock and roll, blues, classical chamber music, and contemporary music) and a stage with a 270-degree LED screen, an atrium with a guest services desk, a casino with slot machines and game tables, and an art gallery.

For recreation, guests have access to a sports court, a jogging track, a fitness centre, spas, swimming pools, and a play area for children aged three to 17. The sports court and the jogging track are located on the sun deck, which also features a retractable roof, while the pools, the fitness centre, and the spas are on deck nine just above the navigation/bridge deck. 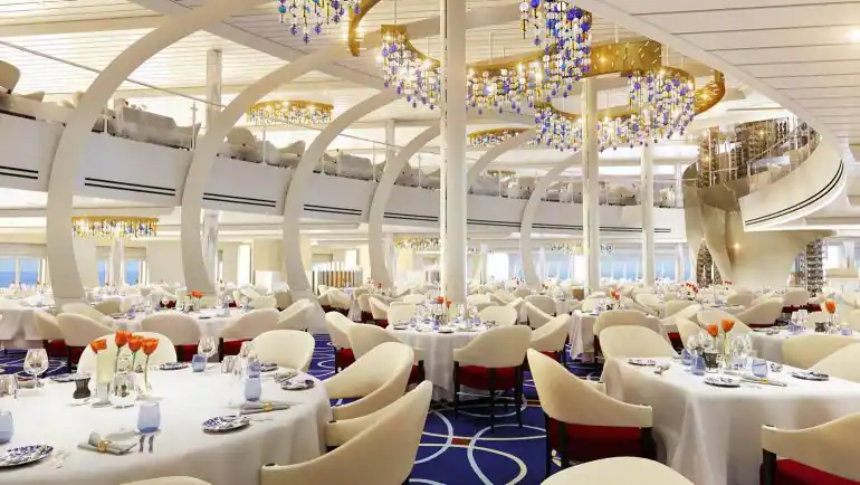 The topmost deck is the observation deck. This portion of the ship contains a combination crow’s nest and lecture area where guests can learn more about the history and the culture of the different destination cities along the ship’s routes.

Registered under the Dutch flag, Rotterdam embarked on its maiden voyage earlier this month and will sail on non-guest operations until September, when it will re-position to Amsterdam to serve Baltic Sea and Northern European itineraries. Before the end of 2021, it will re-position to Fort Lauderdale in Florida, from where it will serve the North American cruise market by sailing on itineraries in the Caribbean.