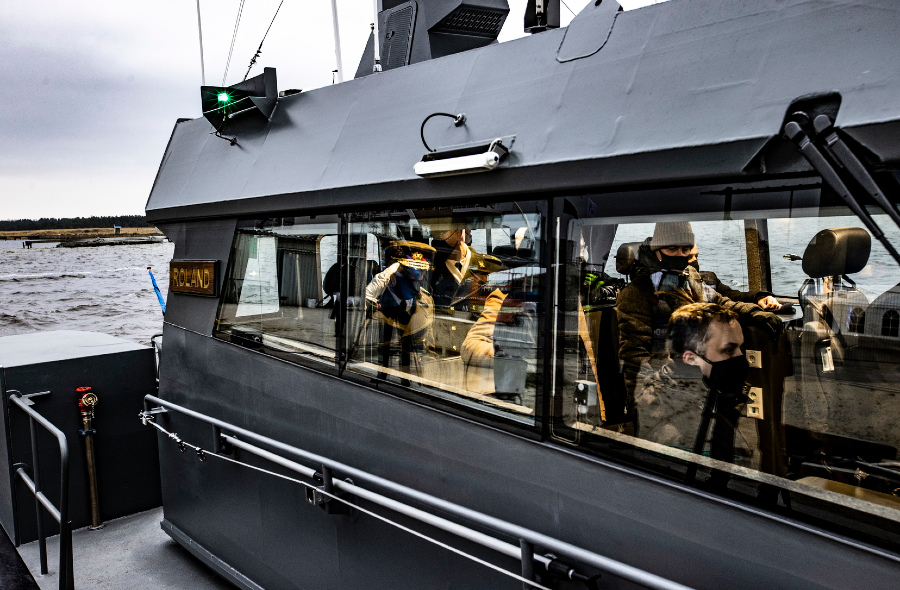 They keep coming. The daily dramas afflicting our unsettled world ensure a steady flow of launchings of new maritime security vessels. Everything from small USVs to aircraft carriers pour out of the world’s shipyards seemingly constantly. Many idiotic decisions, though, continue to be made by governments when they purchase ships. Massive amounts of money are forever being wasted.

Fortunately, in the coming week, we’ll be seeing a little more common sense than usual with multi-purpose craft being delivered. We will actually see ships delivered to countries with weak naval shipbuilding capacity by those with a distinct comparative advantage. They are rare sensible decisions.

An outstanding example of this is New Zealand’s purchase of a 173-metre naval “sustainment vessel” from Korea’s Hyundai Shipyard. There was no way such a ship could have been built in New Zealand, so the completely rational decision was made to purchase complete from a reputable foreign builder. Apparently, HMNZS Aotearoa was delivered on time and on budget.

It is tragic that countries like Australia and Canada continually fail to learn from the New Zealand experience. They have not learnt to distinguish between warfare and welfare. Their pathetic propping up of hopelessly uncompetitive and incompetent domestic shipyards, purely for perceived political advantage, does nothing for their defence capabilities while doing massive damage to their taxpayers. Australia’s ongoing support for its hopeless and hapless warship builder ASC and Canada’s ludicrous National Shipbuilding Strategy are equally damaging economically and in defence terms. It now appears that Canada may even follow Australia’s inexcusable and insane submarine purchasing decision.

Meanwhile, we’ll see some excellent examples of the development of multi-purpose vessels. At least, even Canada’s ridiculously expensive icebreaking patrol vessel, the 103-metre HMCS Harry Dewolf, is intended to be muti-role. Similarly, we have two very impressive multi-purpose patrol/rescue craft from Italian builders for Italian government departments. They are really worth examining very closely.

Finally, from embattled Taiwan comes an impressive wave-piercing catamaran “corvette” for the Taiwanese Coast Guard. It is the first, apparently, of twelve. These, too, will be multi-role and have a remarkable similarity to the fast missile-carrying catamaran assault ships of a closely neighbouring country.

Maritime security is a fascinating sector. Keep on top of it here on Baird Maritime this week.

– by Grant Newsham, Senior Research Fellow at the Japan Forum for Strategic Studies

– “The prime catalyst for the Egyptian Navy’s growth has been the regional security situation, which includes unstable governments, territorial disputes, and terrorist activity.”

Any news or views about the global maritime security sectors? Send it through to [email protected] ASAP (between now and July 23), so we can add it to this current edition of Maritime Security Week!