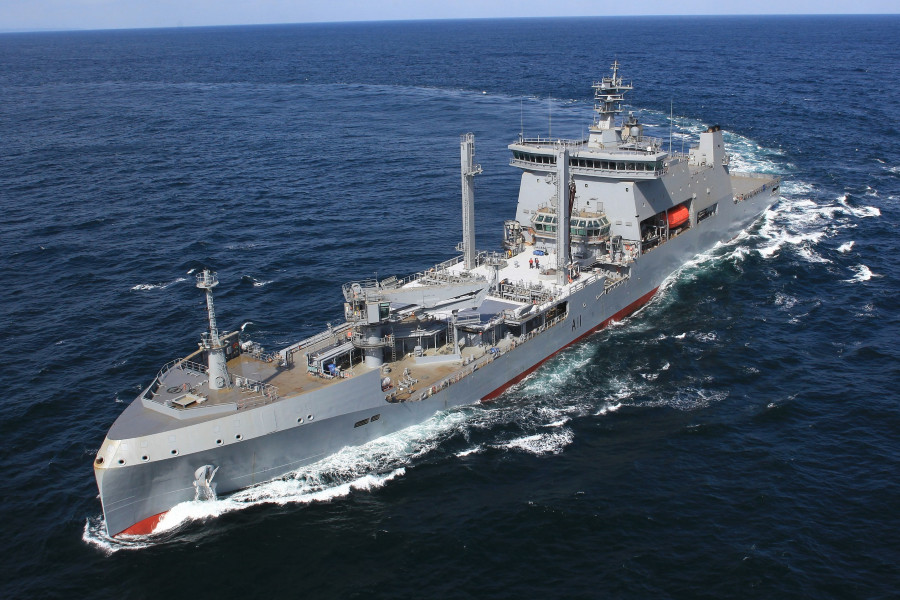 The largest ship ever to be operated by the Royal New Zealand Navy (RNZN) is a highly versatile fleet replenishment tanker capable of providing adequate logistical support to deployed units of the RNZN and even others from the New Zealand Defence Forces (NZDF) and friendly nations for extended periods.

Perhaps the most important benefit guaranteed by this capability is that deployed RNZN and NZDF units will have a readily available source of vital supplies wherever they may be in the world, such as when they are conducting peacekeeping, anti-piracy, training, and humanitarian aid missions in other regions for weeks at a time.

Named after the traditional Maori word for New Zealand, Aotearoa can carry a total cargo volume equivalent to that of 22 standard 20-foot shipping containers. The onboard equipment even includes a desalination plant that can produce up to 100,000 litres of fresh water per day, an attribute that is particularly vital in certain situations such as when NZDF units are delivering humanitarian aid to disaster-stricken areas with limited access to clean drinking water. The ship’s cargo tanks meanwhile can hold around 8,000 tonnes of marine fuel and another 1,500 tonnes of aviation fuel.

Like many modern supply tankers in service with other countries’ navies, Aotearoa can carry out replenishment at sea (RAS). This capability will allow RNZN task groups to receive sufficient quantities of fuel and other vital stores while minimising the number of needed port resupply stops en route, which will in turn mean less time spent sailing to an operational area.

Aotearoa was also built for operation in Antarctic waters, allowing it to perform vital resupply of New Zealand’s two scientific research stations on the remote continent. For this purpose, winterisation features such as upper deck trace heating, underwater fittings. and an ice-strengthened hull have also been incorporated in the final design, ensuring the ship’s compliance with Polar Class 6. 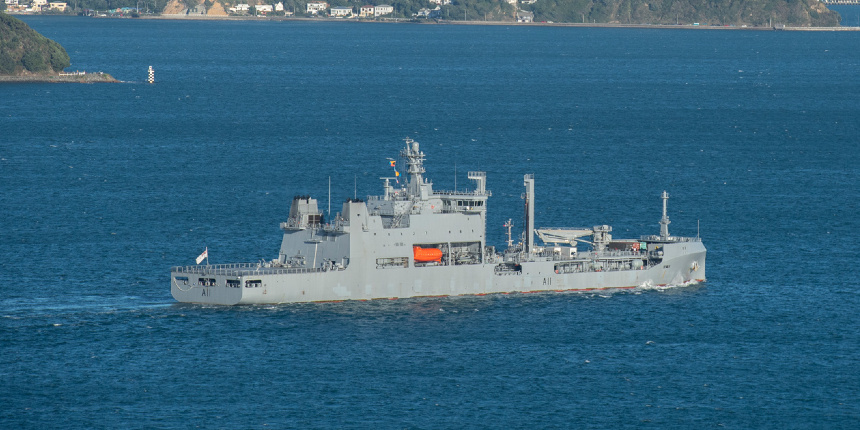 Thanks to its range of 6,750 nautical miles, the ship can access a large selection of ports and harbours worldwide as well as areas with little to no prepared port infrastructure. This long range also enables it to stay out at sea for long periods, an important attribute when accompanying RNZN ships conducting extended patrols in areas where logistical support would otherwise be non-existent.

A FarSounder Argos 1000 forward-looking long-range sonar provides Aotearoa‘s crew with real-time 3D data of the sea ahead. The sonar is also intended to help the large ship navigate through shallow areas that may be strewn with debris, like areas with unprepared ports and even the waters in and around Antarctica.

A CarteNav AIMS-ISR integrated sensor management system collects all data gathered by the ship’s various sensors (i.e. radar, EO/IR video cameras, AIS, etc.) to present the bridge crew with an augmented reality-based tactical picture of the immediate area around the ship. Effective maritime surveillance control is made possible through this system, which also includes moving map displays and vessel classification and tracking. 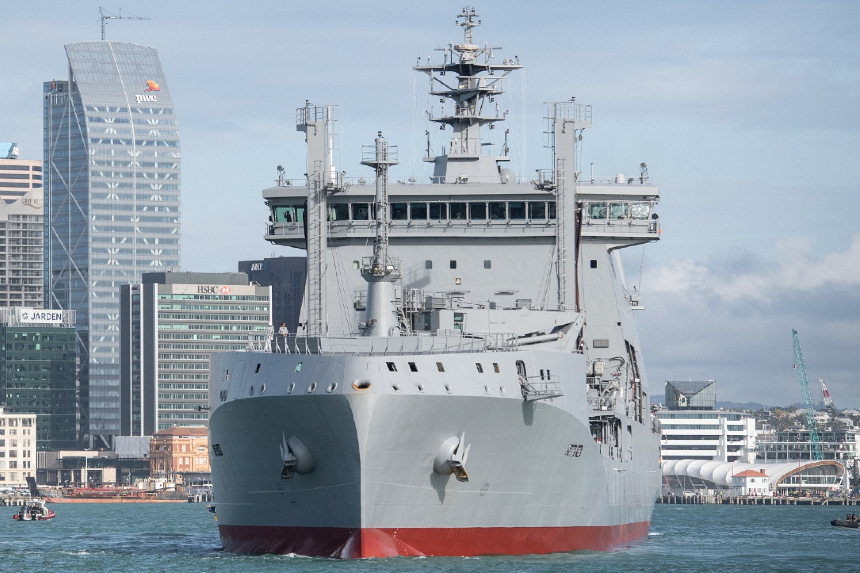 Being a large ship, Aotearoa has ample accommodation spaces for its core crew of 64 as well as 34 other personnel including passengers and aviation crews. There are also medical facilities consisting of a treatment room and a two-berth ward. The stern has a flight deck and hangar designed for one medium utility helicopter.

Although the tanker is primarily an auxiliary support platform not meant to engage in combat, it possesses limited self-defence capability provided by a Phalanx 20-millimetre close-in weapon system (CIWS) designed for use against low-flying aircraft, helicopters, and even anti-ship missiles. There are also two Rafael Mini Typhoon remote weapon stations fitted with light machine guns on port and starboard.

The onboard electrical systems and even the RAS system and bow thruster all draw power from four MTU generator sets.

Aotearoa was handed over to the RNZN in June 2020 and was commissioned into service the following month. The ship and its crew are continuing to undergo further trials that senior navy officials expect will bring it to full operational standard. Among the first missions it will perform upon completion of this crucial phase will be a resupply voyage to Antarctica, which will be conducted jointly with Australia in early 2022. 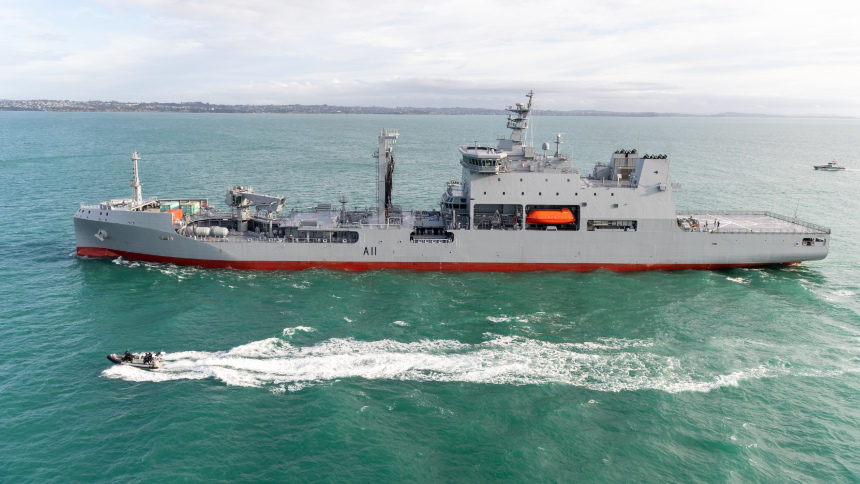