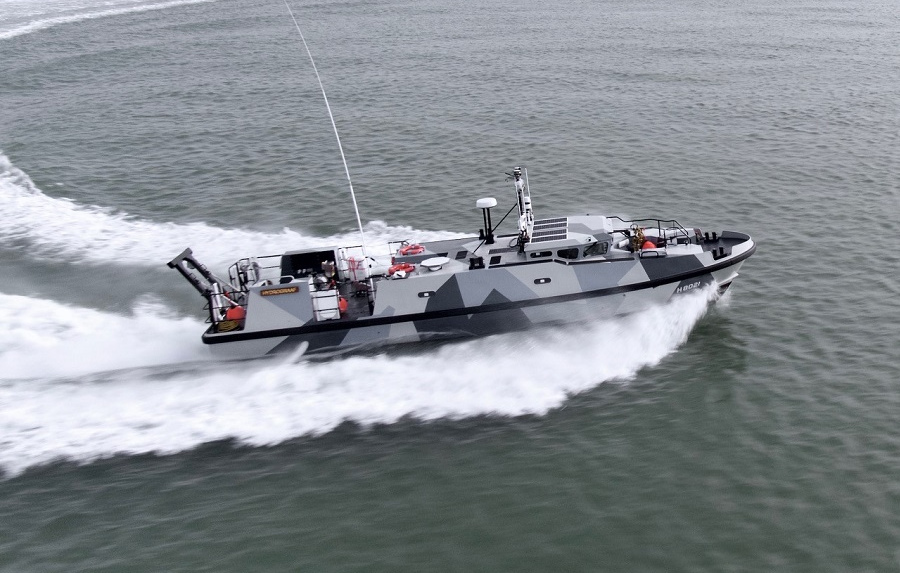 Hydrograaf will be operated primarily as a daughter craft on some of the navy’s larger vessels, though it will also be capable of extended duration or long-distance survey missions far from its mothership. It is optimised for rapid environmental assessments and hydrographic surveys in narrow areas such as harbours and river entrances as well as more open environments like coastal waters and shipping channels.

The 15.7-metre, 24-tonne ESB prototype was designed by DSHS in close collaboration with the Defence Materiel Organisation (DMO), the central procurement agency of the Dutch Ministry of Defence. The vessel was developed as a replacement for the RNLN’s existing 10-metre vessels that are currently used for conducting hydrographic surveys despite their not being originally designed for the task. These small boats also lack the necessary endurance for carrying out prolonged surveys, thus necessitating that they remain close to the mothership at all times. 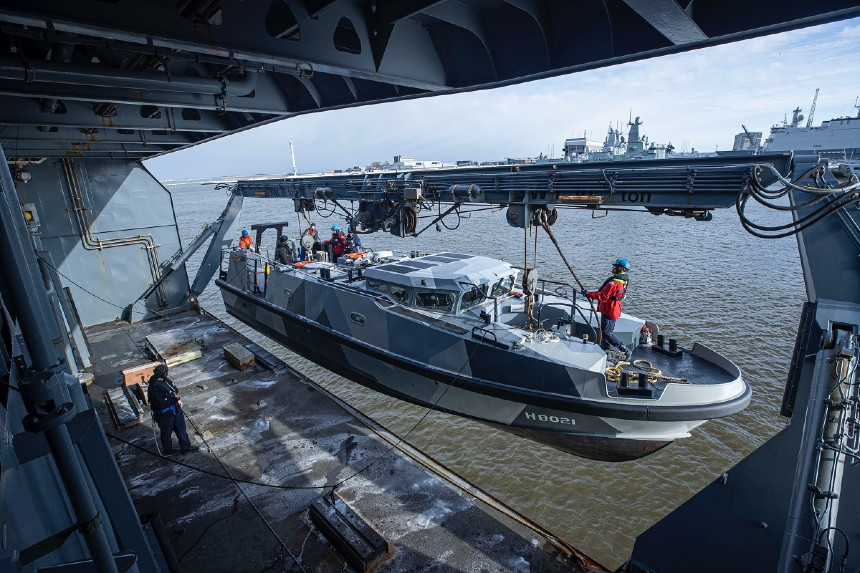 Also, because of its ability to operate in tight and shallow waterways such as ports, the ESB can easily access areas where the RNLN’s Snellius-class hydrographic ships will be too large to operate despite each one having a much greater array of survey equipment.

Hydrograaf is manned by two crewmembers and two technicians who will operate the hydrographic equipment. Even with its rather small size, it is a highly versatile platform, having been designed to perform a range of diverse duties. These include collecting data on environmental conditions in support of amphibious operations, hydrographic surveys to help the larger RNLN ships prepare for emergency relief operations, assessing whether larger ships can moor at a port following a hurricane, and general hydrographic survey duties on the Dutch continental shelf in support of the national government.

The ESB still boasts adequate space for survey equipment even with its maximum displacement being limited to 24 tonnes. This will allow it to stay within the maximum permissible weight limits of the standard boat davits on the larger RNLN vessels, particularly the logistics support ship HNLMS Karel Doorman and the landing platform dock HNLMS Johann de Witt.

The ESB can reach a speed of 20 knots though survey operations will require lower speeds, which will in turn mean reduced noise and vibrations essential for survey missions to be properly executed and accurate data to be collected. A survey speed of five knots will also mean the vessel can stay out at sea for up to 60 hours before it needs to return to its mothership.

Although Hydrograaf is not intended to participate in combat operations, the vessel nonetheless features ballistic protection against rifle-calibre bullets around the wheelhouse and the engine room as well as fixed weapon mounts for light machine guns. The RNLN had requested these defensive measures in anticipation of the ESB and its crew being tasked to carry out survey missions in denied areas. 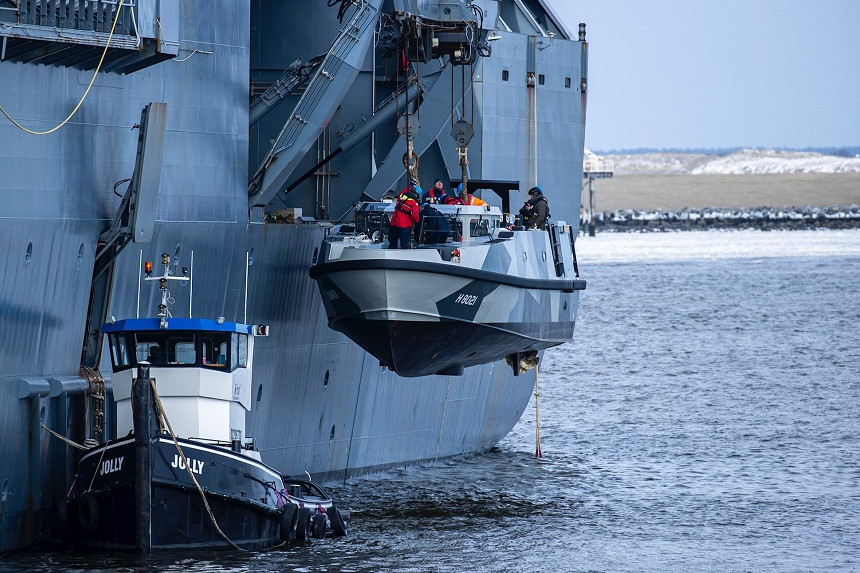