BOOK REVIEW | “Go Find Him and Bring Me Back His Hat”: The Royal Navy’s Anti-Submarine Campaign in the Falklands/Malvinas War 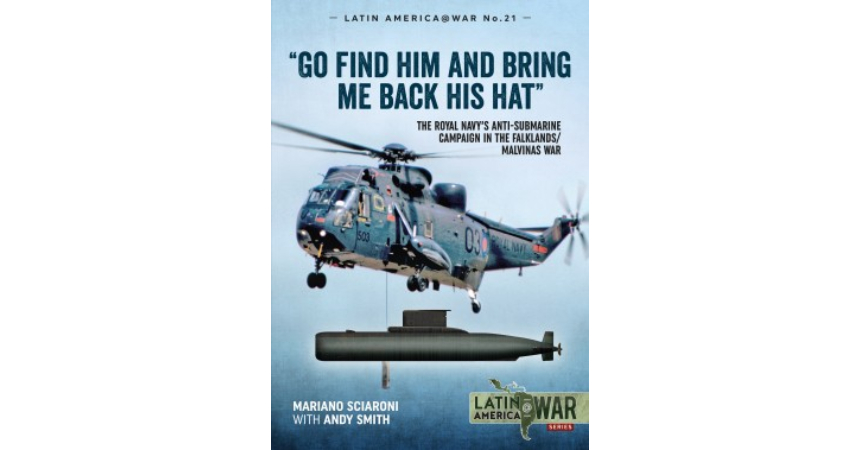 This brief but very valuable book describes the realities of allegedly “state-of-the-art” anti-submarine activities during the Falklands War in 1982 when Britain’s Royal Navy was still, again allegedly, a global naval power.

Clearly, anti-submarine warfare (ASW) was then, as probably always, a “hit and miss” affair. In this case, rather more miss than hit. While one ancient Argentinian submarine was run ashore and effectively destroyed on South Georgia early in the war, its remaining two boats, or at least the threat they posed, managed to tie up a lot of Britain’s ASW resources thereafter.

Most of those resources, it seems, were expended in killing whales and destroying schools of fish or krill that the Royal Navy’s expensive, high-tech sonar and other sensors mistook for Argentinian submarines. Even worse, most of the expensive, high-tech weaponry in the form of torpedoes and depth charges used by both sides failed to work.

Of course, most of the activities described took place in shallow water where the RN’s then modern and powerful nuclear subs were ineffectual and, at the time, conventional diesel boats had a distinct noise advantage. Even allowing for that, it is worrying to contemplate how far our navies may or may not have advanced in ASW capabilities in the intervening 39 years since the Falklands War.

Providing an excellent foundation for further analysis of the whole ASW conundrum, this book offers a feast of food for thought.