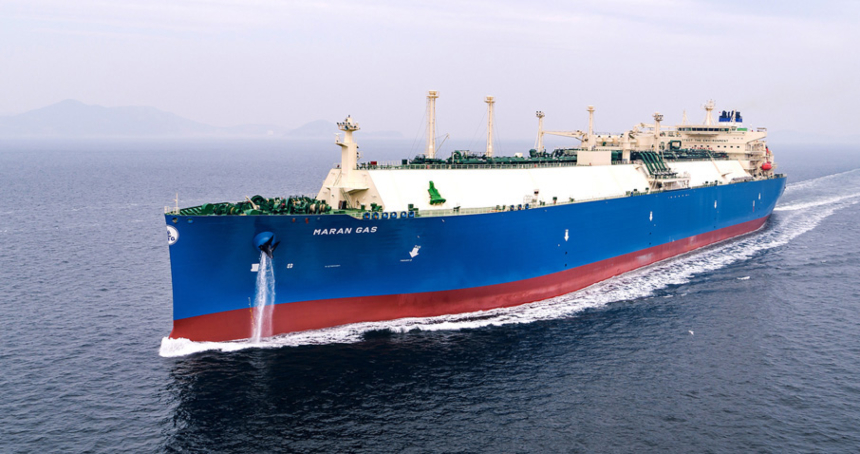 The 173,400-cubic-metre vessel is fitted with an air lubrication system which DSME claims would ensure five per cent less fuel consumption compared to other LNG carriers of similar size. The system works by injecting air along the bottom of the hull to create a thin yet continuous layer of air between the hull and the water, thereby reducing friction during normal sailing.

The air lubrication technology is set to be incorporated in all of Maran Gas Maritime’s future LNG carrier orders from DSME, the South Korean builder has confirmed.