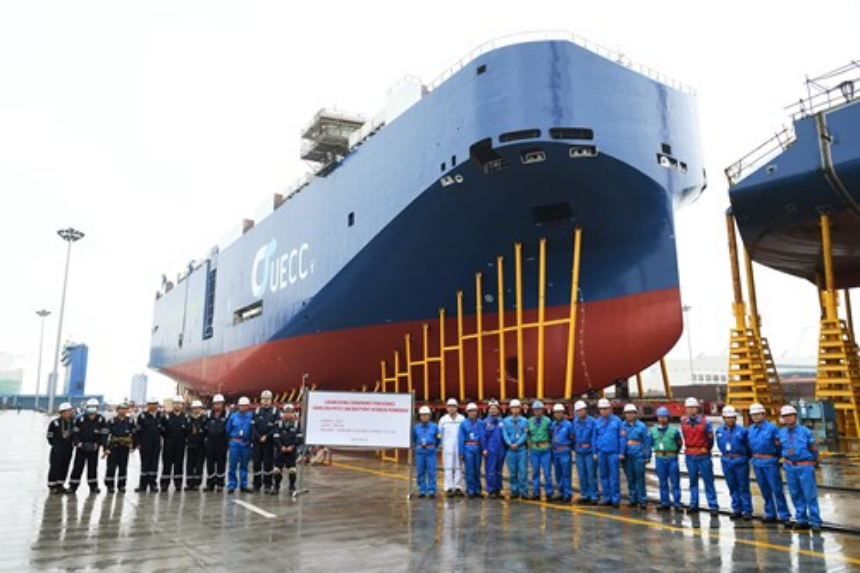 Like its sisters, the vessel is being built to comply with IMO Tier III NOx emission limitations in place for the Baltic and North Seas.

The ship will also be equipped with dual-fuel LNG engines for main propulsion and auxiliaries in line with UECC’s long-term plan of increasing the proportion of carbon neutral and synthetic fuels in the future fuel mix of its fleet.

Once completed, the PCTC will have an LOA of 169 metres, a beam of 28 metres, and 10 cargo decks with a combined capacity of 3,600 CEUs. It will also be able to accommodate a wide range of high and heavy and break-bulk cargoes in addition to cars and lorries.

The second and third ships in the series will be delivered to UECC in 2022.