Written by Baird Maritime on November 3, 2017. Posted in Harbour Tugs and Operation. 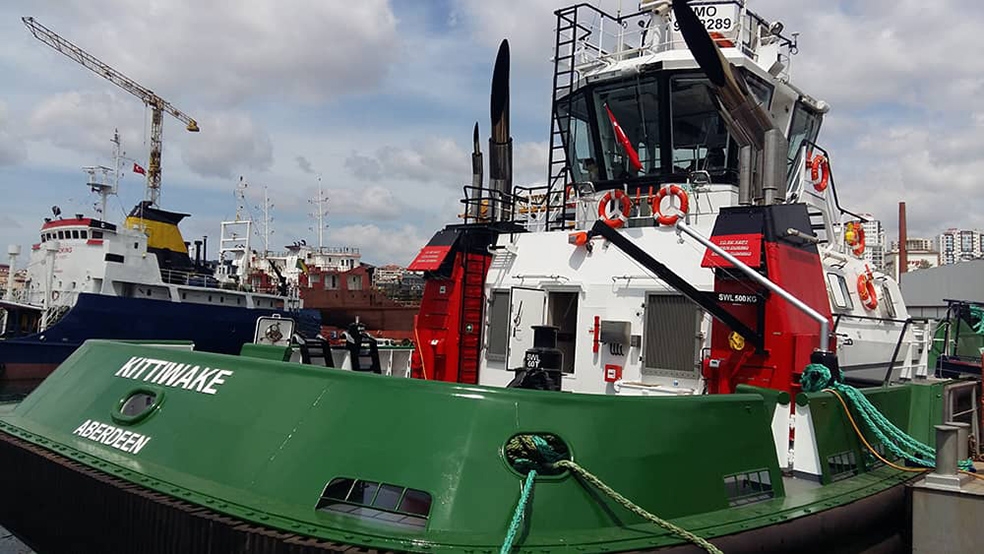 Renamed Kittiwake on arrival in Aberdeen, the newbuild is supporting port and terminal operations at the Hound Point marine terminal on the Firth of Forth, Scotland. The terminal loads oil that is produced from North Sea platforms on to tankers for export worldwide.