Written by Baird Maritime on September 4, 2017. Posted in Marine Research and Training. 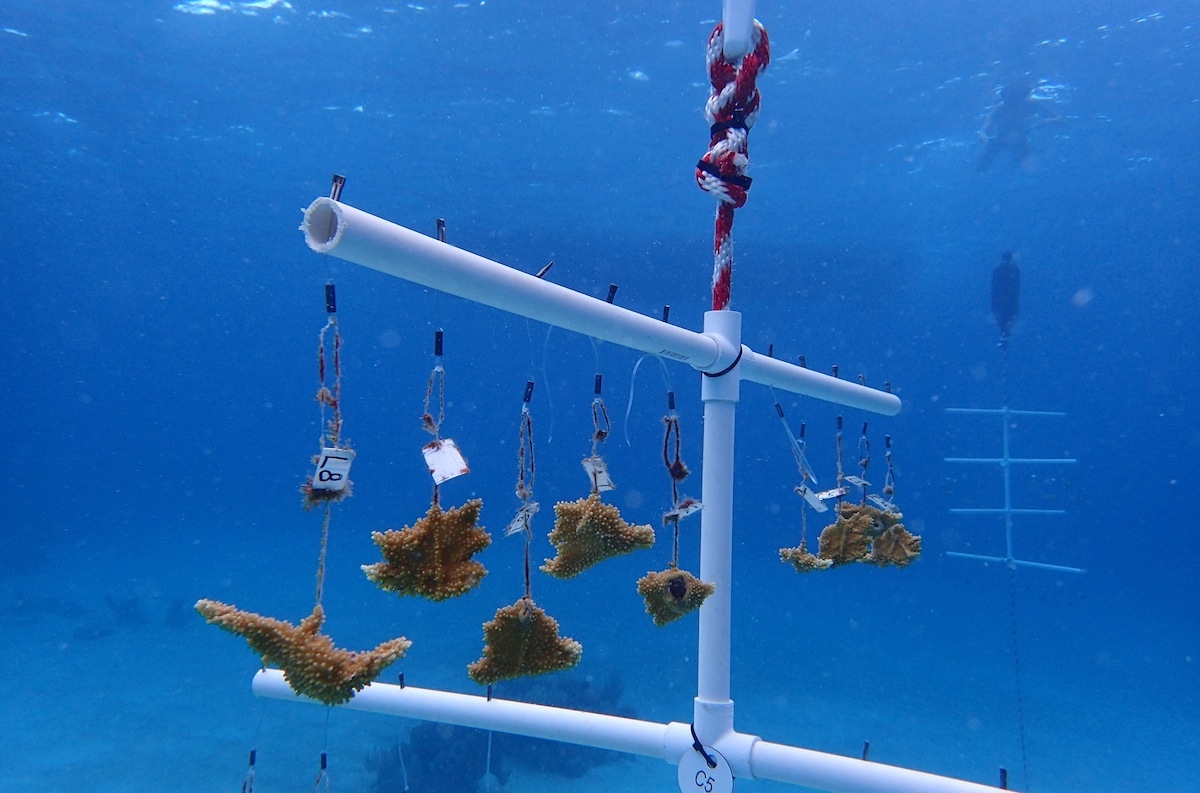 Van Oord has formally delivered and handed over an in-house-developed “coral engine” in the Bahamas.

A coral engine is an underwater coral nursery that contains both locally sourced coral fragments and sexually produced coral juveniles of varying ages.

As the corals grow, the coral engine provides a continuous source of outplaceable corals with which local stakeholders can rehabilitate coral reefs or create new ones.

Over the past few years, Van Oord has been involved in several dredging and marine works around New Providence, Bahamas.

Corals that were located in the footprint of the access channel were relocated to a recipient site nearby to ensure their preservation. In addition to the relocation, Van Oord was actively involved in the breeding of coral.

“We shipped our mobile coral breeding facility ReefGuard to the Bahamas and produced thousands of sexual recruits obtained from local spawning events on our preconditioned settlement substrates with the help of local volunteers,” said Mark van Koningsveld, Van Oord’s Manager Research and Development Engineering. “The sexually produced coral recruits of various ages have been combined with a number of coral fragments to form a coral engine.”