Written by Baird Maritime on December 17, 2018. Posted in Dredging and Land Reclamation. 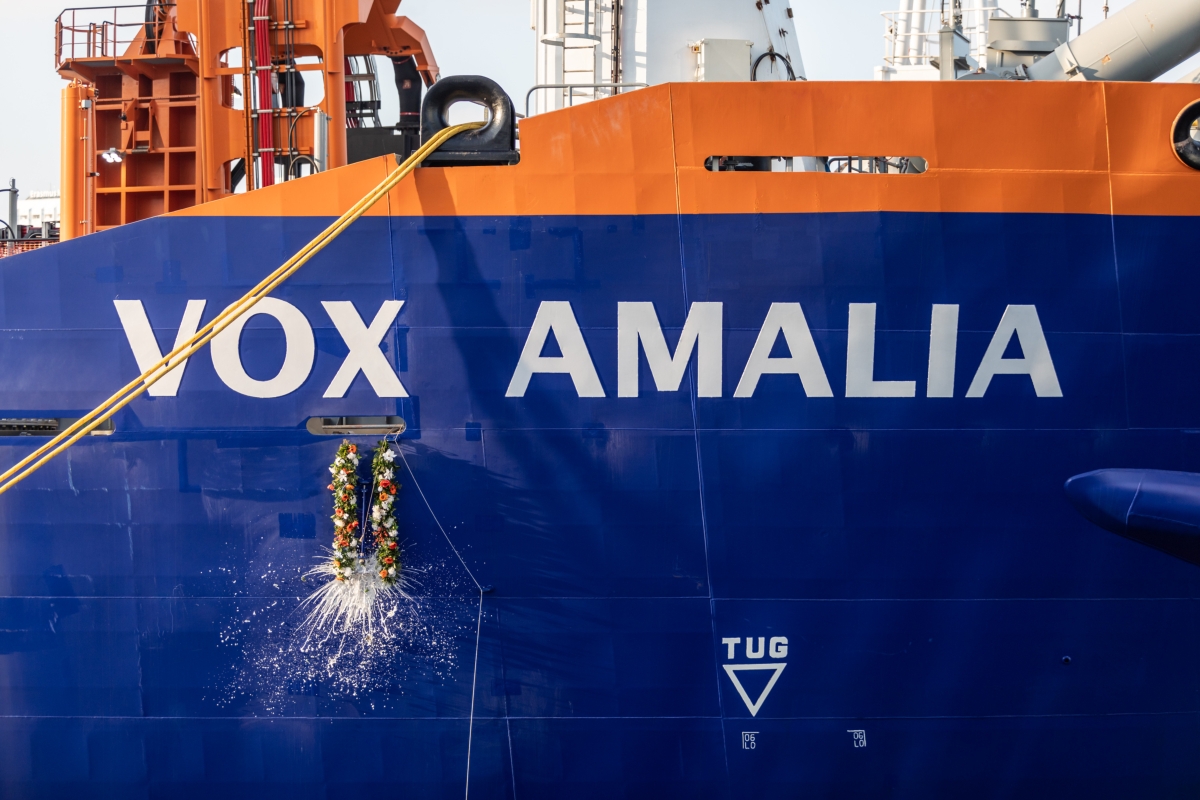 Vox Amalia is the newest addition to Van Oord’s mid-class hopper dredger fleet, which consists of vessels that have both large deadweights and shallow draughts.

The vessel has a length of 158 metres, a width of 36 metres, and a hopper capacity of 18,000 cubic metres. Following its christening, it will undergo trials in the Netherlands and then be deployed on dredging projects worldwide.

A sister vessel, Vox Alexia, is expected to be completed early next year. The two vessels have been named after the daughters of Her Majesty Queen Máxima of the Netherlands.