Written by Baird Maritime on November 22, 2017. Posted in Marine Research and Training. 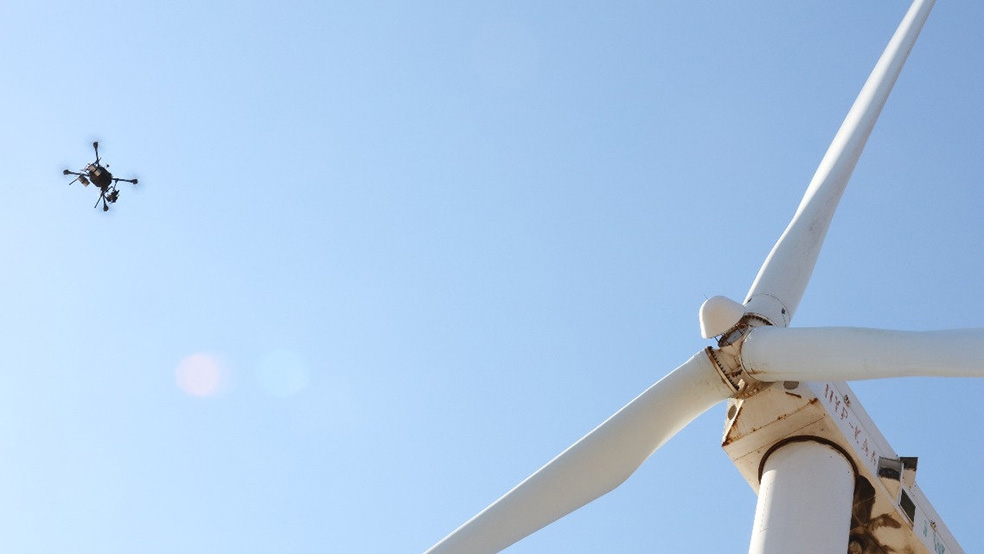 A consortium of robotics companies, aircraft manufacturers and researchers has been awarded an Innovate UK grant to develop a drone-driven surface inspection system for offshore wind turbines.

Perceptual Robotics is collaborating with ASV Global, the University of Bristol and Vulcan UAV to develop key technologies for the autonomous inspection of offshore wind turbines.

The team will be integrating an aerial system – with upgrades from Vulcan UAV and the computer vision lab of the University of Bristol, with an autonomous surface boat provided by ASV – creating a system to deploy and recover the drone without the need for human interaction in the offshore environment.

Under the £1.2 million (US$1.6 million) grant, they hope to use 3D tracking to enable drones fitted with cameras to inspect offshore wind farms, reducing the need for costly and labour-intensive manual inspection.

The long-term vision is to enable fully autonomous inspections – working from an autonomous boat while being monitored remotely from land.

Perceptual Robotics is hoping to build on its Dhalion technology, which features a drone reportedly capable of operating in wind speeds of up to 15 metres per second and light rain for more than six hours a day.