Written by Baird Maritime on February 14, 2018. Posted in Offshore Renewables. 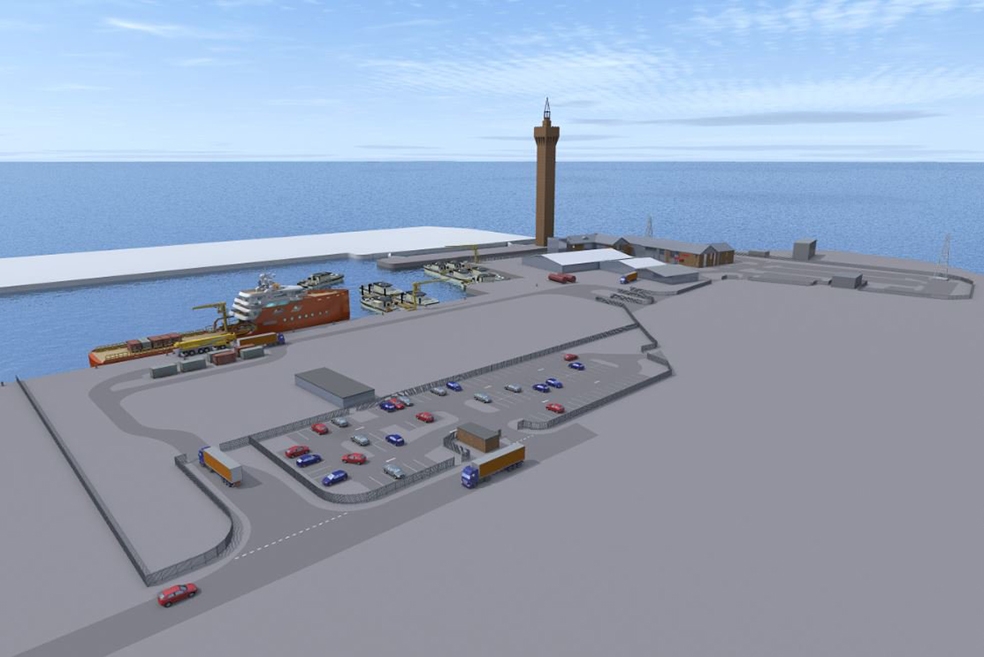 Hull-based construction firm Hobson and Porter has been chosen to build the United Kingdom’s largest offshore wind operations centre at the Port of Grimsby.

The hub at Royal Docks will host service vessels capable of accommodating up to 60 crew and technicians. It will also include a marine and helicopter co-ordination centre to provide continuous service to offshore operations in Europe.

It will extend Ørsted’s 2014-built facilities that provide a base for the 270MW Lincs and 210MW Westermost Rough projects.

It’s hoped the hub will be operational by 2019 and provide berths for two Østensjø Rederi-made service operations vessels (SOV) that will be delivered this year for work at its 1.2GW Hornsea 1 and 573MW Race Bank wind farms.

The SOVs will be able to service up to eight wind turbines a day and will spend up to 28 days deployed in the field.

Ørsted UK Managing Director Matthew Wright said Ørsted is developing two of the world’s biggest wind off the Yorkshire Coast, Hornsea Projects One and Two, with a combined capacity of 2.59GW.