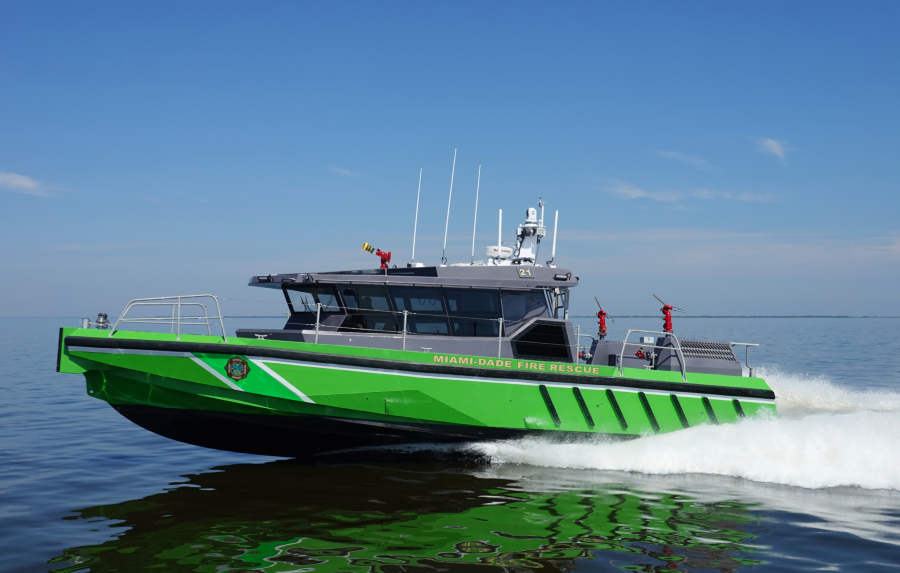 Designed by Metal Shark’s in-house engineering team and built to Lloyd’s Register standards, the welded-aluminium FB-21 and FB-73 were acquired to boost MDFR’s maritime firefighting capability as well as to replace some of the existing vessels in its fleet.

The new vessels are also designed to aid their crews in detecting and identifying any chemical, biological, radiological, nuclear and explosive (CBRNE) threat. They are thus equipped with a comprehensive array of detection meters and other equipment necessary to prevent such an event.

The custom-built boats each have a length of 55 feet (16.8 metres), a beam of 17.5 feet (5.3 metres), and two MAN D2868 LE456 1,200hp (800kW) inboard diesel engines coupled to Marine Jet Power (MJP) 350X waterjets via ZF 500 transmissions. These enable FB-21 and FB-73 to reach speeds in excess of 44 knots, making them considerably faster and thus capable of shorter response times compared to the older boats that they will be replacing. The engines can also deliver a cruising speed of 30 knots.

The vessels may be operated from three different stations, each of which is equipped with MJP digital controls and joystick vector control system for pinpoint manoeuvring in close quarters situations, making the craft easier to navigate when fighting fires or evacuating accident victims in narrower areas such as marinas, lakes, and rivers. 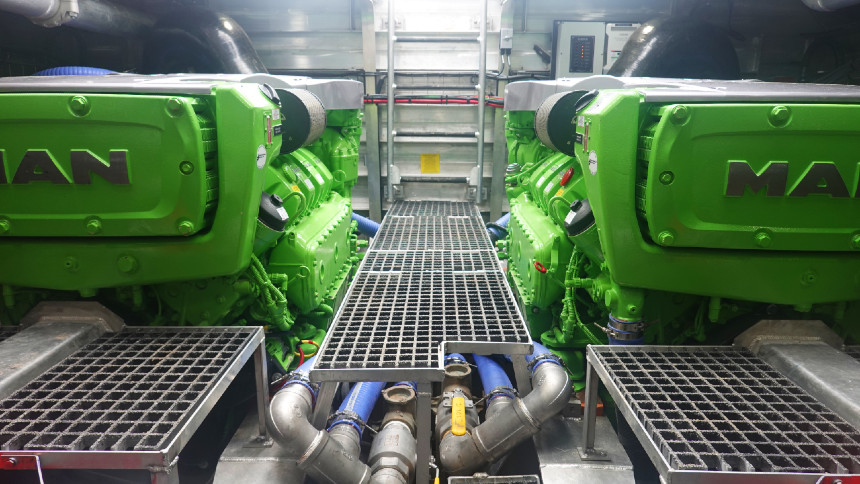 Each boat has a pilothouse with a reverse-raked windscreen for improved visibility for the operators, including downward-angle visibility from the helm station, a crucial feature during man overboard retrieval or while manoeuvring alongside smaller vessels. A panoramic skylight array provides an unobstructed upward view when operating alongside larger ships or elevated structures, or during helicopter hoisting operations. 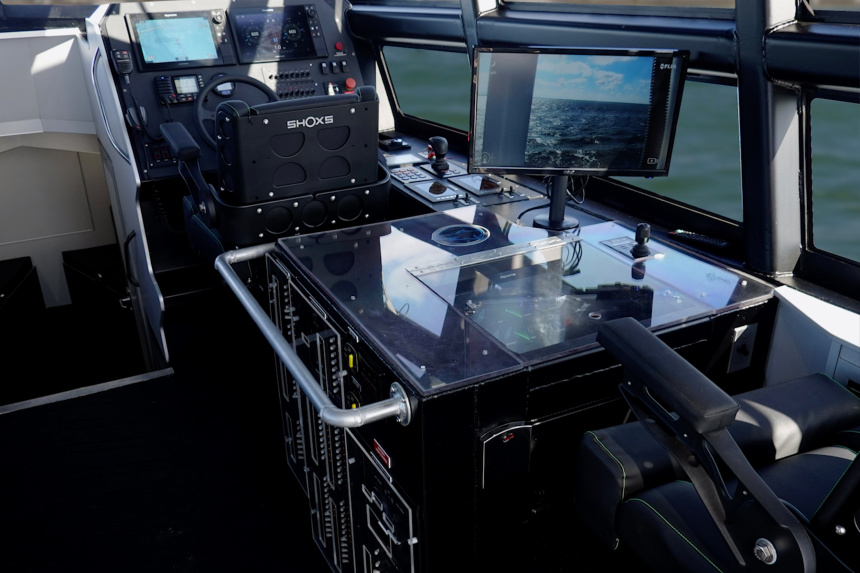 The climate-controlled pilothouses feature twin Dometic Emerald HVAC units, ensuring crew comfort during operations in Florida’s warm coastal waters and even when fighting fires. There are also Allsalt Maritime SHOXS shock-mitigating seats for four crewmembers as well as seating for another 12 occupants and space for three patients on backboards. Anti-fatigue, non-slip, vibration- and sound-absorbing flooring is installed throughout.

An enclosed head compartment provides a freshwater shower to decontaminate firefighters who have been exposed to harmful chemicals or firefighting substances. A sink and marine toilet are also provided. The onboard electrical systems are powered by a Kohler 15EOZD diesel generator. 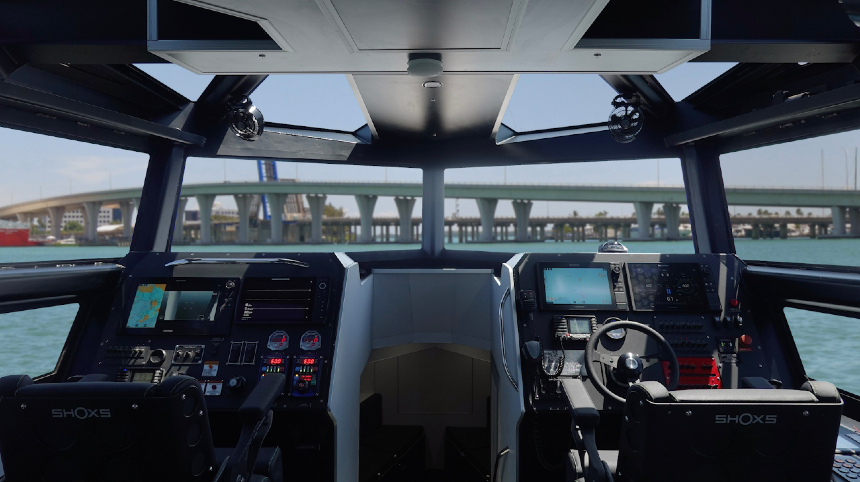 The craft are also equipped with two Darley ZFE 3000 self-priming, PTO-driven fire pumps with a combined flow rate of 8,500 gallons per minute (32,000 litres per minute). Each pump draws from its own dedicated in-hull sea chest, feeding a central manifold with crossover capability, which in turn supplies the entire system. From the fire control station at the port helm, flow is directed as desired via electronically-actuated valves.

The vessels are each equipped with a remote-operated Elkhart Spitfire electric rooftop monitor to enable firefighting operations while ensuring increased safety for the crew. There are also two Elkhart Copperhead aft-mounted monitors for use in situations where crews will not be put at risk when out on the deck, two aft dual handline outlets, forward and aft Storz hydrant outlets, and an outlet at the bow to accommodate a monitor-extending attachment from Task Force Tips. Dual 55-gallon (208-litre) reservoirs carry a total of 110 gallons (416 litres) of aqueous film-forming foam per vessel. 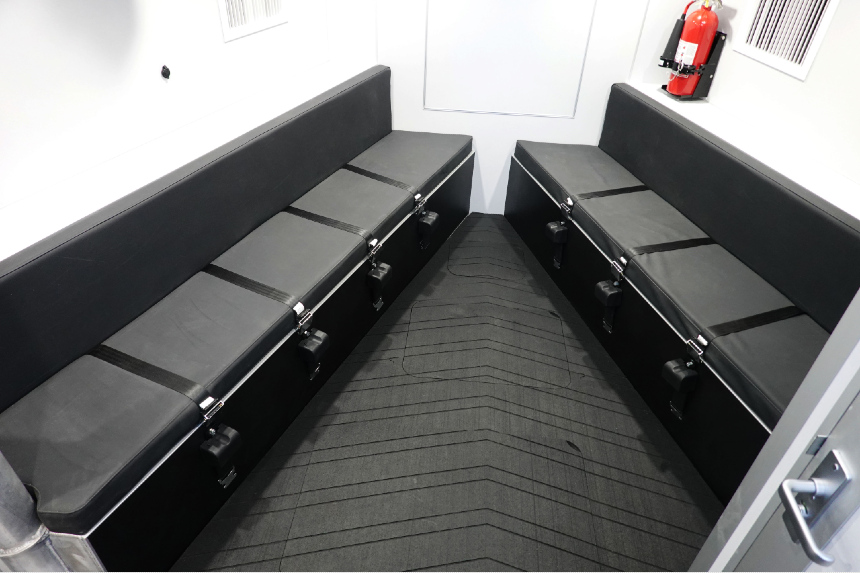 An advanced Raymarine electronics suite includes multiple multi-function displays, with units installed at each of the three operators stations providing radar, GPS, engine and systems data, and displaying video feeds from onboard cameras.

These units also display the feed from the gyro-stabilised FLIR M400 XR multi-sensor thermal night vision camera with firefighting mode. This specialised camera defines target temperatures and isotherms to aid firefighters in dealing with blazes by locating the seat of the fire from the exterior of the ship, thereby allowing water to be concentrated on the most optimum areas to reduce the time it would take to extinguish any flames.

A dedicated officer communication station has been equipped with two Motorola APX 8500 all-band mobile radios, Harris P-25 radio, Standard Horizon GX6000 VHF radio, and a dedicated monitor for viewing the onboard camera feeds. Two additional GX6000 VHF radios are installed aboard each vessel, with one located at each station. 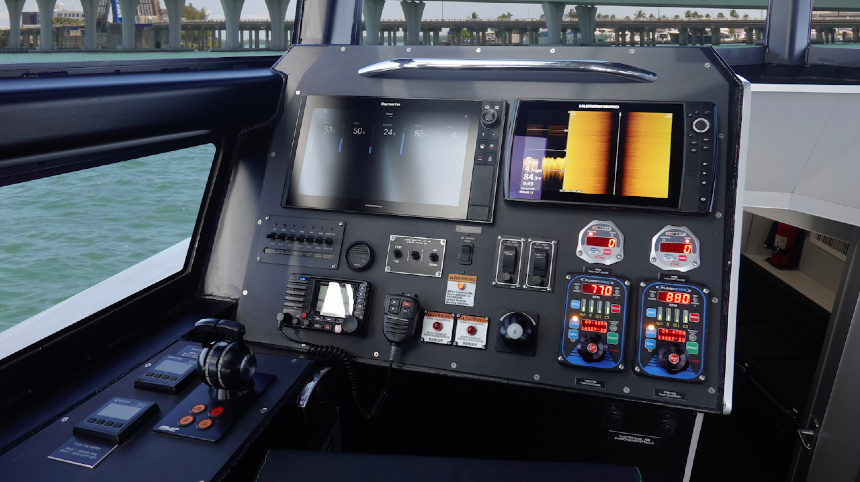 The new vessels will replace MDFR’s ageing maritime response fleet, with FB-21 based out of Baker’s Haulover Inlet and FB-73 at Port Miami. Each fireboat will be staffed with a crew of four personnel specifically trained in marine firefighting, dive rescue, and emergency medical services. The boats will be kept ready for immediate response as needed throughout the entire South Florida Region, which also includes the Everglades, the Gulf Intracoastal Waterway, Biscayne Bay, the Atlantic, and even inland canals and lakes.

In addition to responding to incidents within MDFR’s jurisdiction, the boats may also be called on to assist in operations involving other county, state, and federal agencies such as the US Coast Guard. 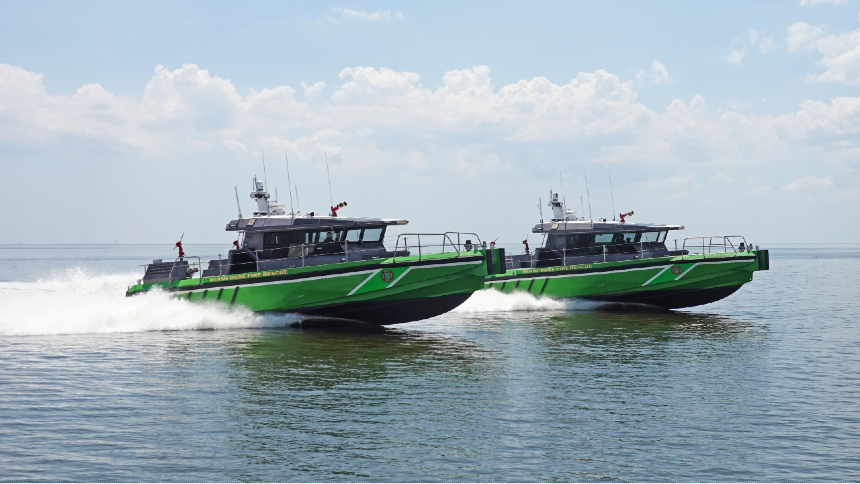