Written by Baird Maritime on January 23, 2019. Posted in Ro-Pax World. 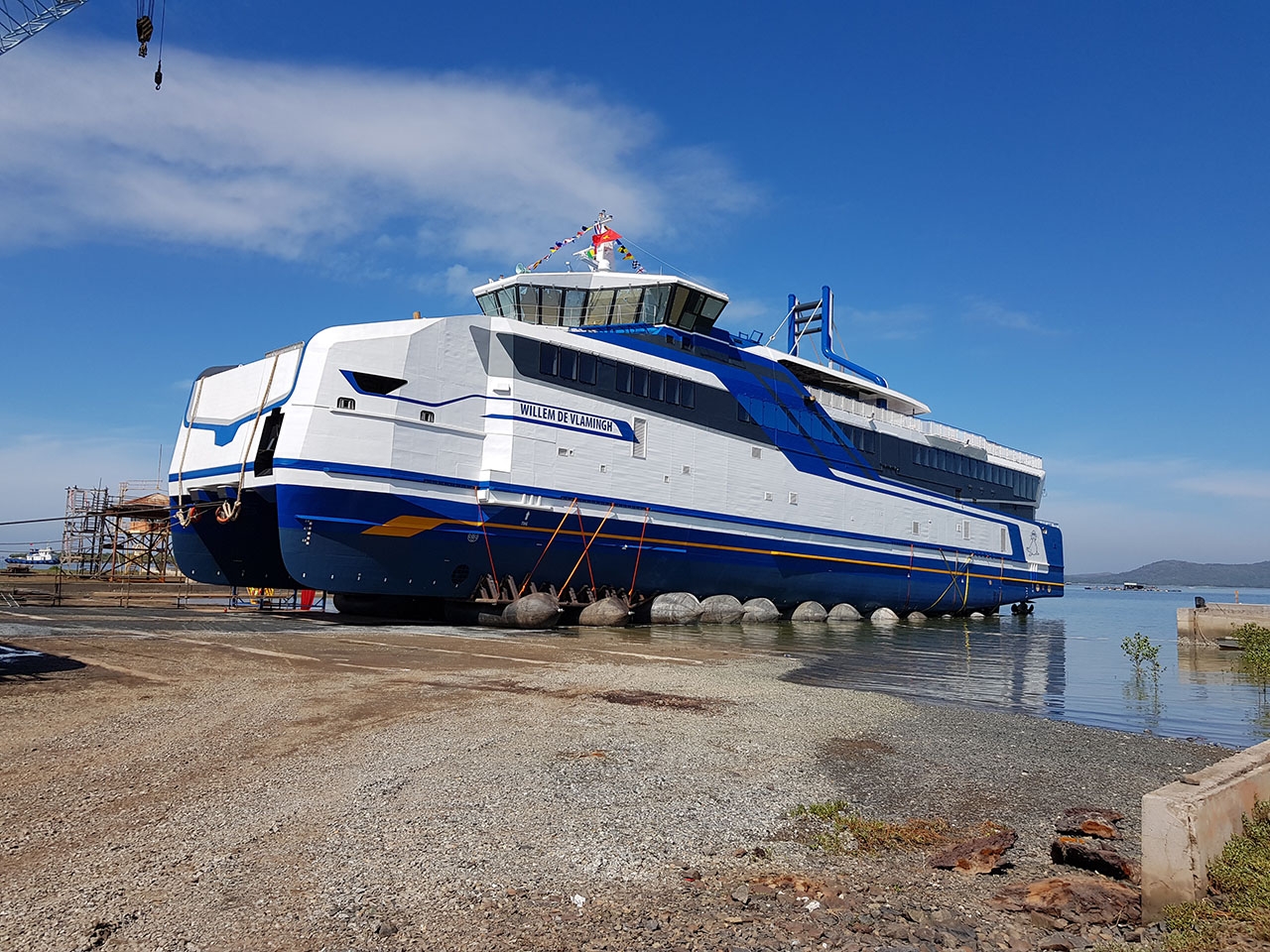 The vessel then took to the water for the first time that same day at the Vung Tau, Vietnam yard of Australian shipbuilder Strategic Marine.

Designed by BMT Nigel Gee, the vessel has been named Willem De Vlamingh in honour of a 17th century Dutch ship captain who was one of the first individuals to explore the central west coast of what is now Australia.

Willem De Vlamingh has capacity for 600 passengers and 64 cars. Twin MTU lean burn single fuel LNG engines will give it a speed of 14 knots.

The vessel will be delivered to its new owners in the Netherlands in March 2019 in time for commencement of daily operational sailing in July.