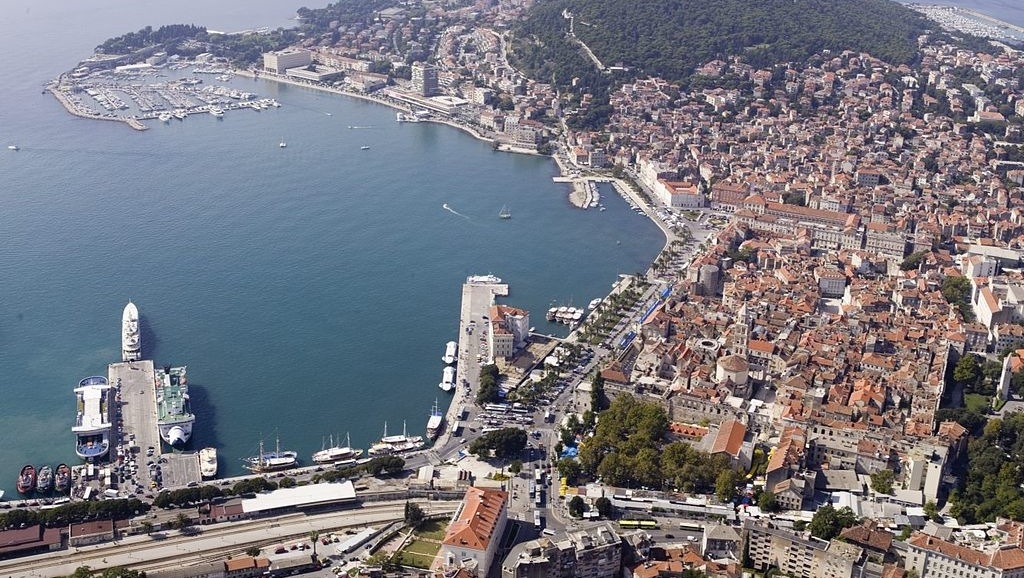 Delegates were welcomed by Croatian Prime Minister Andrej Plenkovic, who noted, “As a country where 18 to 19 per cent of GDP is from tourism, we attach great importance to the way tourists are transported to the islands along our coast.”

The pros and cons of alternative fuels

Mediterranean ferry operators voiced their concerns on meeting the 0.5 per cent sulphur emissions cap due in 2020. Minoan Lines managing director Antonios Maniadakis said that using low sulphur fuel would increase costs by €2 million (US$2 million +) per year. But clean diesel was advocated by Alan Klanac, Interferry president and former CEO of conference host Jadrolinija, who argued that LNG coolant technology was more suited to cold sea temperatures of 7-10 degrees such as in Norway. “Here in Croatia we face 27 degrees in summer and that’s a major issue,” he warned. Referencing another problem – the region’s shortage of LNG bunkering facilities – Attica Group CEO Spiros Paschalis said the company was collaborating on a dual-fuel ferry project while also working with a Greek distributor on the potential for more refuelling infrastructure.

Panos Mitrou of Lloyd’s Register suggested that the ferry sector was the best candidate for alternative fuels. He highlighted two European Union-backed schemes to encourage a switch in the Eastern Mediterranean – the Poseidon Med II project to provide LNG bunkering facilities at five ports, and the Elemed project promoting cold ironing and electric propulsion.

Supporters of electrification included Jan Helge Pile, managing director of Color Line’s marine and technical division. He said the Norwegian company’s 27,000GT diesel-electric Ro-Pax newbuild, due for delivery in 2019, was originally planned to be LNG powered. Later it became clear that competition for the best time slots on the single ferry berth at Sandefjord would favour the vessel with least emissions. “The vessel can operate for 60 minutes on batteries, meaning we will have unbeatable zero emissions in the agreed zone off the port,” he explained. “In any case, two years ago it was all about LNG yet now we are already hearing more talk about hydrogen.”

Jim Anderson, director of vessels at Scotland’s Caledonian Maritime Assets – where the fleet includes three small hybrid double-enders – confirmed that the company was actively working towards building a hydrogen powered ferry. The project dated from 2010 and a Capex model had shown it was feasible. However, because storing the fuel would occupy a large amount of vessel space, bunkering would be required every second day and that raised the problem of how to fit it into the timetable.

A Ro-Pax case study presented by MAN passenger ship sales head Sokrates Tolgos concluded that life cycle costs were 14 per cent higher using LNG and 31 per cent higher for MGO compared with the HFO/scrubber option – a solution that met regulatory requirements and was in line with industry forecasts that 80 per cent of marine operations would be HFO fuelled in 2030. As for electrification, he argued, “You may have emissions-free ships but how do you produce the electricity? You’re just shifting the emissions somewhere else unless you can produce electricity in the quantities required without using fossil fuels.”

John Wright, managing director of safety consultancy and training specialist WrightWay, illustrated how the SailSafe project at Canada’s BC Ferries was currently saving the company two million dollars a year on hull & machinery insurance after a 50 per cent reduction in premiums over eight years – a 3:1 return on investment – as well as halving employee insurance premiums. “Safety and efficiency are two sides of the same coin,” he asserted. “Managements need to harness the enormous power of the workforce and achieve operational excellence through personal safety behaviour. That requires a change from ‘I speak, you listen’ to asking the troops how we can help and support them.”

European Maritime Safety Agency executive director Markku Mylly described initiatives including the Firesafe Ro-Ro project. Research during the first phase – focused on electrical fire risks and extinguishing failures – had shown that 30 per cent of fires originate on Ro-Ro decks and 90 per cent of these stemmed from vehicles. “More and more we have to look at the cargo,” he warned, adding that the second phase – due to end next year – would major on detection and containment and include a cost benefit assessment.

Members of Interferry’s new Domestic Ferry Safety Committee, formed to support developing nations, said their first task was to identify drivers for change and undertake a risk assessment. This would be followed by an action plan to link with collaborators and funding partners. The initiative has been launched in the light of statistics showing that 93 per cent of fatalities occur on domestic routes, creating,“an almost certainly under-estimated” death toll of 60,000 in the past 50 years. Seven countries accounted for 66 per cent of known fatalities, headed by the Philippines, Bangladesh and Indonesia.

Patrick Rossi, cyber security service manager at DNV GL, urged operators to include cyber piracy within their safety management strategy. ”Safety in shipping heavily depends on cyber systems and we now see that cyber attackers are migrating from typical IT targets to operational technology,” he warned. To guard against the impact on reputation, finances and safety, companies needed to produce a checklist covering issues such as firewall security, use of anti-virus and accessibility controls. “Start small,” Mr Rossi advised. “Highlight the red zones, get staff and crew involved and lever IT skills towards operational technology.”

Connectivity was the key word in sessions explaining how digitalisation, data mining and social media were crucial in building the customer experience and enhancing profits. As futurist and hi-tech writer David Rowan put it, “Digital tools can transform the ferry industry. Business won’t be the same and things will never move so slowly again.”

Delegates heard of growing customer demand for seamless exchange of intermodal travel information in order to research and book their entire journeys. Alan Warburton, founder of global distribution systems specialist Pharos Data, claimed the ferry sector had been slow to exploit the potential of integrating with other transport networks but was now part of multimodal feasibility trials under the European Union Travel Project. Brittany Ferries CEO Christophe Mathieu described how, within this scheme, the Ferry Gateway Project had been established to develop a common industry standard for interfacing reservations systems. Eight partners were involved and also included Color Line, DFDS, Irish Ferries, P&O Ferries, Stena Line, Tallink and Viking Line.

Kevin George, CEO of UK operator Red Funnel, explained that customer experience was second only to safety in the company’s business strategy and was the focus of their Good to Great project. “This includes ‘think like a customer’ training for all levels of staff and the return has been phenomenal according to feedback from customers,” he reported.

Numerous speakers underlined the vital role of social media in building the customer relationship, improving service support and enhancing reputation through the ability to engage directly with supporters and detractors. Dr Helen Cripps, an image and sentiment specialist at Australia’s Edith Cowan University, said, “Social media is very powerful for young people because they trust each other more than brands. It’s two-sided so you must stay engaged so that you can control the conversation and try to create an emotional attachment with your brand.”

Bernard Dwyer, CEO of Australian operator Spirit of Tasmania, reinforced the point by stating, “All passengers receive an email survey and we respond within 24 hours – celebrating our successes but also making any changes quickly because we want to get ahead of customers before they talk about us to third parties.”

Use of mobile phones was highlighted as an increasingly valuable aid in customer-generated brand loyalty – not just as a fast and convenient purchasing channel but also thanks to the power of pictures. A holiday photo contest run by BC Ferries had attracted 11,000 entries and a million views. As Ole Siversten, maritime head at US satcoms provider Global Eagle, revealed, “The trend today is for uploading. We are seeing pictures from ships like never before – and this can attract customers who won’t have heard of you.”