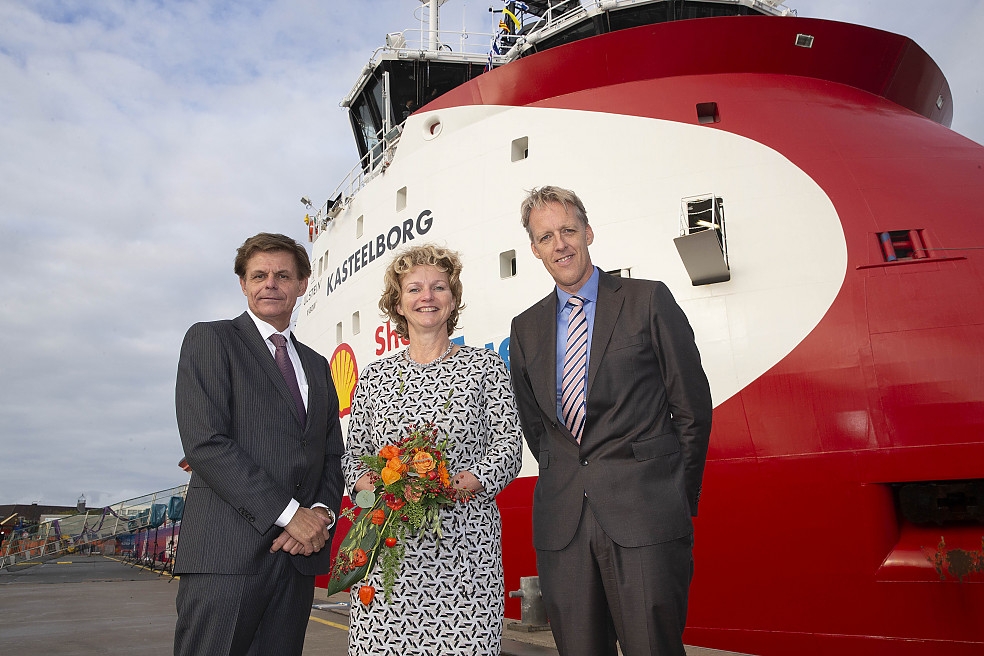 Kasteelborg, the second walk to work vessel in the Wagenborg Offshore fleet, was christened in a formal ceremony on Thursday, October 25, at the Port of Den Helder in the Netherlands.

Kasteelborg will serve as a standby and support vessel in collaboration with Kroonborg, which was commissioned almost three years prior, with maintenance of the unmanned platforms on the southern North Sea.

Nederlandse Aardolie Maatschappij (NAM) and Shell UK Exploration and Production have signed a six-year agreement with Wagenborg Offshore for the deployment of Kasteelborg.

Kasteelborg is similar in size to Kroonborg, but the newer vessel will be mainly used for emergency work and interventions, such as starting up installations and performing minor corrective maintenance. This allows Kroonborg to concentrate on the larger planned maintenance activities.