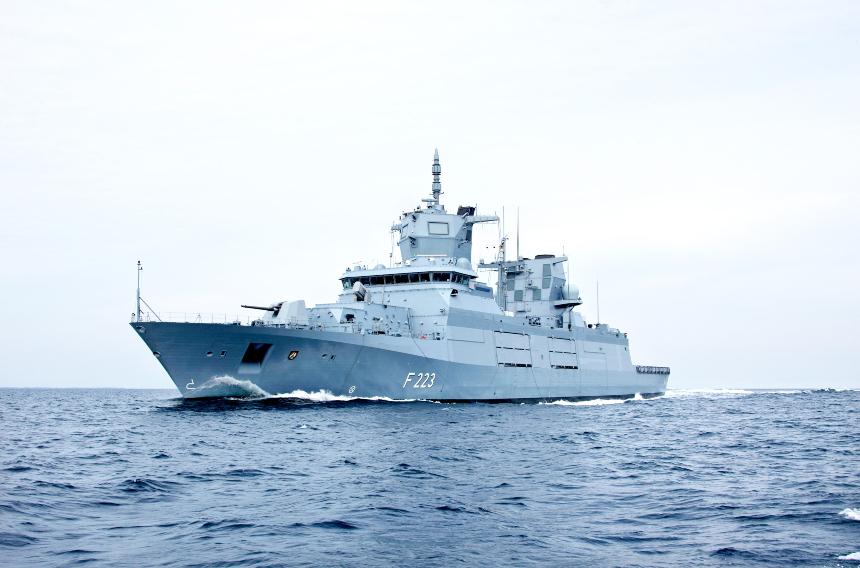 Named after the western German state of North Rhine-Westphalia, the vessel is the second of a planned four F125 or Baden-Württemberg-class frigates being built for the German Navy by the ARGE F125 consortium led by ThyssenKrupp Marine Systems (TKMS).

The frigate has a length of 149 metres, a beam of 18 metres, a displacement of approximately 7,200 tonnes, accommodations for 190 persons including 126 crew, and a maximum speed of 26 knots. In addition to the ability to engage targets on both land and water, it also has an air defence system and provisions for two anti-submarine warfare (ASW) helicopters.

Nordrhein-Westfalen is slated for further operational testing and crew training before it is commissioned into service.