Written by Baird Maritime on November 30, 2017. Posted in Offshore World. 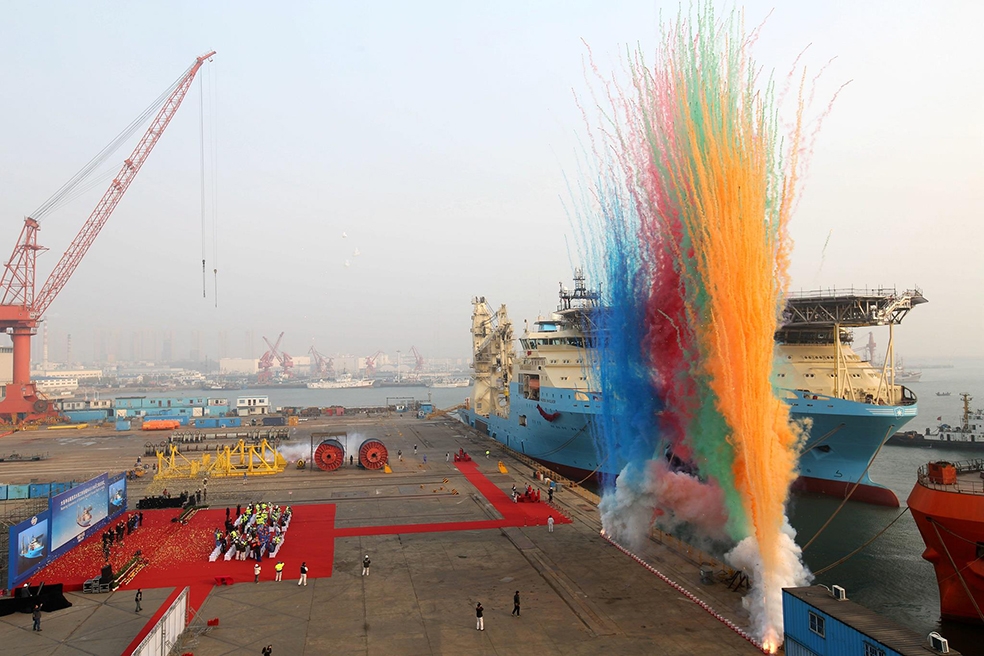 The delivery follows the Maersk Installer, who was handed over in October.

The two Stingray-class vessels are part of the US$470 million contract a subsidiary of COSCO Shipyard Group secured in August 2014 to build four subsea support vessels.

The vessels are of a Marin Teknikk design with length of 137 metres, and a beam of 27 metres. Accommodating 120 people, they are intended for a wide range of operations in deep and shallow water.

They have an 1,850-square-metre free deck area with sea-fastening features for project cargo, a Huisman 400-tonne active heave compensated crane, an SMST 100-tonne crane, and two work-class remotely operated vehicles capable of operating in up to 3,000 metres of water and with the option of being deployed over the side or through an internal moon pool.