Frankfurt am Main ready for NATO duties after repairs 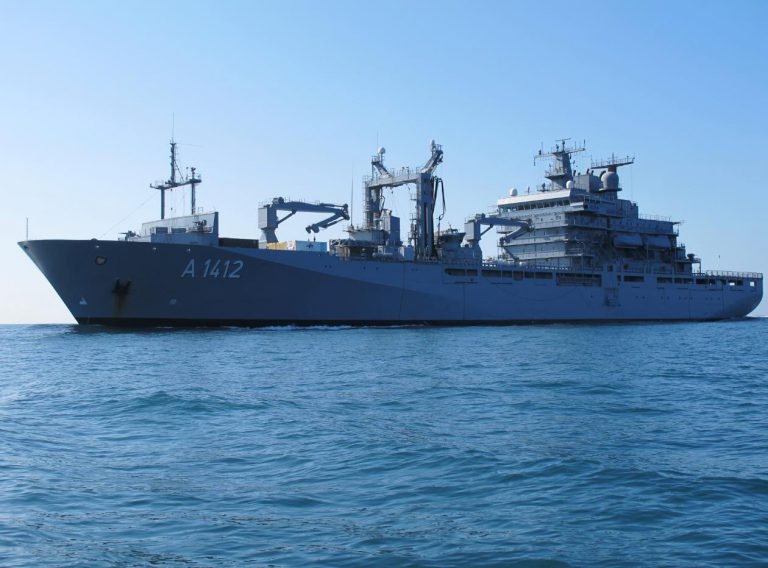 The ship sustained stern damage while reversing into a sea lock at Wilhelmshaven navy base in March.

It had to sail for Kiel, where it was repaired by German Navy Yards.

The Frankfurt am Main will return for a deployment with NATO’s Standing Maritime Group 2 in the Aegean Sea, where it will relieve the German Navy frigate FGS Lübeck.

It is expected to remain in waters off the Turkish coast for the next six months, returning home in March.

In a bid to curtail migration flow and smuggling activities, SNMG2 is monitoring and patrolling the Aegean Sea and reporting all migrant boats leaving the Turkish coasts for Europe.

Another goal of the operation is to increase cooperation between the European border agency Frontex and the maritime authorities of Turkey and Greece.