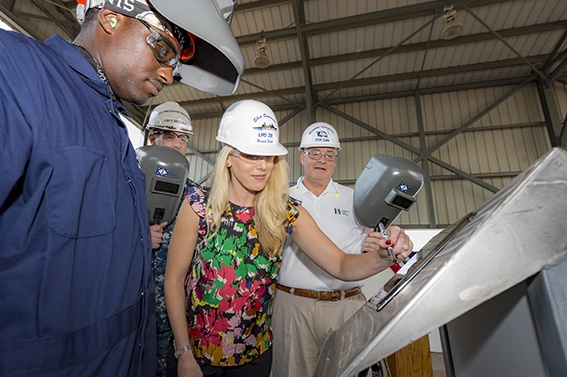 The start of construction of the US Navy’s San Antonio-class (LPD-17) amphibious transport ship has been marked with a keel laying ceremony at Huntington Ingalls Industries’ (HII) yard.

LPD 28 will be the US Navy’s 12th San Antonio-class ship and is the first navy vessel to bear the name of the Florida city that was an important naval training centre during World War II.

The 208-metre-long San Antonio-class ships are designed to support a variety of amphibious assault, special operations or expeditionary warfare missions.

They can operate independently or as part of amphibious readiness groups, expeditionary strike groups or joint task forces.

Fort Lauderdale is scheduled for delivery in 2021.