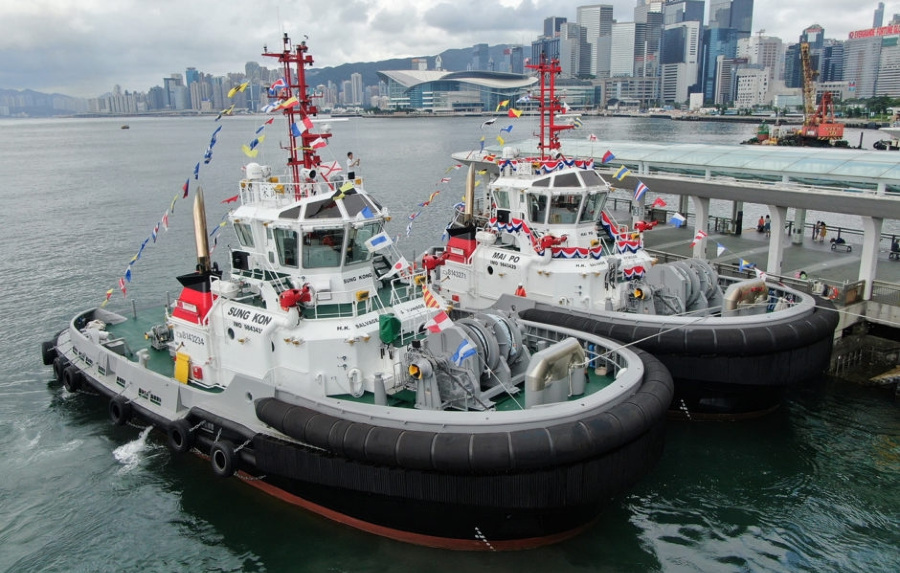 The flow of new tugs appears endless in spite of the world’s major economic difficulties and the cargo shipping recession. This week we will review several harbour tugs as well as specialised shallow-draft barge handling tugs. And just to prove there are other tug designers than just Robert Allan Ltd and Damen, we will show some from Macduff Ship Design and OSD-IMT.

Further, this week we are seeing some more variety in main engines with two of the tugs being powered by Yanmar, and, for a change, some non-ASD tugs that have been built by their own company in Indonesia.

The tug market is almost always exciting, interesting and, very importantly, active. There almost always seems to be a new role for a new tug. While most seem to be fairly similar ASD harbour tugs, it is the outliers, the different ones, that make life interesting.

It is good to learn of the new barge handling tugs in Indonesia. They have always been a significant part of the market there but these beamy, shallow-draught tugs for Patria Maritim Lines are a new and more modern approach. They will be moving barges up and down the big rivers of Kalimantan (Borneo) carrying the rich minerals, timber and other raw materials found on that mysterious island.

The Macduff designed tugs are also for a builder/owner in the Tor Group. They are average sized but, at 42 tonnes bollard pull, not especially powerful. A. Thomas Higgins, a Robert Allan design for long established E. N. Bisso & Son, is a fairly standard 24-metre tug with 66 tonnes of bollard pull.

Recent news stories on Baird Maritime have, as usual, presented a huge variety of tugs including a very interesting ice removal tug for a hydro power station near Niagara Falls.

As mentioned, there is no end of uses for tugs. Baird Maritime will continue to keep readers up-to-date, on a daily basis, with developments in this very exciting market sector.


– “An era of frenzied and unprovoked attacks by powerful tugs on innocent merchant vessels may be dawning.”

– “Here again, we are reminded of several other navigational accidents caused because of the preoccupation of a navigator with a cellphone conversation.”

– “If I was building tugs today, I would resist the temptation to festoon them with technology and concentrate on producing ships which were reliable and not particularly vulnerable to failures of flashy new monitoring systems.”

– “Part of the thinking was to take a page from Bob and Russell Shrewsbury’s book at Western Towboat in Seattle where they use Z-drives for towing. They face similar challenges in Alaska albeit with a lot bigger tugs and barges..”

Any news or views about the global tug and salvage sectors? Send it through to [email protected] ASAP (between now and September 18), so we can add it to this current edition of Tug and Salvage Week!