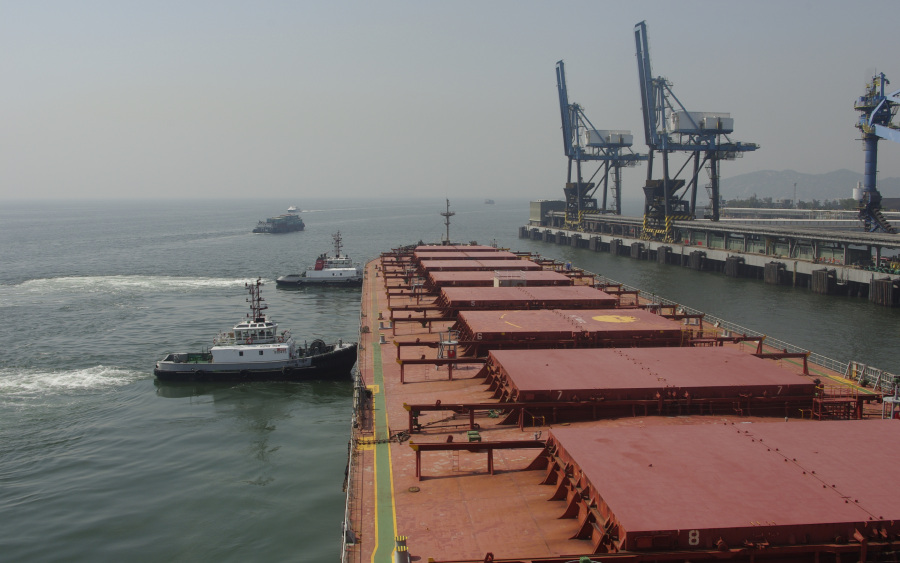 I was taken to task recently by my friend Steve Sandy for suggesting in this column that an aged tug should be placed in a museum. He rightly pointed out that the tug in question was lightly-worked, well-maintained and still fit for purpose. He is correct, of course, and there are numbers of ancient tugs still working well in various parts of the world. If they can still do the jobs they were intended for, why not?

By the same token, there are plenty of ancient tugs which are poorly-maintained and tend to sink with depressing regularity, and these should be scrapped or put into a museum without delay, and replaced by suitable modern vessels. The problem comes when you try to define “suitable.”

I remember we were very excited in Hong Kong in the mid-1980s because we were building new, powerful harbour tugs for the port. They were highly efficient ASD units, and some had a bollard pull of as much as 35 tonnes. This was unprecedented at the time, but came with one major problem – many of our client vessels were elderly tramps which had probably never been given the care and attention they deserved, so the powerful new tugs tended to rip their bitts clean off the deck.

When the bitts took off, they generally removed the fairlead and a length of ship’s side railing as well, which meant we had to quickly provide another tug while we disentangled the wreckage and returned the scrap metal to its rightful owner. It was a spectacular thing to witness, but did not endear us to our customers, so we asked the tugs to go easy on the power if they thought there was a risk of failure on the client vessel.

After a few years, Hong Kong was attracting a better class of vessel and the problem disappeared, but it interesting to consider our dilemma. We were keen to have tugs which could handle the new breed of large containerships – which in those days could carry as many as 6,000 TEUs – so we built accordingly and, if some of our more traditional customers were too frail to withstand our superior pulling power, that was something they would have to live with. And since we did business under the UK Standard Conditions for Towage and Other Services, everything which went wrong was the fault of the client vessel and we could not be blamed.

Alright, I exaggerate slightly – we were never that cynical – but the fact is we were keen to show how good we were, and how well we could deal with the new gigantic containerships, so we tended to forget about our older and less well-found customers. At the time, Hong Kong was on its way to becoming the world’s busiest container port, a title it held for many years, and we were part of the container revolution, so other considerations may have fallen by the wayside.

Things have changed since those heady days, and everything is bigger now. Chinese ports have grown beyond recognition, and Hong Kong is struggling to even stay on the list of the top ten busiest container ports, while containerships have grown to unbelievable sizes and tug power has expanded accordingly.

What worries me is that many ports are now ordering harbour tugs of up to 100 tonnes bollard pull, but in some cases I cannot see how this is justified. When a sheltered port with fairly limited space and no chance of ever hosting a very large ship decides it needs tugs of 85 tonnes bollard pull, it makes me wonder. I fear we may be entering a new era where tugs start ripping the bows off client vessels because their crews fail to apply all that power sensibly.

Whoever advises ports to build very powerful tugs when they probably do not need them should, at the very least, also be advising them to invest in some fairly extensive training for their crews, but this is not always happening. An era of frenzied and unprovoked attacks by powerful tugs on innocent merchant vessels may be dawning. Perhaps there is such a thing as too much power, and one day soon our North American cousins may be pointing to their sixty-year-old rustbuckets which are still fit for purpose and saying, “I told you so!”

Speaking of power, I notice that Maersk is phasing out the Safmarine name and “subsuming it into the Maersk product,” whilst the offices of Hamburg Sud will be absorbed into the Maersk organisation. Job cuts are expected to be substantial.

Among the awful PR-speak announcements, we were told that “it has become apparent through close customer engagements that the value proposition of Maersk can be greatly enhanced with the expansion of multiple modes of transport,” and that they were “excited to have Safmarine’s passion for customers closer to Maersk by uniting our teams.”

They forgot to add, “and think how many people we can get rid of.”

It saddens me that any company can refer to subsuming things into their product, but I am particularly depressed at the disappearance of Safmarine. They had some good-looking ships over the years, and were a powerful icon in South Africa. Most important of all they owned Pentow, one of the great salvage companies.

When I first entered the industry Pentow operated the most magnificent tugs and employed some of the great salvage men of the era. All gone now in the name of enhancing the Maersk value proposition. They deserved better, in my opinion.