Written by Baird Maritime on September 14, 2020. Posted in Harbour Tugs and Operation. 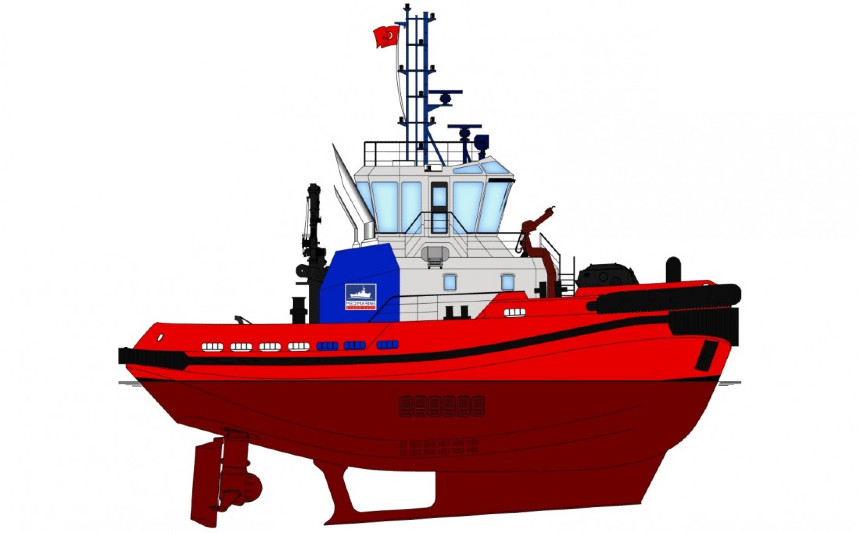 Port services company Somat, a subsidiary of Cafimar Group of Italy, has placed an order for a new ASD tug to be built by Turkey’s Med Marine.

The Robert Allan Ltd-designed vessel will be used for ship handling, coastal towing, and escort duties in support of Somat’s operations in Sicily. It will have an LOA of 25.2 metres, a beam of 12 metres, accommodation for seven people, and two Caterpillar 3516C 2,100kW engines that deliver a speed of 12 knots and a bollard pull of 70 tonnes.

Delivery is scheduled for the end of 2020.