Designed by Canadian naval architecture firm Robert Allan Ltd to American Bureau of Shipping (ABS) class standards, A. Thomas Higgins, named in honour of E.N. Bisso co-owner A. Thomas “Tommy” Higgins, is the second in a series of two tugs built by Eastern for the same owner after C.D. White which was delivered earlier this year. The two newbuilds are also the fifth and sixth overall Z-drive ship assist tugs to be delivered by Eastern to Bisso beginning in 2007.

The two newbuilds are notable for being customised variants of Robert Allan Ltd’s standard 24-metre ASD tug designed specifically for operations in modern but typically small harbours. Bisso already has a standard 24-metre Robert Allan Ltd ship assist tug in its fleet in the form of Gladys B, which was acquired secondhand from an operator based in Texas. However, Bisso eventually realised that it needed a similarly-sized tug that featured a higher bollard pull both forward and aft, enhanced manoeuvrability and escort performance, better fuel economy, improved comfort for the crew, increased safety under the new US Coast Guard Subchapter M requirements, and reduced emissions meeting the new EPA Tier IV regulations.

The designer, the builder, and the owner then worked in close cooperation to ensure that the new vessels would possess the desired attributes. This collaboration resulted in two vessels that Bisso has designated as “go-anywhere” tugs due to their ability to easily perform both inland towing and ocean towing duties. Specifically, both C.D. White and A. Thomas Higgins were developed for operations along the 370-kilometre stretch of the Mississippi River between the Louisiana cities of Baton Rouge and Pilottown as well as in the Gulf of Mexico and along the Atlantic Coast. 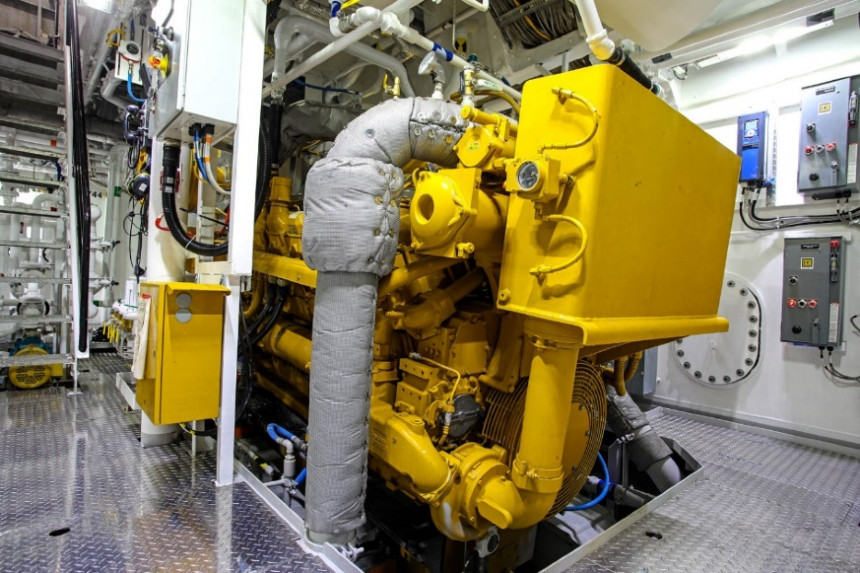 Like C.D. White, A. Thomas Higgins has an LOA of 24.3 metres, a moulded beam of 11.5 metres, a depth of 3.9 metres, a maximum draught of 4.8 metres, a GRT of just under 272 tonnes, and two Caterpillar 3512E main diesel engines that deliver 1,900 kW at 1,800 rpm and are compliant to both EPA Tier IV and IMO Tier III standards. Although the similarly-sized Gladys B is powered by a pair of equally powerful, IMO Tier III-compliant MTU main engines, Bisso had opted for the newer vessels to have Caterpillar engines due to the company’s tug crews being more familiar with operating them compared to MTU diesels. 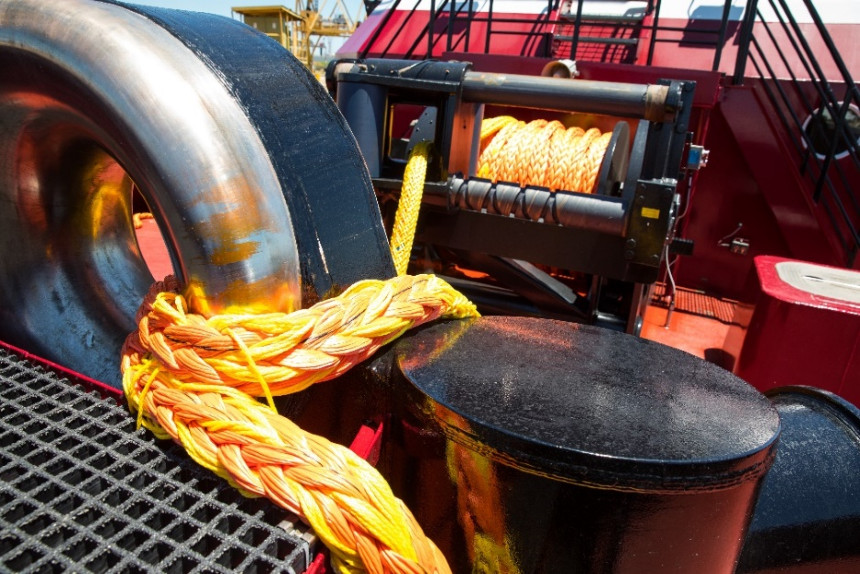 The engines are connected to a pair of Kongsberg US205 P20 Z-drives to enable the tug to achieve a bollard pull ahead of 60 tonnes and a bollard pull astern of 58 tonnes, ensuring versatility during towing operations. A sailing speed of 15.5 knots can be achieved while “running light.” For towing equipment, the tug relies on a 29kW single-drum, render/recovery electric escort forward hawser winch and an aft-mounted 3kW tow bitt capstan, both of which were supplied by Markey Machinery of Seattle. The tow hook used is a 90-tonne hook provided by Washington Chain and Supply, and this is capable of either manual or remote release.

Electrical power for all onboard systems is drawn from a pair of 99kW EPA Tier III-compliant diesel generator sets from John Deere. Further, grid coolers mounted in recesses in the hull provide cooling for the machinery, and Bisso considers this feature an improvement over Gladys B’s existing raw-water heat exchanger cooling system, whose strainers are often at risk of getting clogged by the debris found in the Mississippi River.

A. Thomas Higgins is also equipped for firefighting duties thanks to a diesel engine-driven Counterfire ES-125-400 fire pump with a rated output of 340 cubic metres per hour at 100 psi. The pump is connected to a remote-controlled fire monitor installed just outside the wheelhouse. 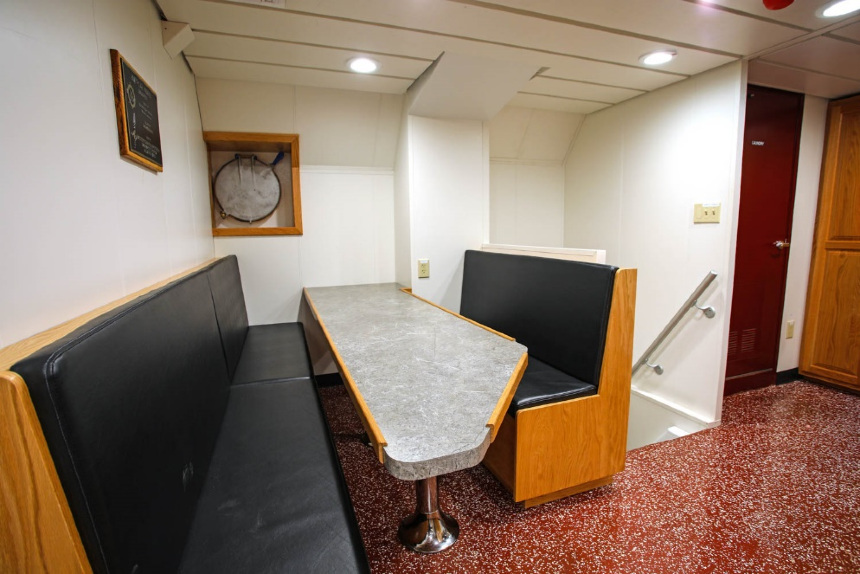 There is onboard accommodation for up to six people in three two-person cabins forward of the main engines on the hold deck. Amenities include one toilet each on the hold and main decks and a mess with galley on the main deck. Six CCTV cameras and a mast-mounted pan-tilt-zoom camera provide the crew with real-time video images of the engine room, the Z-drive room, and both foreward and aft deck areas. 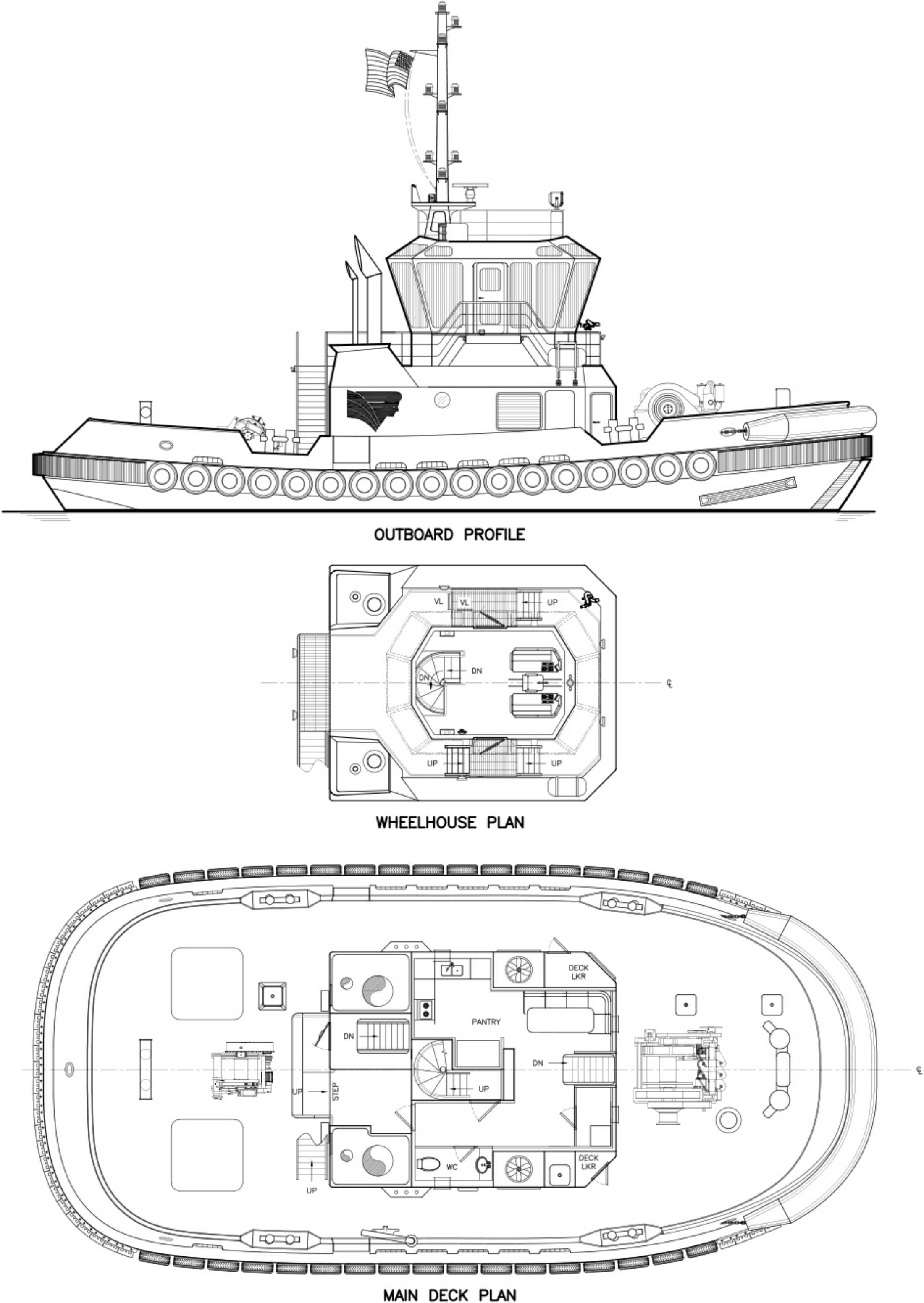