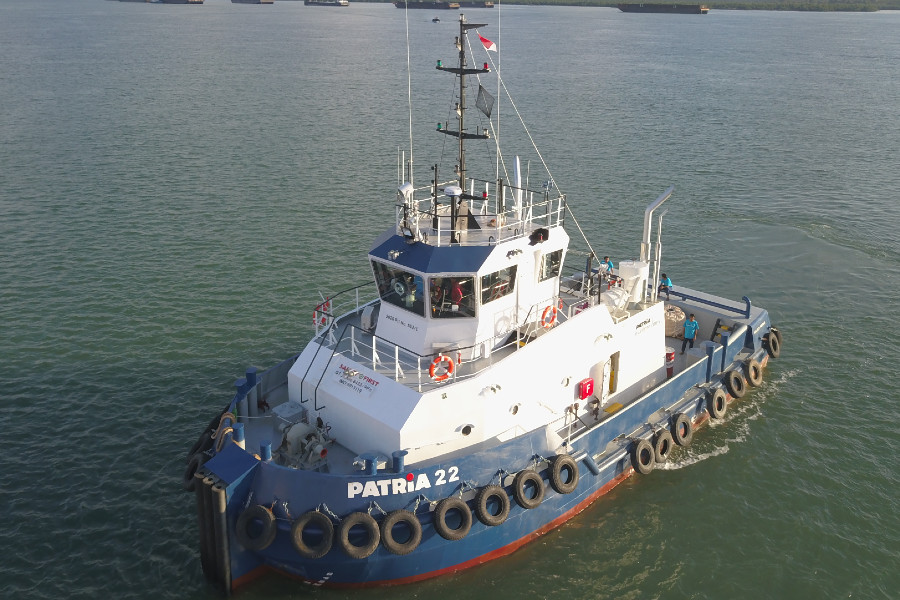 Classed by Bureau Veritas and designed by Netherlands-based naval architecture firm OSD-IMT, Patria 22 is being used to support the local energy industry of the Indonesian province of South Kalimantan situated just at the southeastern edge of Borneo. Specifically, the tug and its two sisters were designed to tow 91-metre barges laden with coal – slated for the many power plants found throughout the province – along the Barito River, whose upstream portion has a water depth of only 2.5 to three metres especially during the dry season that lasts from May to September. The design draught is thus limited to only two metres to ensure that the tugs will be available to help facilitate the flow of much-needed coal along the 890-kilometre river regardless of the time of year whereas many other vessel operators in the same region are forced to restrict their sailings only to those periods of high water levels during the wet months.

Patria 22 has an LOA of 23.6 metres, a moulded beam of 9.2 metres, a depth of three metres, a GRT of approximately 203 tonnes, and space for 10 crew. Two Yanmar 6AYM-WET 610kW main diesel engines are connected to a pair of Kaplan Nozzle 1,400-millimetre fixed-pitch propellers, and this configuration enables the tug to achieve a bollard pull of 20 tonnes and a free running speed of around 12 knots. 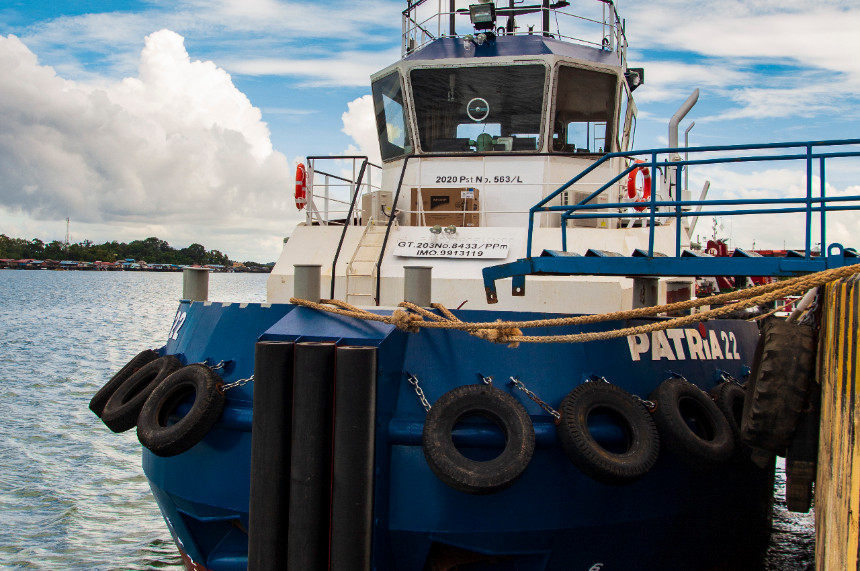 The tug’s barge assist equipment consists of an aft-mounted 25-tonne SWL towing hook with one-tonne double gypsy anchor winch and a push bow with a triple vertical D-type fender. Supplying power for the tug’s onboard electronics, which also include a radar and GMDSS sea area A1 radio equipment, are a pair of Perkins 48kVA generator sets.

Accommodation for the crew of 10 is in the form of two single cabins for the captain and the chief engineer on the main deck and two quadruple cabins for the remaining eight personnel on the lower deck. All crew cabins as well as the mess and galley areas are equipped with air conditioning to ensure greater comfort for the occupants in Indonesia’s tropical climate. Should there be a need for the crew to evacuate themselves from the vessel, two 10-person life rafts are available.

With Patria 22 already having proven the effectiveness of its low operating draught in recent regular sailings along the Barito River following its delivery in August 2020, Patria Maritim Perkasa expects that it will build additional tugs in the same series besides the three initially ordered by Patria Maritime Lines. 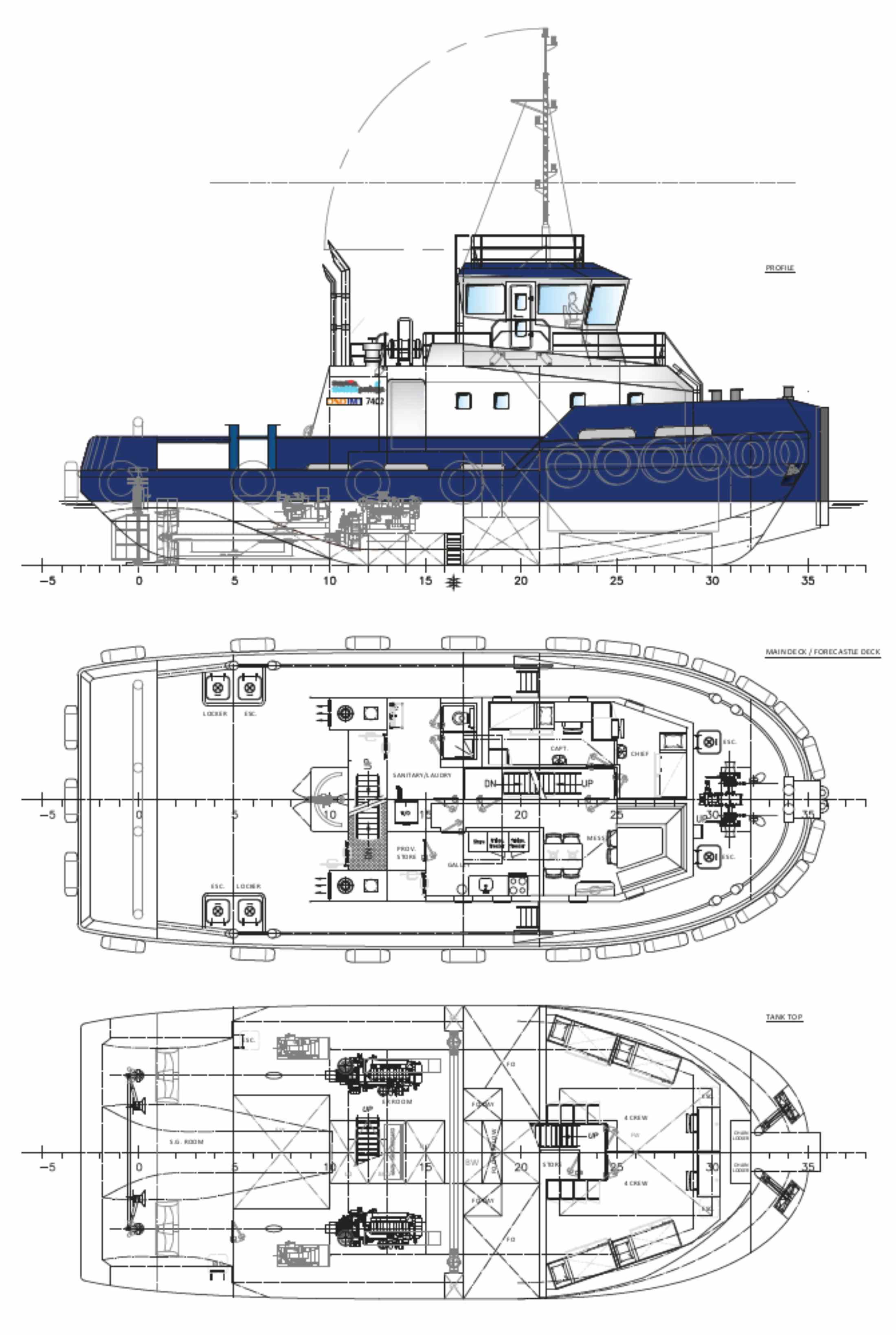