Written by Baird Maritime on April 13, 2021. Posted in Boxship World. 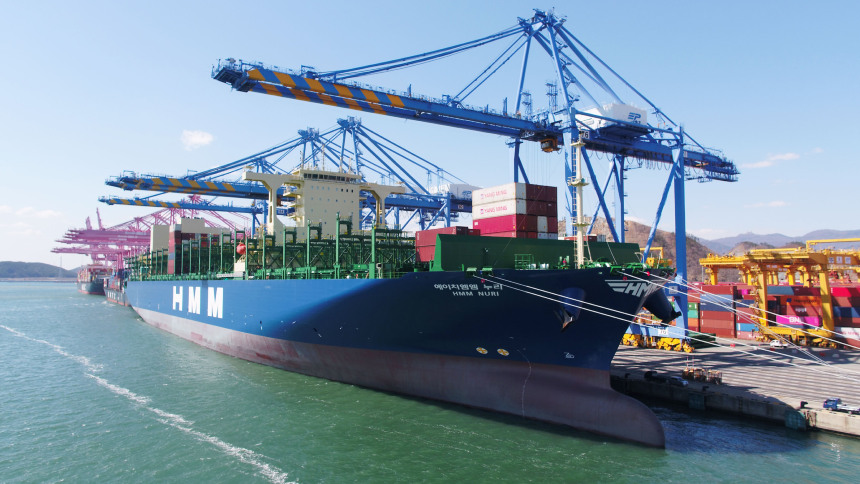 South Korean shipowner HMM has taken delivery of the first in a series of eight 16,000TEU containerships built by Hyundai Heavy Industries (HHI).

The Liberian-flagged, 366- by 51-metre HMM Nuri departed on its maiden operational voyage earlier this month, sailing out of the Port of Singapore with 13,438 TEUs on board. The vessel will then transit the Suez Canal and will later arrive at the Port of Rotterdam.

The vessel has a nominal capacity of 16,010 TEUs as well as 1,200 plugs for reefer containers. It is also equipped with an open-loop scrubber system embedded with hybrid-ready technology while selective catalytic reduction technology has been applied to reduce NOx emissions by 80 per cent or more compared to the industry average.