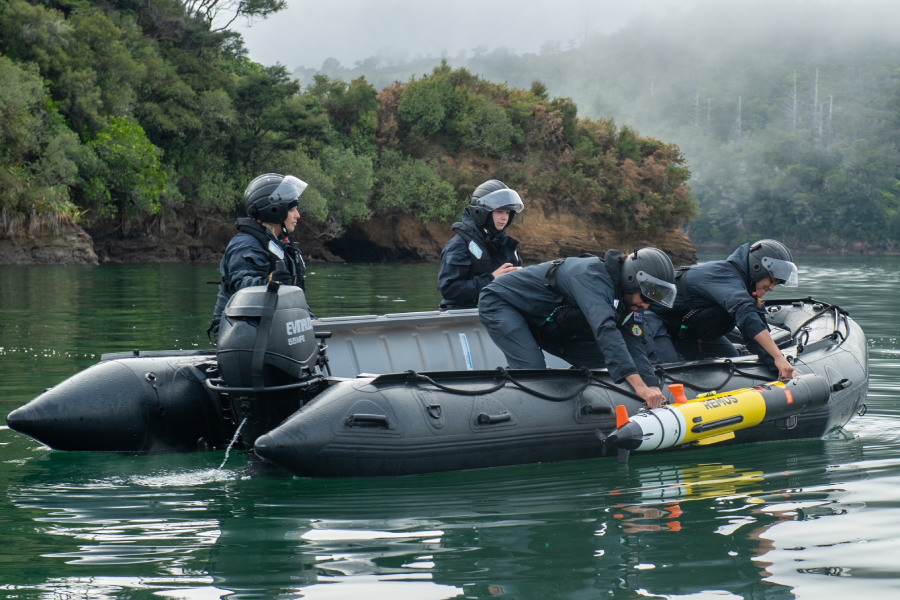 Having reviewed every imaginable type of emergency services vessel from all over the world for more than forty years, I never cease to be amazed at the endless innovation and imagination that flows from the sector. Whether they are three-metre dinghies or 110-metre fast response vessels, they continue to become increasingly capable.

The latest contretemps in the Solomon Islands reminded me of how useful the large Expeditionary Fast Transport (EFP) Ro-Pax ships, for example, would be there for the Australian forces sent in at very short notice. As with the recent Haitian earthquake and hurricane disasters and Hurricane Katrina in New Orleans, these very quick and hyper-capable Austal-built ships would be invaluable in such situations.

Similarly, the Incat-built and owned HMAS Jervis Bay did brilliant work for the Australian force sent into Timor-Leste to assist with its independence operations in 1999. It is another comparatively large, fast, and very worthwhile Ro-Pax capable of carrying large numbers of personnel along with supplies including heavy equipment such as bulldozers, trucks, and helicopters.

It is a pity that the Australian government now has no such craft available in its hour of need. It should own at least two and have them permanently on standby in Cairns and Darwin ready for just such emergencies along the Australian coast or in the Pacific and Indian Ocean island nations to its north, east, and west. Indeed, all rich countries, not just the United States, should own and maintain such vessels with which to assist their poorer neighbours. They are remarkably inexpensive.

Much further down the scale of emergency services craft, readers of Baird Maritime would be very familiar with a wide range of fireboats, SAR boats, and much more besides. One boat I was looking at recently was a 2.8 metre HDPE dinghy that is exceptionally stable and has considerable load carrying capability. Built by Tasmania’s PFG for flood relief and rescue, it is ideal for that role. Twenty of them can be packed in one 40-foot container and rushed to the action.

Even smaller are some of the “jet ski” type rescue craft, some of them unmanned, that we have seen lately. That Swedish promoted idea looks to have brilliant potential.

– “Indonesia should still support measures to combat IUU fishing, including Australia’s burning vessels policy, to show it doesn’t have a double standard in law enforcement.”

– by Aristyo Rizka Darmawan, lecturer and senior researcher at the Center for Sustainable Ocean Policy at the Faculty of Law University of Indonesia

– “What a feeling of satisfaction and relief was shared by all on board both ships when the tow was finally let go.”

Any news or views about the global emergency services industries? Send it through to [email protected] ASAP (between now and December 3), so we can add it to this current edition of Emergency Services Week!

Sign up here to be notified in advance about future Emergency Services Weeks.