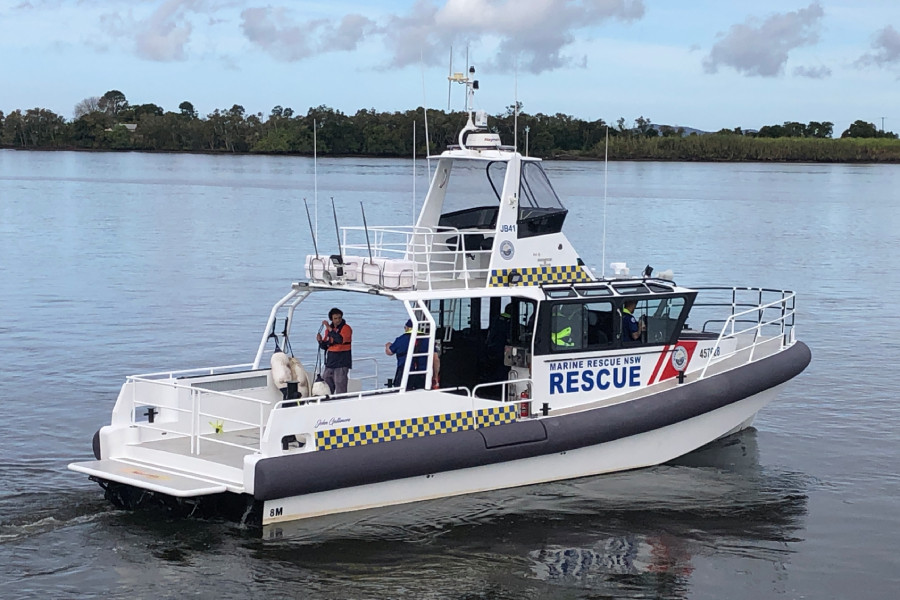 JB41 will be operated by MRNSW’s station in Jervis Bay, where it will replace an older boat. Its area of responsibility encompasses the southern coast of New South Wales.

“We wanted to look ‘outside the box’ of what was normally on offer for search and rescue (SAR) vessels and to really push the boundaries by developing a vessel for the future,” MRNSW fleet manager Kelvin Parkin told Baird Maritime. “Paramount for us was a vessel with a long operational life and for us to continue to source our boats from within Australia to support local industry and skills.”

Parkin added that the vessel needed to meet the specific operating conditions of the Jervis Bay Rescue Unit, including accounting for local sea and weather conditions in and around the Illawarra coastline. Also, since MRNSW Jervis Bay works closely with the naval base in Creswell and is often involved in rigorous exercises, the new RIB also needed to be suitable for these.

The design work that went into the boat was the result of close collaboration between MRSNW personnel and the Harwood Marine team.

“As a volunteer organisation with very passionate members, we had to challenge their thinking on what a rescue boat should look like and for them to trust in the planning and process around a concept not tried before. We were very lucky to have a terrific support team as we navigated the challenges of the project over the past two years.”

JB41 has an LOA of 13.6 metres, a beam of four metres, and a crew of six, though up to 14 additional people can be accommodated on board via the aft deck. Two Yanmar 6LY440-CR diesel engines driving VEEM propellers housed in rolled tunnels deliver a maximum speed of 30 knots and an operational cruising speed of 20 knots, which will allow the vessel to sail up to 300 nautical miles in between refuelings. A Zipwake ride control system is also fitted. 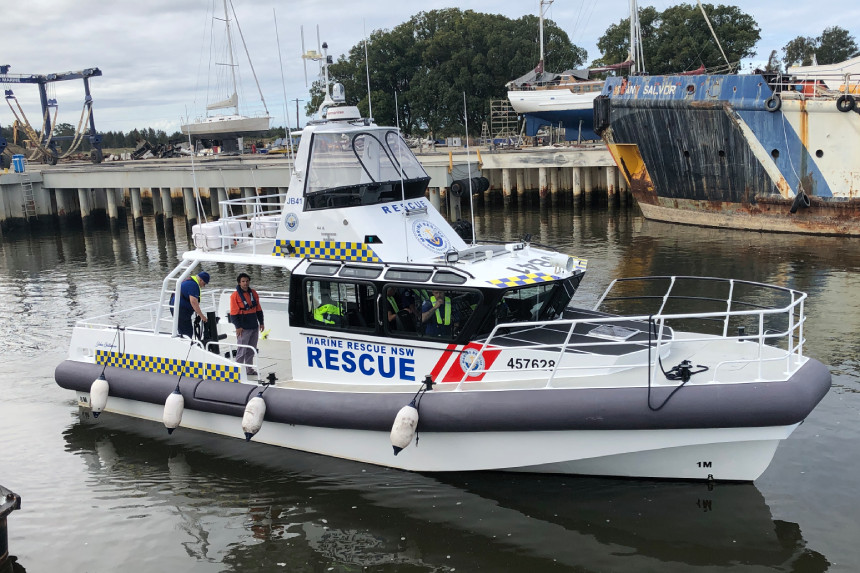 “The vessel has a number of interesting features including a specially designed hydraulic heavy lift platform that drops below the waterline to assist in evacuating people and in the recovery of heavy equipment from the water. The varied hull and stepped bow shape with a fine entry point enable the vessel to better tackle heavy seas forward while also reducing the risk of broaching in a following sea.”

Parkin added that this is quite a different setup compared to a traditional cruiser with more scope for allowing a very dry ride in heavy conditions. This also makes the RIB a solid platform that can be utilised when required in the most trying of conditions.

“The internal fit out was carefully planned with high grade ergonomic seating, a stable internal workspace to lay out charts, and grab rails where required for extended periods of SAR operations. The vessel also boasts a carbon fibre lifting davit that can be used in sockets port and starboard as well as a fly bridge to assist in lowering life rafts for servicing, lifting heavy objects from the water, or transferring light cargo from vessel to vessel or to wharf.” 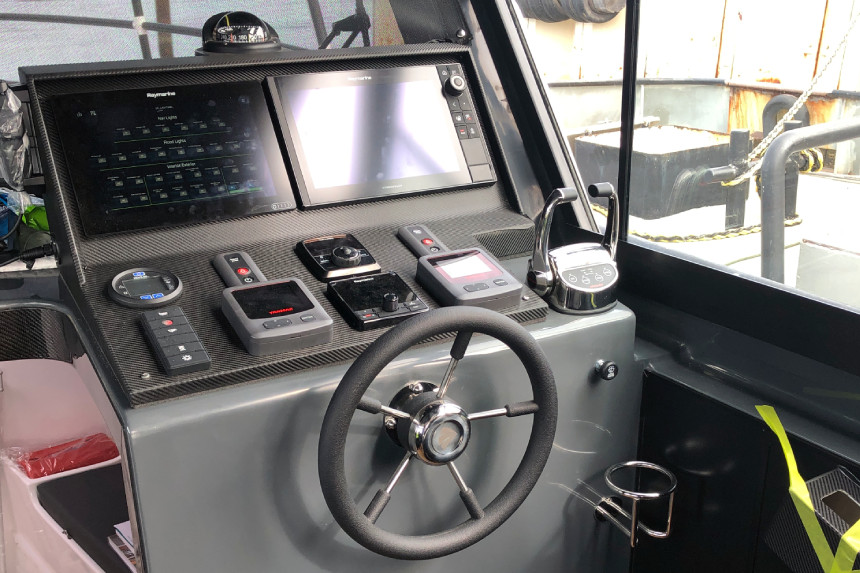 A massive amount of storage space was created below deck. This area of the boat can be accessed from the internal cabin floor and also contains the davit, stretchers, and large fenders.

“The finished internal fit out is a mix of carbon fibre, FRP, and alloy, giving the boat a luxurious yet industrial feel,” Parkin told Baird Maritime.

The wheelhouse electronics are part of a full Raymarine suite installed across four stations including one on the fly bridge. These consist of multifunction displays, a radio direction finder, a FLIR camera, and two-way loudhailers. The deck equipment meanwhile includes a roll away tow line and a roaming bilge pump system.