Written by Baird Maritime on November 3, 2017. Posted in Ships (Naval). 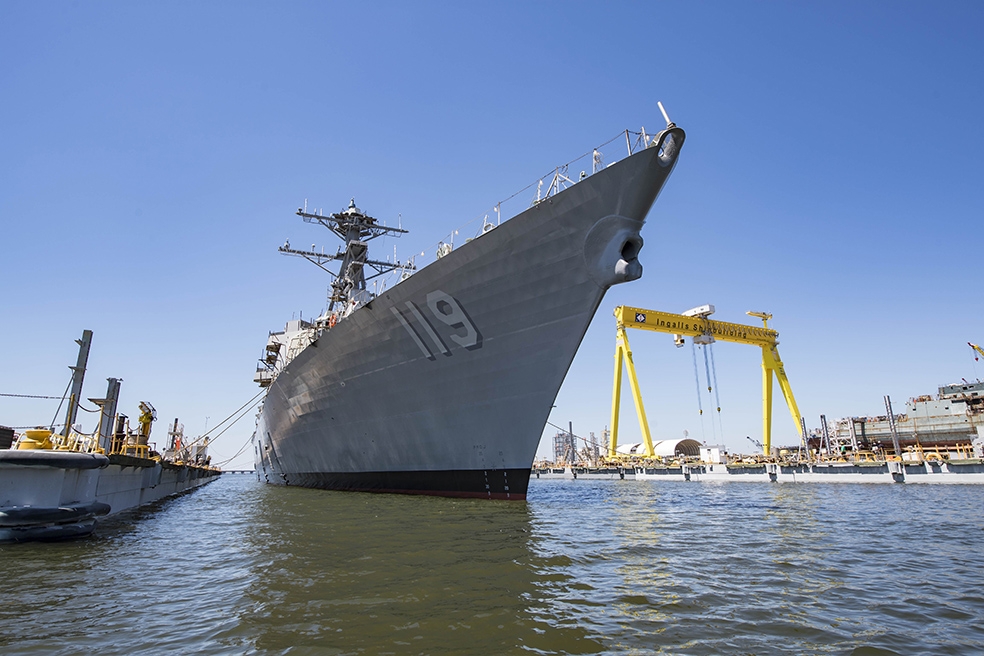 The US Navy will christen its newest guided-missile destroyer, the future USS Delbert D Black (DDG 119 at Huntington Ingalls Industries (HII) at Pascagoula, Mississippi, this weekend.

The 1550metre vessel will be the 69th Arleigh Burke-class destroyer and is the fifth of 13 ships under contract for the DDG 51 program.

The ship will be configured as a Flight IIA destroyer, which enables power projection, forward presence and escort operations at sea in support of low intensity conflict/coastal and littoral offshore warfare, as well as open ocean conflict. Delbert D Black will be equipped with the Navy’s aegis combat system.

Delbert D Black has a waterline beam of 18 metres and a navigational draught of 9.4 metres. Four gas turbine engines will power the ship to speeds of more than 30 knots.