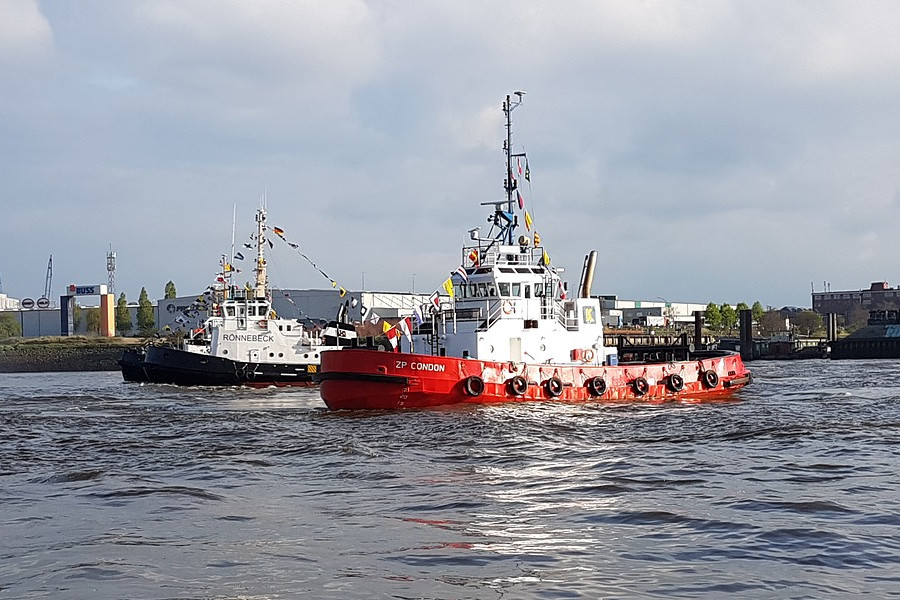 While the offshore oil and gas service sector remains almost completely deflated and its offshore wind counterpart will likely soon follow it into the doldrums, the tug sector is as busy as ever. It’s an exciting time for tugs and we learn of new examples almost every day. The global tug market is booming.

And it is truly a global market. Canadian and Scottish designs, for example, are being built prolifically in Turkey and south and east Asia and elsewhere while the Damen Group is building its own much sought after designs on most continents. Japanese engines are powering American and French tugs and American engines are installed in Scottish tugs. Japanese-designed and -built tugs, such as the fleet from Kanagawa Dockyard, are being delivered to the Adani Group in India. And that is just this week!

Occasionally we see a real design breakthrough but, mostly, there is an ongoing stream of incremental advances. Current tugs are at an impressively high level of development generally. For example, the new Robert Allan-designed tugs being built at Dakota Creek Industries for the US Navy, described here this week. They are up-dated versions of tugs for the same customer created ten years ago by the same builder/designer team. Satisfied customers are the best customers!

Of course, there are numerous concepts, proposals, and prototypes appearing for electric and autonomous tugs almost monthly. Some of this will come to fruition and some will fall by the wayside, but at least brains and imaginations are hard at work and good things will develop.

The little Foxsea 700 tug/workboat from Bord a’ Bord in France, being reviewed here this week, shows typical Gallic ingenuity. It offers enormous versatility and adaptability in a compact, trailable package.

The variety of types, sizes, roles, and power of new tugs is vast. This week you will learn of push tugs, harbour tugs, escort tugs, tug/work boats, aluminium tugs, and steel tugs. One is outboard-powered. Others are straight, conventional drive and most have some form of ASD propulsion.

Tugs are becoming more efficient in terms of both propulsive power and man-power. Crews are getting smaller as is fuel consumption. The Robert Allan-designed, Sanmar-built tugs for the Orkney Islands Council are a case in point. Two very modern tugs are replacing the previous three.

The tug sector is certainly a very cosmopolitan and constantly evolving one that seems to be responding very well to its customers’ requirements. Long may that exciting state-of-affairs continue. You may be sure that Baird Maritime will continue to present you with the latest news and views on the subject.

– “The root cause of this tragedy is likely to lie on the decision to route the ship through the hurricane and the condition it was in then, rather than what happened when the stricken vessel found itself literally in the eye of the storm.”

COLUMN | Adrift in a sea of ignorance [Tug Times]

– “…now that fake news has become respectable and has a place in the heart of even the most powerful, things are likely to get much worse.”

– “Better training, like better equipment, would largely remove human error from the industry, and then who would we blame?”


– “An era of frenzied and unprovoked attacks by powerful tugs on innocent merchant vessels may be dawning.”

Any news or views about the global tug and salvage sectors? Send it through to [email protected] ASAP (between now and October 9), so we can add it to this current edition of Tug and Salvage Week!