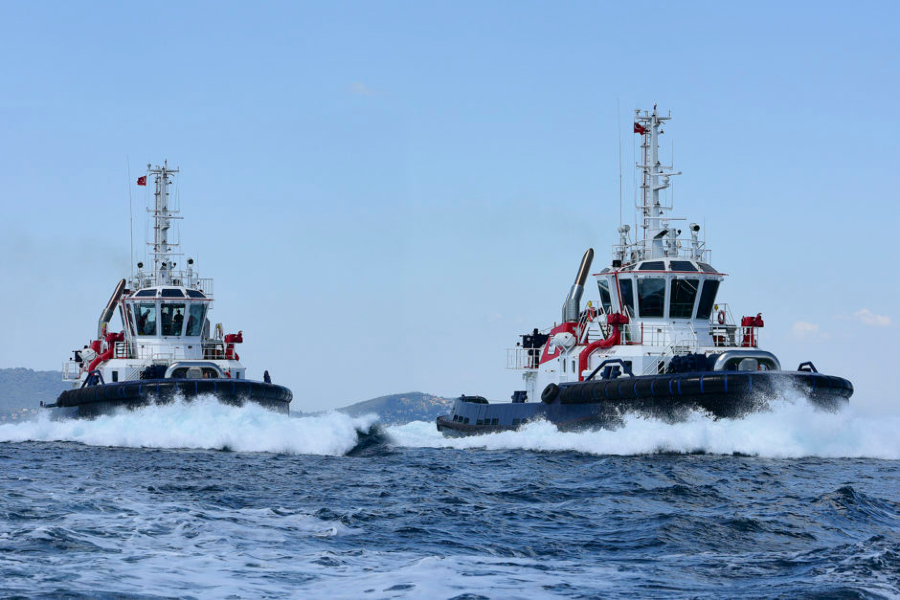 The Orkney Islands Council (OIC) of Scotland recently took delivery of two ASD terminal support and escort tugs in a series from Turkey’s Sanmar Shipyards. Purchased for a total value of £12.2 million (US$15.8 million) in early 2019 following a competitive tender process, Odin of Scapa and Thor of Scapa belong to a series of tugs that were designed by Canadian naval architecture firm Robert Allan Ltd (RAL) exclusively for manufacture by Sanmar.

The acquisition of the new Turkish-built tugs is in line with the OIC’s fleet modernisation efforts in anticipation of 20 years of increased activity at the large oil terminal on Orkney’s Flotta Island, which is also currently the second largest facility of its kind that serves the UK North Sea.

The two newbuilds are set to replace two older tugs that have been operating with the OIC’s Marine Services fleet for more than 30 years. The newer tugs will be used for ship handling, towing, and escort and have been purposely designed with a shallower draught than most other tugs of similar size to ensure greater operational flexibility even with the depth limitations in some of the piers within Scapa Flow.

Odin of Scapa and Thor of Scapa have been built to full tanker escort capability and are equipped for operations over the bow and stern, with a powerful DMT escort winch at the bow for escorting and ship handling operations, and a DMT towing winch, MacGregor Triplex towing pins, and a rounded transom at the stern for towing. The newbuilds’ sponsoned hull form – a feature unique to tugs designed by RAL – enhances their escort towing performance and even improves their response to roll motions and accelerations, making them significantly more stable than most similarly-sized tugs with wall-sided hulls.

The ship handling fenders at the bow consist of an upper row of cylindrical fender and a lower course of W-fender. The sheer fendering consists of “D” rubbers while “W” block type fendering is located at the stern. 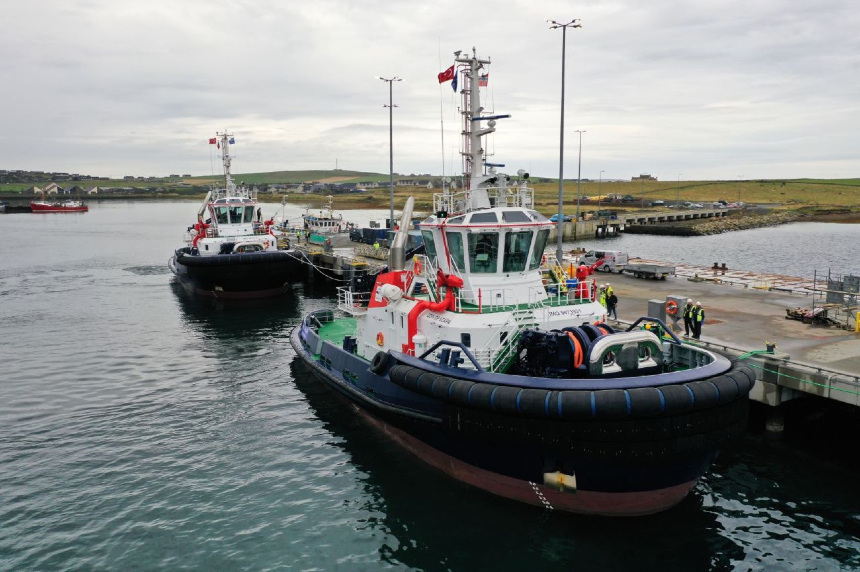 The wheelhouse has also been designed with a single split control station which provides the operator with maximum all-round visibility and exceptional visibility to the bow and side fendering.

Two Caterpillar 3516C 2,350kW IMO Tier II-compliant main engines drive a pair of Rolls-Royce (now Kongsberg Maritime) US255 Z-drives with 2.8-metre controllable-pitch propellers. This gives each tug an impressive maximum bollard pull ahead of 78 tonnes and a free running speed of 14.3 knots, both attributes having been validated during recent sea trials in Turkey. The engine room even features an acoustically isolated switchboard room to help ensure the safe and secure monitoring of systems during regular operations.

Power for the onboard electrical systems is provided by a trio of Caterpillar C4.4 low-noise and low-vibration diesel generator sets which also feature automatic shutdown in the event of overspeed, high fresh water temperature, low engine oil pressure, and high exhaust temperature.

The tugs also boast Fifi1 equipment which includes a pair of manually-operated firefighting monitors mounted outside the wheelhouse, thus further enhancing their versatility. 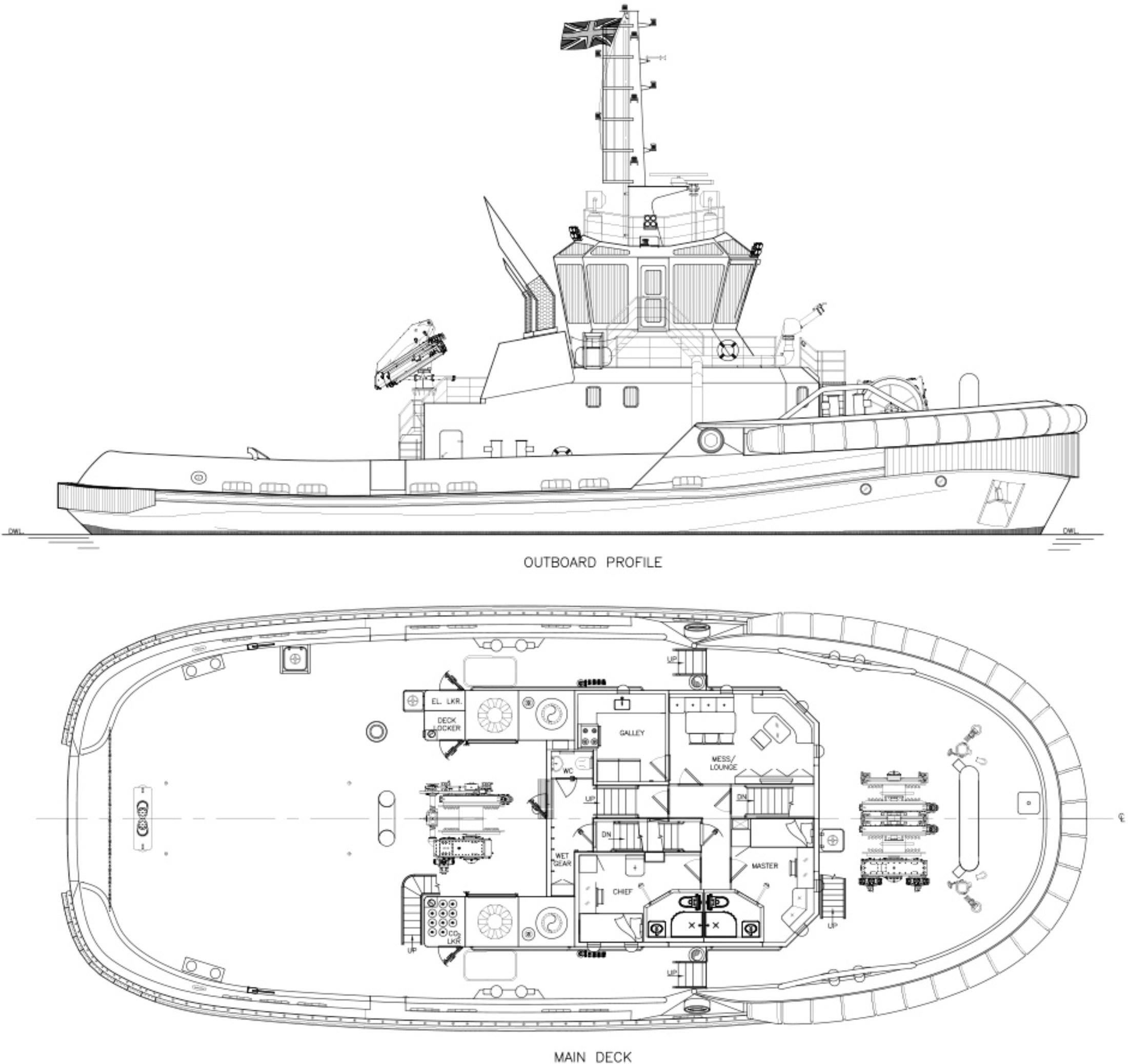