A new workboat has begun providing harbour and coastal assistance services out of Dielette Port in Normandy on behalf of local marine contractor Benjamin Bon. Designed by Oeuvres Vives and built by Bord a Bord, Krokmou is intended for various duties in the waters ranging from just off the northern coast of France to around five nautical miles out into the English Channel.

Krokmou is a V-hulled vessel made from 70 per cent recycled aluminium that is also recyclable, ensuring that the material could still find suitable uses even as the vessel reaches the end of its expected service life. The recycled aluminium construction also has the advantage of making the hull more easily customisable with added optional features depending on what the client needed.

Benjamin Bon required a workboat that not only possessed a small size and a light weight – to enable operations in tight confines and shallow waterways – but was also capable of performing a diverse range of duties that include towing, mooring, salvage, subsea installation, limited cargo transport, bathymetric surveys, and dive support. In other words, what was needed was a platform that could be slated for marine contracting projects wherein the use of larger vessels would be impractical due to size and cost limitations.

Although the newbuild measures only seven by 2.5 metres, the designers were able to incorporate a host of equipment necessary for heavy duty work such as: a front-mounted crane capable of lifting up to 300 kilograms; a traction bollard that could haul up to 800 kilograms; a winch supported by thick aluminium sheets for increased strength; and a bow-mounted ramp door to facilitate the easier loading and unloading of cargo.

“It is a very flexible tool, powerful for its size, and it allows the customer to serve contracts where bigger vessels can’t operate,” Bord a Bord told Baird Maritime when asked about Krokmou. “It’s like a seagoing Swiss Army knife.” 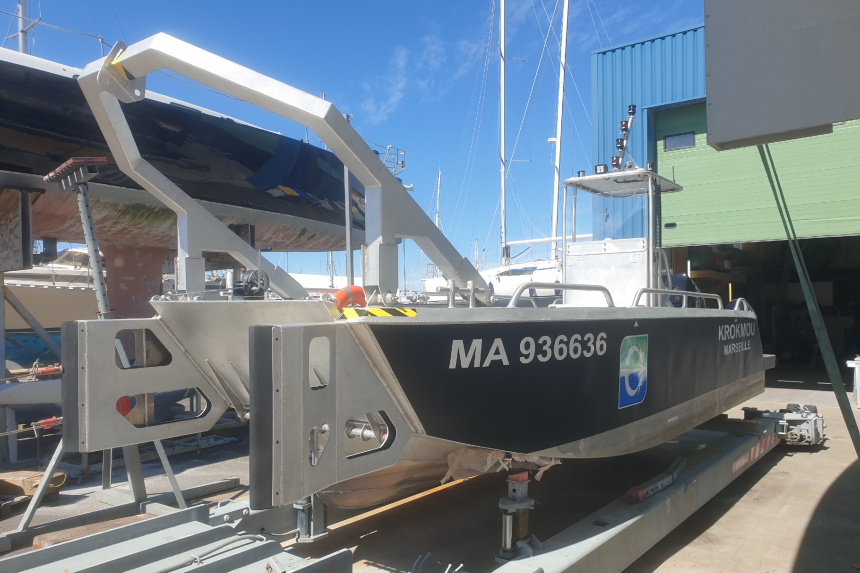 Benjamin Bon said the biggest challenge in the vessel’s construction was in ensuring its stability under different load configurations. Bord a Bord addressed the customer’s concern through the installation of 12 strategically located waterproof compartments, a feat made more remarkable by the fact that the compartments did not take away even some of the deck space needed by the vessel’s array of essential equipment.

Krokmou is powered by one Suzuki outboard engine with a rated output of 111 kW and capable of operating with reduced noise and CO2 emissions. Benjamin Bon told Baird Maritime that the installation of an outboard engine seems somewhat unusual on a multi-role vessel that had also been designed for offshore work, but the decision had been driven by reasons of practicality.

“Inboard engines are a nightmare on a small vessel since it would be more difficult to access them for maintenance. They are also generally much more expensive as well as noisier and more harmful to the environment.”

Even with its small size, the vessel still has enough space for a 22kW auxiliary engine as an added measure of comfort for the crew especially when operating far from shore.

Much of the vessel’s electronics was supplied by Simrad while navigation and diving lights were provided by Seimi. The operator’s console features four LED monitors so that the crew could have a better assessment of the boat’s operating state even during low-light conditions. All onboard safety equipment is SOLAS-compliant.

Krokmou’s size and weight also enable it to be road-transportable via trailer in instances where such an option would be more feasible than having the vessel sail to a different area under its own power. 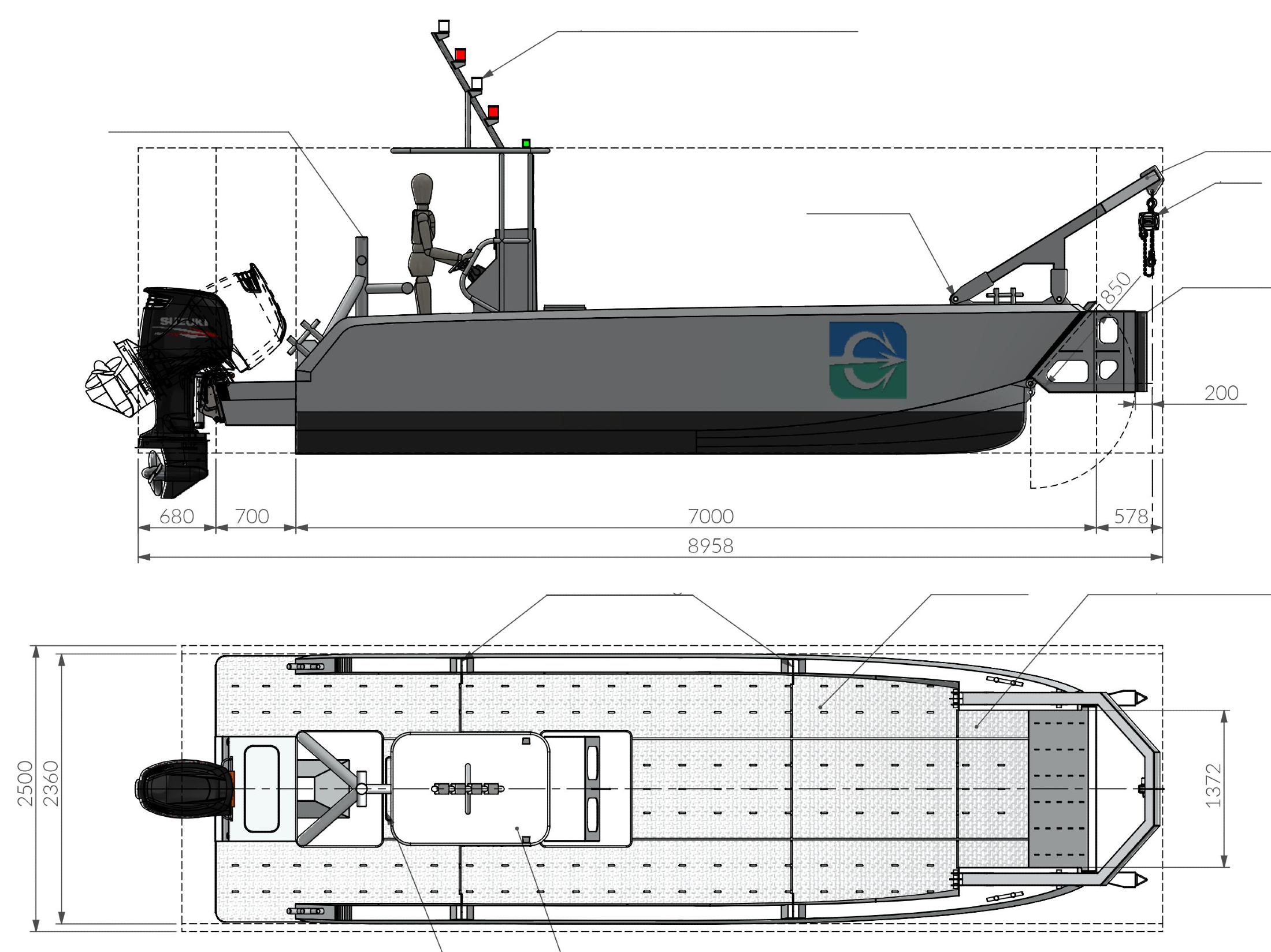