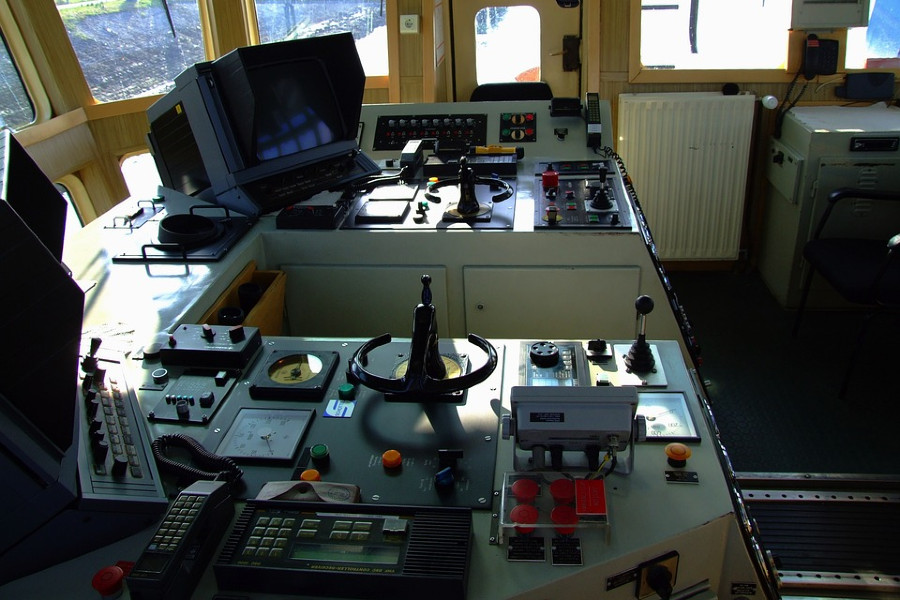 “The only thing necessary for the triumph of evil is for good men to do nothing,” is a quotation often attributed to Edmund Burke (including by John F. Kennedy in a speech in 1961) although its earliest use was probably by John Stuart Mill in 1867.

Whoever said it knew what he was talking about, and it seems to me that our industry has now reached a point where evil is about to triumph. We have sunk to a point where qualified captains and officers are no longer considered fit to serve unless they do separate training to learn how to use the electronic chart system fitted to the ship they are about to join. And such is the confusing array of different electronic chart systems that they will have to do separate training for each new and different system they encounter throughout their careers.

Meanwhile, no training whatever is required to serve aboard increasingly sophisticated tugs and offshore vessels, unless they happen to have a DP system, and anyone with a certificate is technically permitted to front up and drive them away with no training whatsoever. Thankfully, enlightened tug companies take a slightly different view.

I know I have written about this before, but my latest overwhelming fit of outrage was prompted by a report about CO2 systems, where a spokesman from global safety company Survitec stated that “fire safety systems are inherently designed to protect and save lives. However, if these systems are incorrectly used, installed or insufficiently inspected and maintained, the consequences can be severe”.

Group QHSE Manager, Mats Hestman, went on to say that, “It is not the failure of the firefighting system that is resulting in so many incidents, but rather the lack of system knowledge and poor operator training”. Whilst he admits that the layout and configuration of CO2 systems “will differ from ship to ship”, the solution is simply for crews to be better trained.

My response to that is to point out that pretty soon our crews will be so busy training on the infinite variety of different systems on board that they are unlikely to ever finish the training, so we will never be able to man any vessel. CO2 systems are particularly evil, as any salvage practitioner will tell you. They vary so widely that I was always deeply grateful that I worked with extremely competent salvage engineers who generally managed to operate them correctly in the end.

It was difficult enough when we could examine the systems almost at leisure and uncover their secrets despite the operations manuals being written in no known language, but we always wondered how the crew were supposed to operate them quickly and effectively in an emergency.

“…I was always slightly contemptuous of anyone who accepted a ‘standard’ design from a builder.”

In my view, blaming accidents on human error is the last refuge of the scoundrel. There are always underlying reasons why the human made the error, and we will only ever reduce accidents by ferreting out these underlying causes and dealing with them. And dare I suggest that one of the most common underlying causes is a complete lack of standardisation from the designers and manufacturers of almost all shipboard systems.

When I was fleet manager of a tug company, we invested a lot of time and effort into standardising the equipment on our tugs. After a few years operating mostly second-hand vessels we settled on the most reliable and user-friendly engines, azimuthing thrusters, generators, winches, cranes, fire extinguishers, pyrotechnics and the like, and specified them for all our newbuildings. We even designed our own wheelhouse consoles. This had the advantage of simplifying the training but, more importantly, it meant that we could transfer people between tugs secure in the knowledge that they would recognise the equipment and know how to operate it.

Most decent shipyards are quite happy to produce vessels according to the wishes of the owners, and I was always slightly contemptuous of anyone who accepted a “standard” design from a builder. Then again, I suppose you have to know what you want, and there are far too many owners who seem to have no idea. Let’s face it, when things go wrong it is always so much easier to blame the crew.

It is intriguing to note that India seems to have taken this idea of standardisation to new heights under its “Make in India” initiative. At the end of September, Shipping Minister Mansukh Mandaviya directed the major Indian ports to procure or charter tugs manufactured locally. Apparently, this is aimed at reviving defunct shipyards and promoting shipbuilding in India.

With a national tug fleet of 400 to 500 vessels, there is a need for 20 to 25 new tugs each year simply as replacements, which would support a few small shipyards very nicely, thank you. And unless maintenance standards improve in some of the ports, replacements will probably be needed even more often.

According to the reports, government wants to “create an ecosystem for shipbuilding, ship repair, ship recycling and flagging in India”. It also proposes setting up a standing specifications committee to devise about five standard tug designs and issue approved designs, drawings and specifications, which ports will then have to follow.

This could be brilliant if it is done properly, but governments rarely succeed in producing practical, user-friendly schemes and the Indian government is not particularly noted for nimble, speedy, or effective implementation of new initiatives. I really hope they will get it right this time, and produce a series of designs for simple, no-nonsense tugs which are easy to maintain and operate. Then, with the right training for crews and maintenance staff, they could revolutionise tug operations not only in India, but throughout the developing world. As I said in my last column, most ports do not need highly-sophisticated tugs with 100 tonnes bollard pull – give them basic, safe and above all cheap designs and they will be able to operate happily for years to come.

Even better, perhaps, is the fact that when things go wrong, everyone will know who designed the tugs and issued the specifications, and who built them, so there will be people to blame other than the crews. I realise that may be a wish too far, but it is a pleasing fantasy.

“…a maritime training system which is no longer fit for purpose is permitted to remain in place because nobody wants to admit the system is broken.”

I have another happy fantasy that one day autonomous vessels will arrive and will see a wholesale exodus of manufacturers and owners who suddenly realise they can no longer blame the crew for everything which goes wrong, and may have to accept the blame themselves.

Taking it a little further, somebody will have to come up with a foolproof method of connecting an autonomous tug to an autonomous seagoing vessel, and somebody else will have to design a CO2 system which can be operated effectively at the press of a single button in a remote command centre, whilst somebody else will have to devise an electronic chart system which can lay off safe and direct courses for a contemplated voyage. No doubt human ingenuity will overcome these challenges, which might prompt you to ask why nobody has done it yet?

I suggest the answer is simple – there is no point in spending money on worthwhile research and development when all accidents can be blamed on the crew.

Meanwhile, a maritime training system which is no longer fit for purpose is permitted to remain in place because nobody wants to admit the system is broken. For many years I have advocated a return to practical training which concentrates on what people really need to know in order to operate ships effectively. Degrees could be offered to the brighter senior officers after they have completed their certificates of competency and they could go on to shore jobs in due course, while less academic candidates could merely remain at sea where their practical qualifications would be sufficient.

Lowering the entry requirements would massively increase the pool of available manpower, and probably result in better officers. Many of the very best people I met in towage and salvage were not academics, but superb practical seamen with barely a qualification to their names. I consider myself fortunate to have learned from them, and we desperately need more people like them.

It will not happen, of course. Better training, like better equipment, would largely remove human error from the industry, and then who would we blame?