The tug has been given the official designation YT-808 but has been assigned the alternate name of Rainier after the famed volcano that is also the highest mountain in Washington State. Built to commercial ABS standards, the tug will be used by the navy to perform ship-handling duties in support of the full range of the service’s surface warships, barges, and even submarines.

Rainier is based on the earlier YT-802-class of yard tugs that RAL had also designed for the US Navy. The navy expects that the similarity in the two designs will help streamline training, as existing tug crews would only require a minimal number of additional hours in order to familiarise themselves with operating the newer vessels. Further, modifications were incorporated on the new tug class based on feedback from crews as well as new navy requirements, thus guaranteeing the newer vessels will be more capable in their intended role of supporting the service’s warfighting capability.

As with other YT-808-class tugs, Rainier has an LOA of 27.42 metres, a beam of 11.65 metres, a depth of five metres, a navigational draught of 4.88 metres, and berths for six crew. The fendering system at the bow consists of two rows of cylindrical fender and a lower course of “W” fenders. An extensive amount of underwater fendering is used for operation with submarines, and new diagonal “D” side fendering was added to help safely push low-freeboard barges. 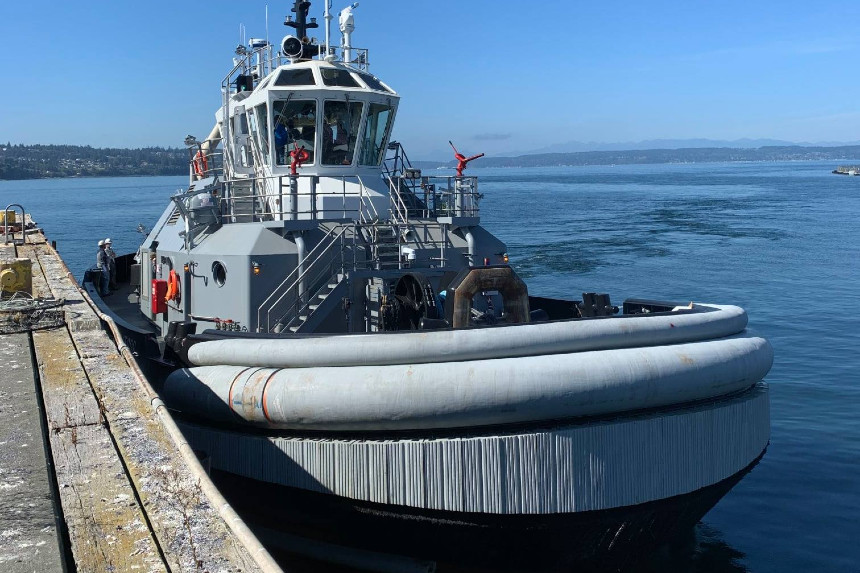 Powered by two Caterpillar 3512E main engines each with a rated output of 1,349 kW, Rainier is also notable for being the first US Navy vessel to be compliant to US EPA Tier IV emission standards. A CEM-12 selective catalytic reduction (SCR) aftertreatment system that had also been supplied by Caterpillar uses diesel exhaust fluid (DEF) to clean the exhaust to enable the vessel to comply with the more stringent emission standards.

The main engines are connected to a pair of Schottel Z-drive-mounted SRP 340 fixed-pitch rudder propellers to give the tug a maximum speed of 12.5 knots and bollard pulls of 43 tonnes ahead and 44 tonnes astern. The propulsion setup will allow omni-directional sailing, which means the tug is equally capable of ahead or astern manoeuvring. DCI said that, even with the twin powerful 1,349kW engines, the tug’s onboard working and leisure areas are considerably quiet due to resilient equipment mounts, multiple levels of sound insulation treatments, and careful separation of machinery compartments. An intelligent HVAC system automatically adjusts to changing interior and exterior conditions to better ensure the crew’s comfort under a wide range of operating conditions.

Twin John Deere 6068AFM85 154kW generator sets provide electrical power to the tugs while underway. Deck machinery and fittings consist of a hydraulic hawser winch and staple on the forward deck for towing, and an “H” bitt installed on the aft deck with an adjacent hydraulic capstan for tightening lines.

Like the earlier YT-802-class tugs, Rainier has been fitted with an articulating hydraulic brow installed aft of the deckhouse to allow personnel transfers to and from alongside ships or submarines. Both DCI and RAL claim that the brow system is sturdier than most other similar systems available today and is capable of moving in all three axes. The brow can even tilt upwards and automatically adjust for changing tides.

Lastly, the tug has been fitted with a fire pump with a rated output of 7,500 litres per minute and two manually-operated firefighting monitors mounted forward of the wheelhouse.

Rainier has already commenced operations with the navy out of the Bremerton Annex of Naval Base Kitsap in Washington State. The remaining five tugs in the class are scheduled to be delivered through early 2022 and will be deployed at various naval bases in the US. These new tugs will replace the navy’s older YTB-class vessels that had entered service in the 1960s and 1970s. 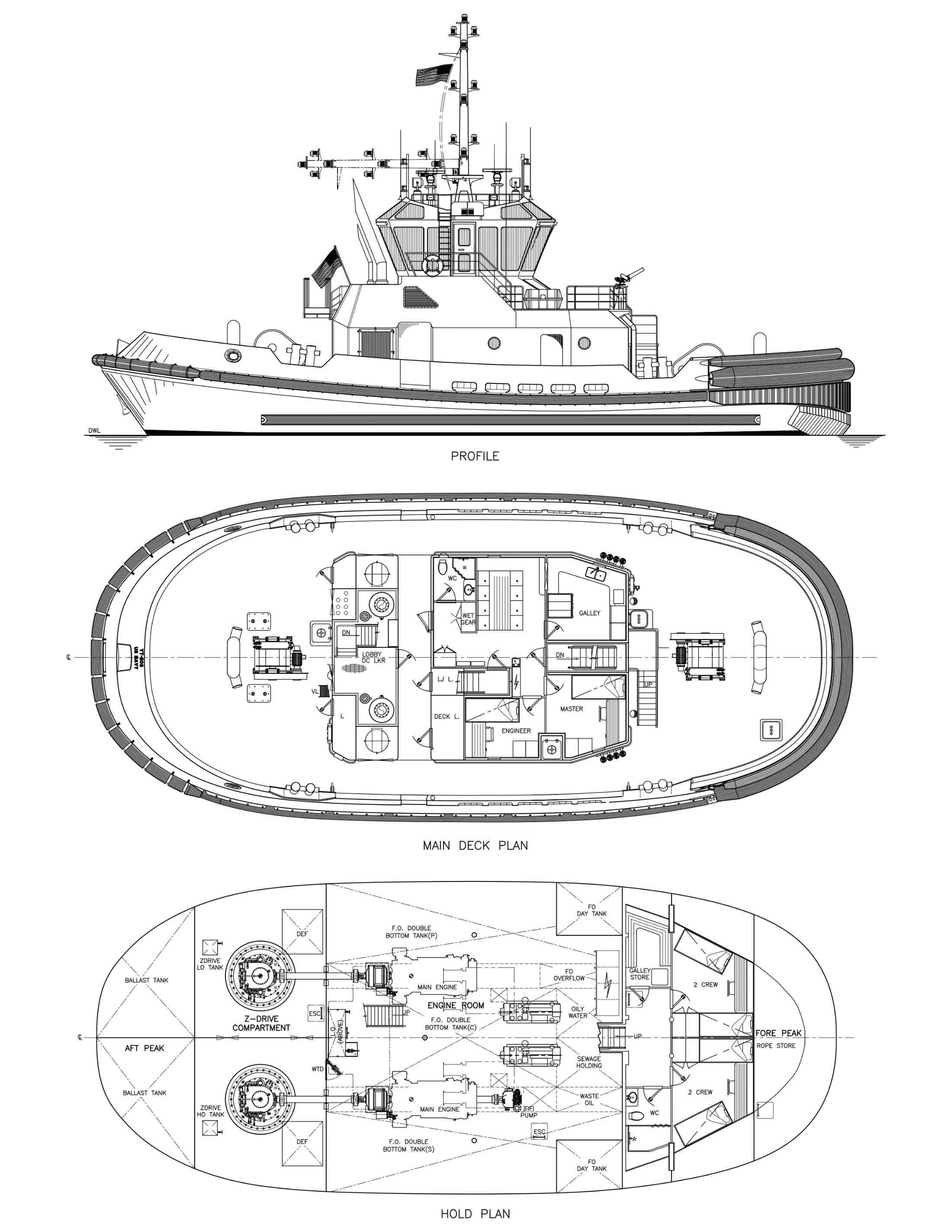