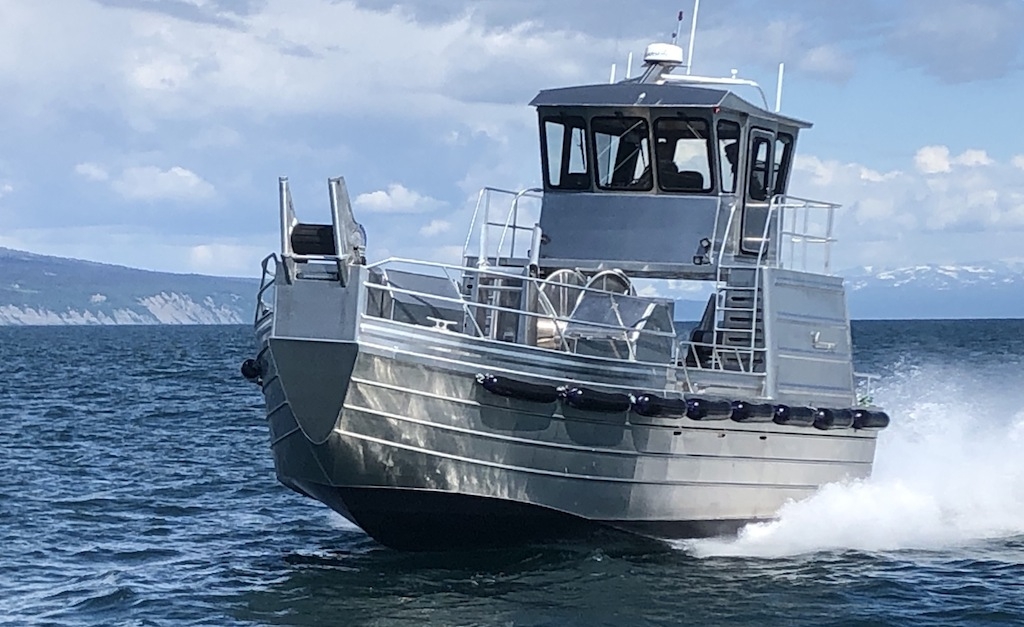 Boat builder Peregrine Falcon, of Eagle River near Anchorage, Alaska, has a history of innovation, from aluminium landing craft to Bristol Bay gillnetters. The company recently sea trialled Bryan Mcmahan’s Esa Ruth, the first of its latest pair of Bristol Bay boats, which is turning heads on the bay during this summer’s sockeye season.

High speed, shallow draught commercial fishing vessels, the pair can plane with 8,000 to 10,000 pounds (3.6 to 4.5 tonnes) of salmon in the fish holds. They have berths for four, with full galleys, and are unique in their ability to set or pick fish from the stern and the bow. 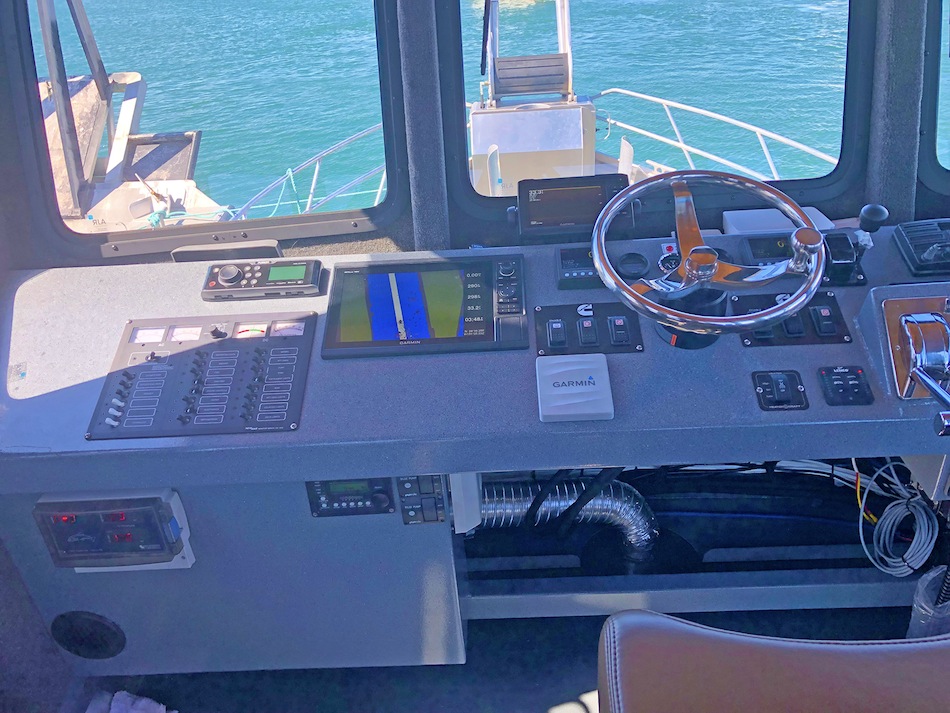 The boats’ 40-knot speed will stand out amongst the crowd of fast boats. But it will be their innovative design that will attract attention even dockside. Rather than the conventional forward cabin-design, these two craft have the cabin set aft on a raised platform that allows flexibility with the salmon gillnet.

The refrigerated seawater system is an 8.5-tonne model from Pac West. On deck are hydraulically driven Kinematics power rollers and reel. A unique thing about the reel is that it is on a turntable and can spin.

“These boats are specific to Bristol Bay, Alaska, they have a 32-foot [9.8-metre] limit, but the bow or stern picker capability makes them more versatile,” the boat’s designer and builder Jeff Johnson explained. “They can set and pick either way depending on the situation. Additionally, these boats, because of the raised wheelhouse, have much more deck space to pick fish.

“The ability to fish off both bow and stern gives the fisherman more options when fishing in rough weather with limited space to set, and in strong currents. Bristol Bay salmon boats are limited to a maximum LOA of 32 feet.”

Volume is added to that regulation 32-foot limit by having a 16-foot (4.9-metre) beam and a seven-foot (2.1-metre) moulded depth.  Fitted into the raised forepeak of the hull is a functional but comfortable set of accommodations, including galley, for a crew of four.

Also in the hull, tankage is provided for 400 gallons (1,500 litres) of fuel, 40 gallons of water and 50 gallons of hydraulic oil. This results in a 26,000-pound (12-tonne) light boat and considerably more when taking fish to the tender. 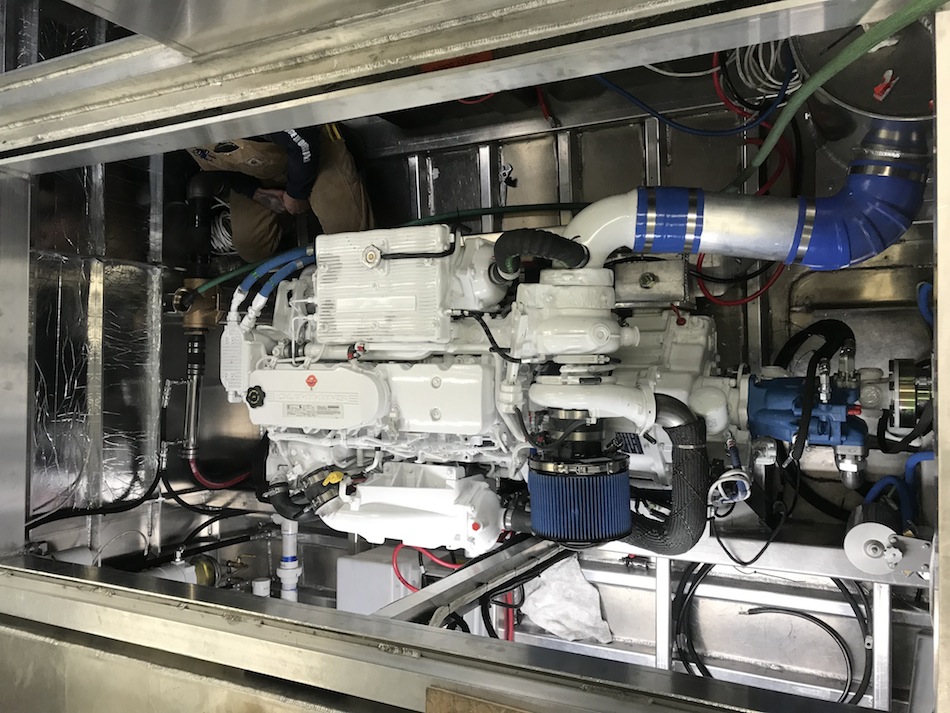 To gain that light boat top speed of 40 knots and a cruising speed of 32 knots takes some horsepower. This is provided by a pair of Cummins QSB 6.7-litre diesels, each delivering 550 horsepower (410 kW). These drive a pair of Doen Thrustmaster 15-inch water jets through ZF301C gears with 2.88:1 reduction, a unique setup due to the smaller engines, which Johnson reports are lighter weight and more fuel-efficient.

An additional advantage of the jet drives is that the boat has a 16-inch (40cm) draught for the shallows that can result from the huge tides of Bristol Bay. 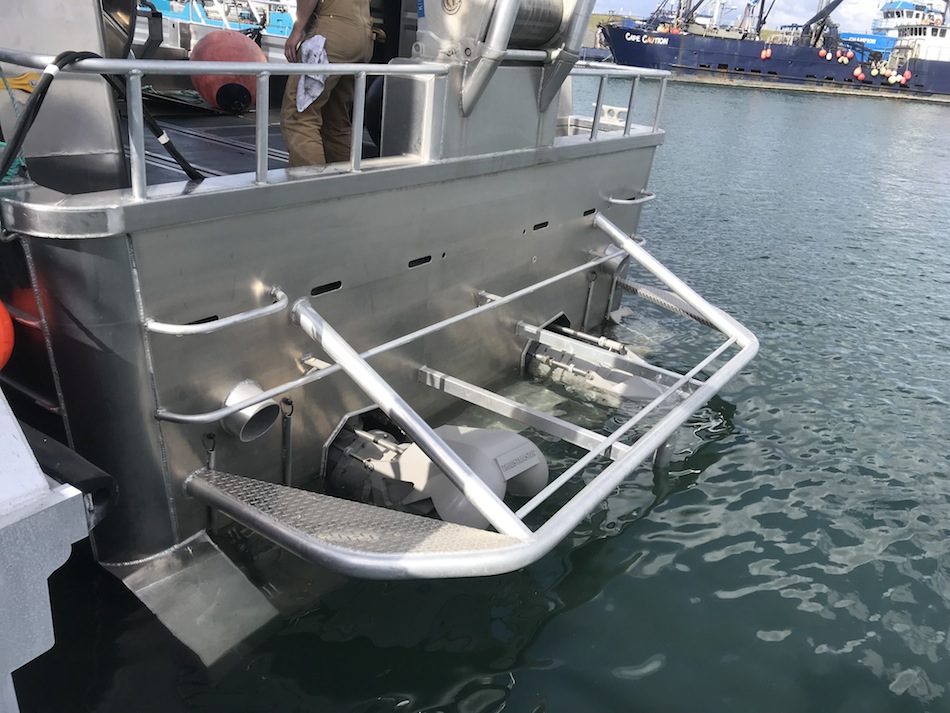 In a season of just a few short weeks, when the millions of sockeye salmon are making their return to the rivers of Bristol Bay, shaving minutes from your setting or recovery time can make a significant difference to your catch.

Similarly the time it takes to run into your tender to deliver your fish and get back out for your next set can be crucial. The combination of raised wheelhouse, open deck and 1,100 horsepower of engines coupled to a pair of jets will give an advantage to the owners of these two boats. 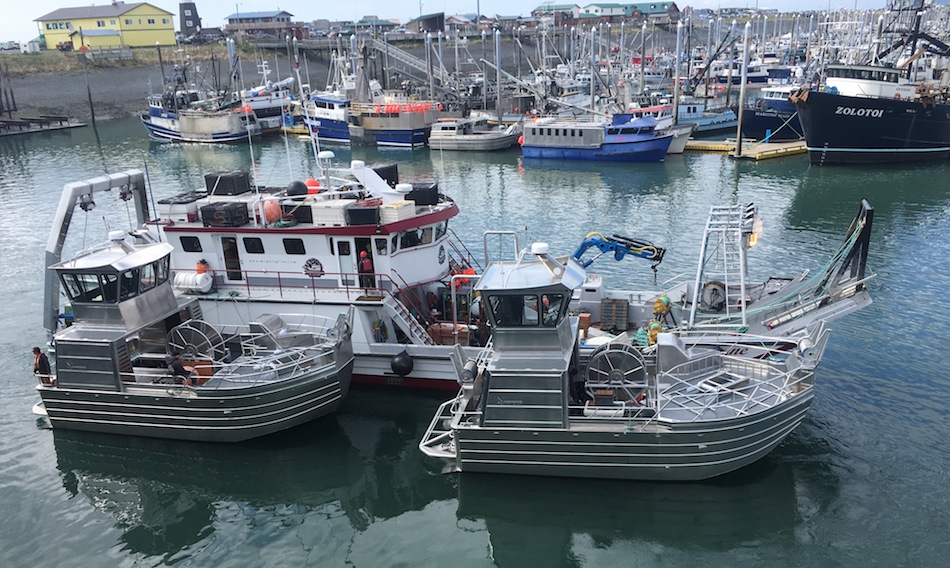