Scottish aquaculture company Kames Fish Farming, which operates in the lochs and estuaries round the Western Isles in Scottish Sea, has taken delivery of a new landing craft to improve waterborne operations at its steelhead trout farm.

Built by Exeter-based Coastal Workboats to a design by the Damen Shipyards Group, Tiffany II belongs to a series of landing craft developed to withstand the demanding conditions of sea farming. The boat is thus capable of handling large nets and cables, loading/offloading of harvested fish, and Ro-Ro transport of light wheeled vehicles. Up to 60 tonnes of cargo can be carried on board on each trip.

The 22- by eight-metre workboat replaces Kames’ older vessel Tiffany of Melfort. The older vessel had to be removed from service only two years following delivery due to severe damage that it suffered as Storm Aiden swept through north-western Scotland in November 2020.

Tiffany II features a large deck space with an area of 110 square metres, an HS.Marine heavy duty crane and two capstans to handle lines and nets at the farm. It is optimised for aquaculture support duties thanks to the deck layout with the bridge and accommodation situated at the side of the deck, leaving more open deck space and unobstructed length from bow to stern for large loads. A design draught of only 1.55 metres allows the craft to easily beach itself when embarking and disembarking vehicles on unprepared shores.

The steel plating used for the construction is extra thick while the bulwarks and the boarding ladders are all heavily built and large enough to ensure ease of operation at offshore farms. Instead of using car tyres, the fendering consists of heavy rubber fixed on the sides of the hull.

A wide beam provides stability that will allow large cranes to be operated safely from the deck. Damen said the design offers enough stability for a crane to lift 2,500 kilograms 15.5 metres from its base. At a shorter 3.5 metres, a crane will be able lift 15 tonnes.

The helm station accommodation has a day shelter and a small galley. This area of the vessel can be extended to provide one or two cabins for overnight stays, maximising the time spent on operations.

The workboat is also fitted with a Francis 230W searchlight, ICOM portable and fixed VHF radios, and an Olex radar and chart plotter. These and other onboard systems draw power from a Sole Diesel 54kVA generator. 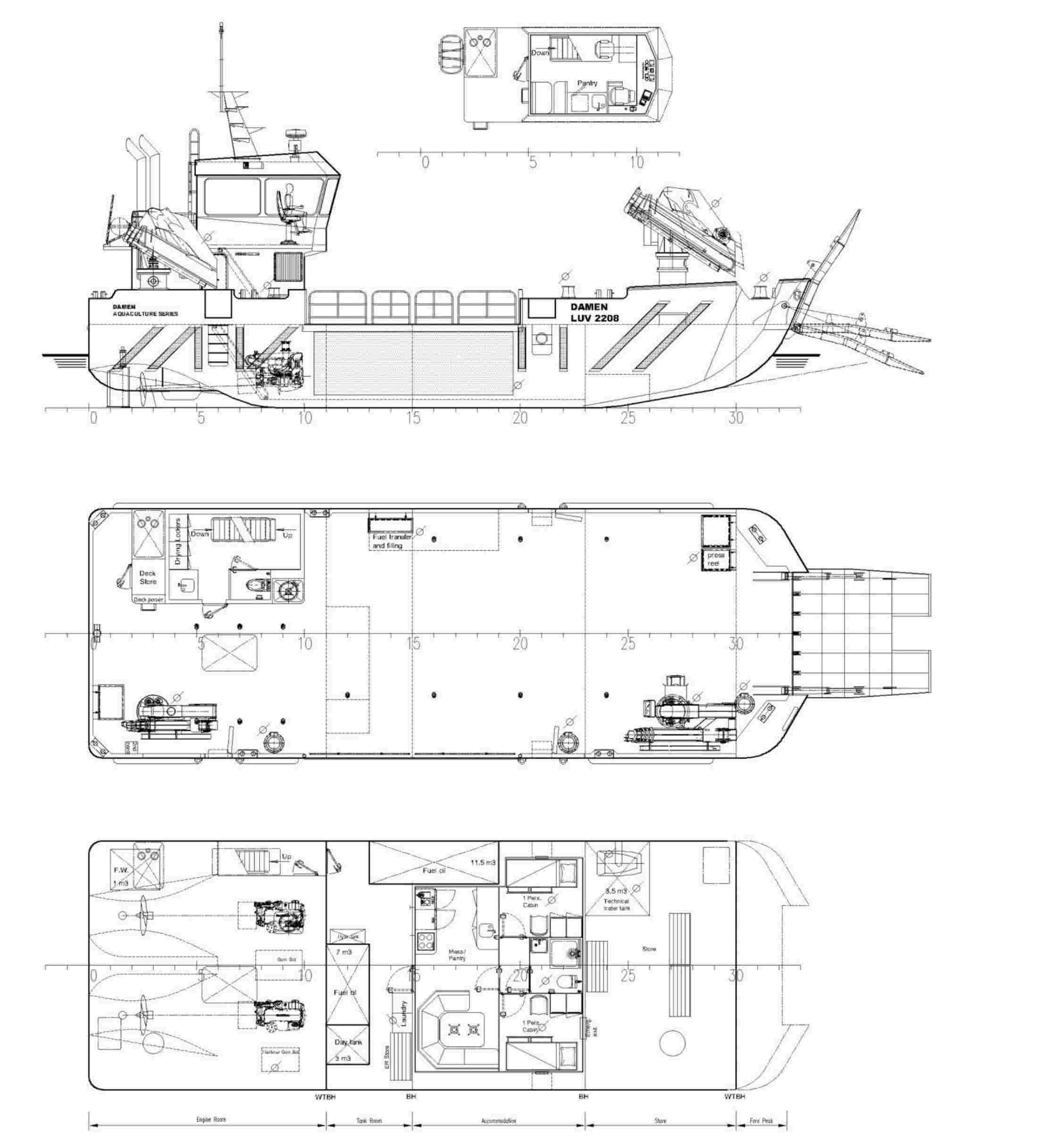