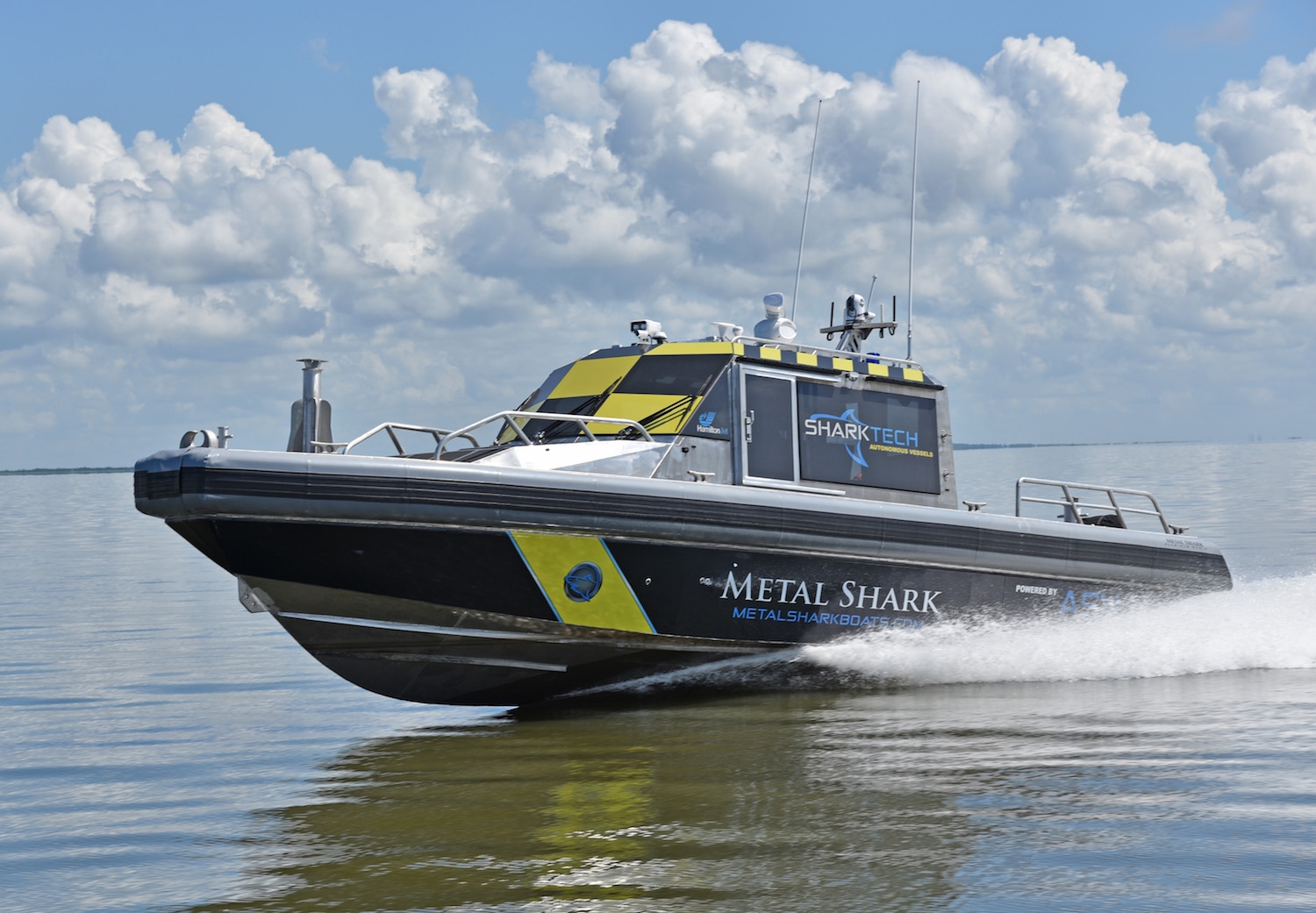 American shipbuilder Metal Shark has joined with ASV Global to launch a series of autonomous vessels.

Metal Shark is now offering autonomous technology on its entire portfolio of vessels, which range from 4.9 metres to over 90 metres long in aluminium, steel, and composite builds.

The autonomous vessels may be custom configured for military, law enforcement, fire rescue, and the full spectrum of applicable commercial markets.

Depending on configuration, the system considers data from multiple situational awareness inputs, including multiple radars, 360-degree daylight and thermal cameras, and AIS to safely identify and steer clear of stationary and moving obstacles.

The vessel’s operations may be monitored from a mother ship via radio link, or from shore via satellite link. In the instance of lost primary and backup communications, the vessel will assume pre-programmed behaviour, such as station-keeping.

Other safety features include geo-fence tools, emergency-stop buttons, and the ability to switch from autonomous to manual control at any time.