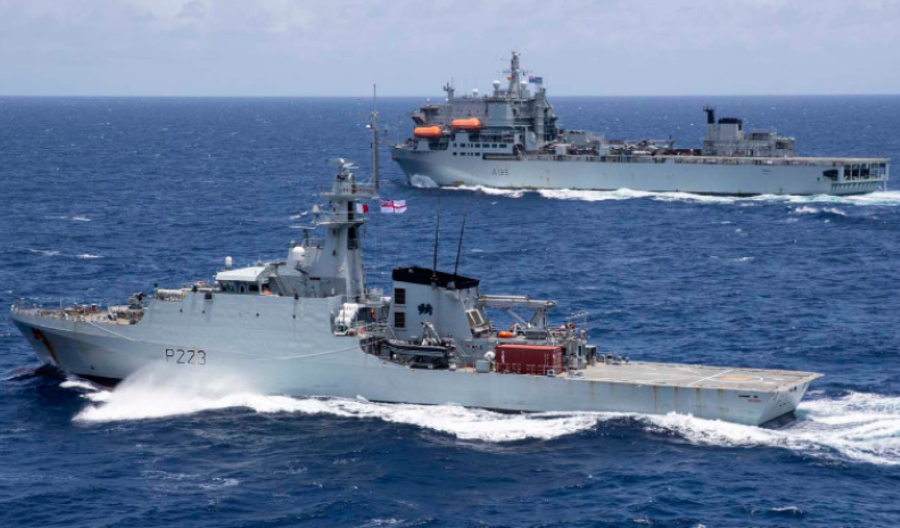 So much has happened in the maritime security sector over the last few weeks that it is difficult to keep track of it. So many new vessels ordered and launched and so much new equipment revealed. The maritime security world continues to evolve and develop very, very rapidly.

This Maritime Security Week we will review patrol boats, landing craft and naval vessels ranging from six-metre RIB patrol boats to frigate-sized, Austal-designed and -built littoral combat ships for the United States Navy and pretty much every size in between. We examine boats destined for navies, coast guards, customs, fisheries and wildlife and police services and more. They are destined to work in Europe, Asia, North America, Central America and Australasia.

Among them will be Italy’s first hybrid powered patrol boat for the Venetian branch of the Guardia di Finanzia, aka the Italian Customs Service. It has been especially designed and built by Effebi to operate in the very environmentally sensitive Venice lagoon and under the low bridges of the historic city.

We will have larger and more multi-purpose vessels, both new and re-conditioned, for the Dutch and New Zealand navies. They can patrol, rescue and perform other functions. They are versatile and practical. There will also be large and small police patrol boats for the American colony, sorry, Commonwealth, of Puerto Rico and Australia’s unpredictable Port Phillip. The latter are the impressively fast and self- righting, pilot boat derived, craft from Hart Marine.

These are innovative, almost revolutionary, designs that have rapidly advanced the security craft species. Their developments inevitably trickle through to benefit all maritime security vessel owners and operators. Operators are oft forgotten so it is always interesting to talk with them to get an idea of what works and what does not.

For example, last year I was chatting with the British crew of an elderly Damen-built patrol boat on the Greek island of Chios who were on illegal immigrant duty. As we were talking, a new Damen “Axe Bow” Greek Coast Guard patrol boat of about the same size as the British boat slipped into the harbour. The Brits were very openly envious of the newer boat, particularly of its very comfortable ride.

This is a factor that is not always considered when governments order ships and boats. Crew comfort is vital when vessels are at sea for days and, sometimes, weeks. It is hugely important in the effectiveness sense.

Equipment such as comfortable seating and effective air-conditioning are vital as are sea-kindly hull shapes, workable galleys and comfortable bunks. They are just as important as reliable engines and the latest electronics and weaponry.

All these factors, and more, are highlighted in the new vessels that we will present here in Maritime Security Week over the coming few days.


– “Enhanced maritime infrastructure at Exmouth could extend the range of the Royal Australian Navy’s operations in the Indian Ocean.”

– “India’s rising stature, its geopolitical interests and its role as a net security provider in the Indian Ocean region necessitate a strong navy with significant reach and power projection capabilities.”

COLUMN | China’s navy now the world’s largest – but is it a viable force? [Naval Gazing]

– “The size and modernity of the PLAN order of battle are impressive, but there is uncertainty over its likely effectiveness in time of conflict.”

– “Should [naval auxiliary] ships be put out to worldwide tender and ordered from wherever the best deal is to be found?”

Any news or views about the global maritime security sectors? Send it through to [email protected] ASAP (between now and October 16), so we can add it to this current edition of Maritime Security Week!