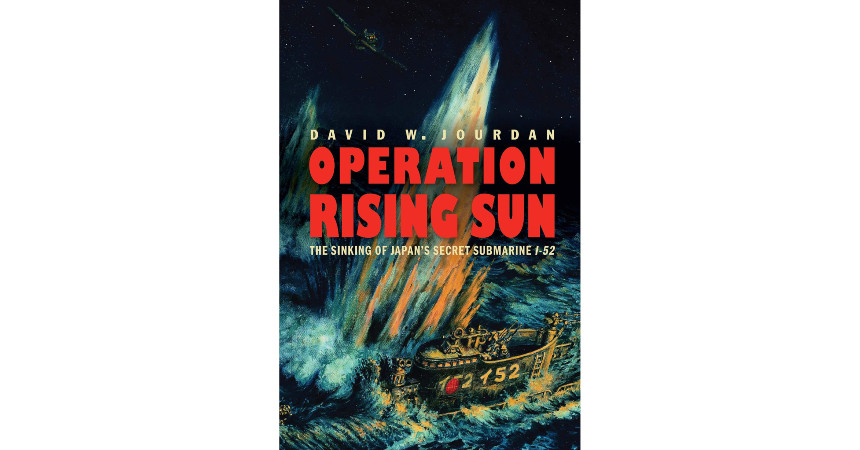 This is a fascinating book from numerous points of view, history, technology, human behaviour, intelligence, oceanography, warfare, research, archaeology and organisation. All of it is described very well here by a naval officer turned “geek”. He also happens to be a first-class writer.

The I-52 was a large Japanese submarine of World War II. So large, that it was of very long range, high surfaced speed and considerable versatility. For example, it had a waterproof hangar for a floatplane fixed to its deck. This made it a useful vehicle to transport high value cargoes of metals, chemicals, plans and people between Japan and German-occupied France.

Briefly, thanks to Enigma/Ultra radio intercepts, a US Navy escort carrier group was enabled to home in on the I-52 and the German U-boat sent to liaise with it in the mid-Atlantic on its approach to France in 1944. A well co-ordinated, fought and recorded attack by American torpedo bombers destroyed the I-52, its crew, passengers and cargo. The cargo, including reputedly, two tonnes of gold, now lies more than 5,000 metres beneath the surface of the Atlantic Ocean.

The book describes the enormous amount of research that led to locating and then, actually, viewing the submarine. It was a massive job in every respect. Salvage was discussed but has not yet been attempted except in a very limited way.

A series of great adventures have been brilliantly described here.