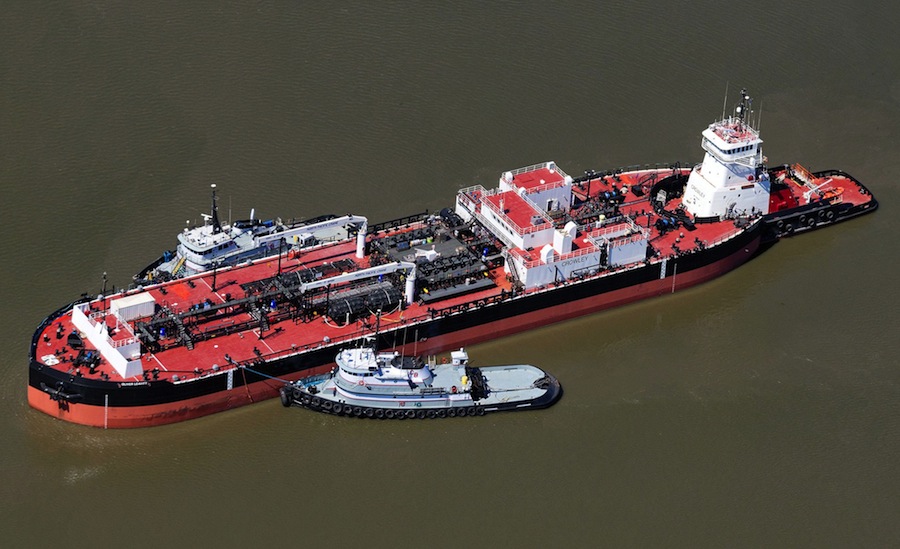 Tugs fascinate me. In the more than fifty years I have been connected with the maritime business they have been practically continually launched and, most importantly, continually improved and developed.

When I think of the tugs of my youth, many of which were still steam-powered and some even coal-fuelled, and compare them with their current replacements, the advances are overwhelming. In terms of bollard pull alone, let alone manoeuvrability, ease and economy of operation, crew comfort and a host of other important factors, tugs are incomparably better than sixty, fifty or even thirty years ago.

We are now looking at electric- and hybrid-powered tugs and even unmanned ones. I still remember the battles with the unions when owners wanted to reduce harbour tug crews to four people. Engineers on tugs were just as unnecessary as on aircraft or in cars but they were still demanded by the unions.

I well remember going for a demonstration voyage on Australia’s first AZD tug in the late 1980s in Western Port near Melbourne. It was a revelation. Not long afterwards, I was left alone in the wheelhouse of a new AZD tug in the Oslo fjord, to “play with it”. It was very kind of its master, great fun and very revealing of the future of the tugs. I couldn’t believe that driving a 30-metre, 60tbp tug was easier than driving my car, especially parking it.

Tug development has continued relentlessly since then. Several specialised tug designers, builders, propulsion systems and winch manufacturers now dominate what has become a very international tug market. The quality and performance of the tugs and equipment they produce is outstanding.

Much the same applies to salvage, which almost invariably involves tugs. The development of techniques and equipment and, very importantly, environmental consciousness, has been phenomenal.

Overall, it is a very exciting sector and, seemingly, always has been. You can catch some of the latest excitement in Baird Maritime’s Tug and Salvage Week over the next few days.

– “We must be getting close to the point where tugs will need to be idled, and that might lead to job losses, particularly in countries where labour laws are weak and trade unions frowned upon.”

REMINISCENCES | Can we still learn from the training methods of the past?

– “So if anyone ever gets around to revising deck cadet training to make it suitable for the modern era, I hope they will look to the past and include training modules. It will be fun, and it might just encourage more young men and women of the type we need to consider a career at sea.”

“Will people still go cheerfully jetting off to join their cruises all around the world, at least until there are vaccines that have proved to work?”

– by Hieronymus Bosch, this anonymous commentator is Baird Maritime’s insider in the world of offshore oil and gas operations.

COLUMN | Compassion in a time of coronavirus [Tug Times]

– “I live and work in one of the world’s great ports, but you would hardly know it because sea-blindness here is endemic.”

– “The EU-funded Flagships project is supporting the construction of a hydrogen-powered barge push boat in the French city of Lyon, one that will get its fuel from the Rhone’s hydroelectric power.”

COLUMN | Just once, can we please let the facts get in the way [Tug Times]

– “Jim offers a solution that is simple and elegant, and might just work. He points out that when there were problems with Article 14 compensation for salvors who prevented pollution, all the interested parties got together and devised the SCOPIC system, which, although not perfect, has generally worked well and is still in use today.”

Any news or views about the global tug and salvage sectors? Send it through to [email protected] ASAP (between now and May 15), so we can add it to this current edition of Tug and Salvage Week!