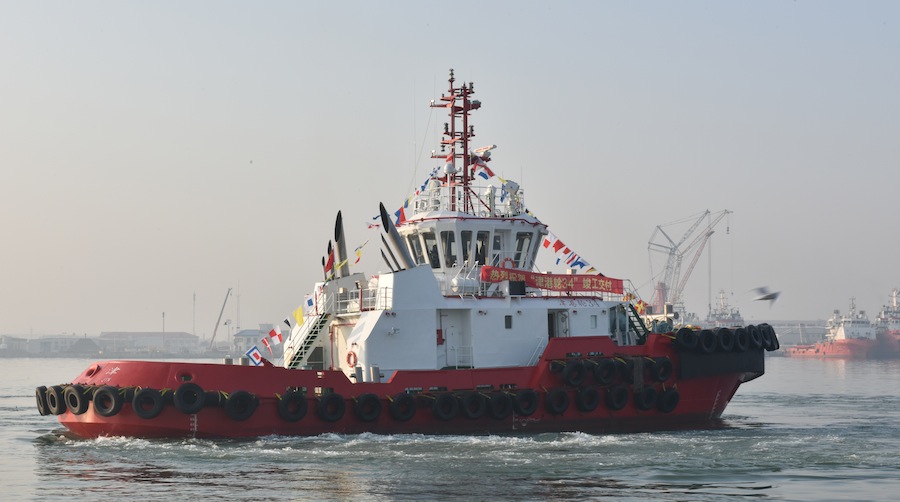 The vessel was built by Sanlin Shipyard of the Shanghai Harbour Fuxing Shipping Service Company.

The owner required the tug to have good visibility and manoeuvrability for ship-handling operations in harbour. The tug was required to have a navigation draught of less than 3.92 metres and gross tonnage under 500GT.

The tug is the ninth tug built to a Robert Allan Ltd. design for Tianjin Port since 2015. As with her sister vessels, she was designed and built to satisfy all the applicable rules and regulations of the Chinese Classification Society and Marine Authority including ILO MLC 2006. Her notaion is +CSAD, Tug, Coastal Service, Ice Class B, +CSMD, BRC.

Jin Gang Lun 34has dimensions of 34.60 metres in length and 11.20 metres in beam. The maximum navigational draught of the vessel is only 3.92 metres, making it suitable to operate in shallow water.

“The vessels were required to be around 35 metres long, which is a challenge for a vessel under 500 gross tonnage,” RAL told Baird Maritime. “The navigational draught of 3.92 metres was also a challenge for a vessel propelled by Z-drives. However, the shallow draught allows the vessel to be restriction free for not only operations but dry docking in existing facilities as well.”

Main propulsion comprises a pair of Daihatsu diesel engines, each rated for 1,471 bkW at 750 rpm, and driving a Kawasaki KST-180ZF/E Z-drive unit with 2,200mm diameter propeller. The propulsion system provides a bollard pull of 51 tonnes ahead and free running speed of 13.1 knots.

The propulsion system setup is quite normal, however the intelligent system provides sensors for online monitoring of the status of the shafting system. The monitoring data can be used for fault diagnosis and identifying potential failure sources. This will enhance operational safety significantly.

The tug is fitted with an intelligent system that consists of four sub-systems: intelligent navigation, intelligent machinery, intelligent energy efficient management and intelligent integrity platform. This system, based on advanced electronic technology, brings the operator’s fleet managing system to a new level.

The deck machinery comprises a Karmøy hydraulic hawser winch on the bow, spooled with 200 metres of 100mm towline on the drum. Two independent anchor windlasses are provided at the bow and a towing hook is provided on the aft deck for coastal towing duties. 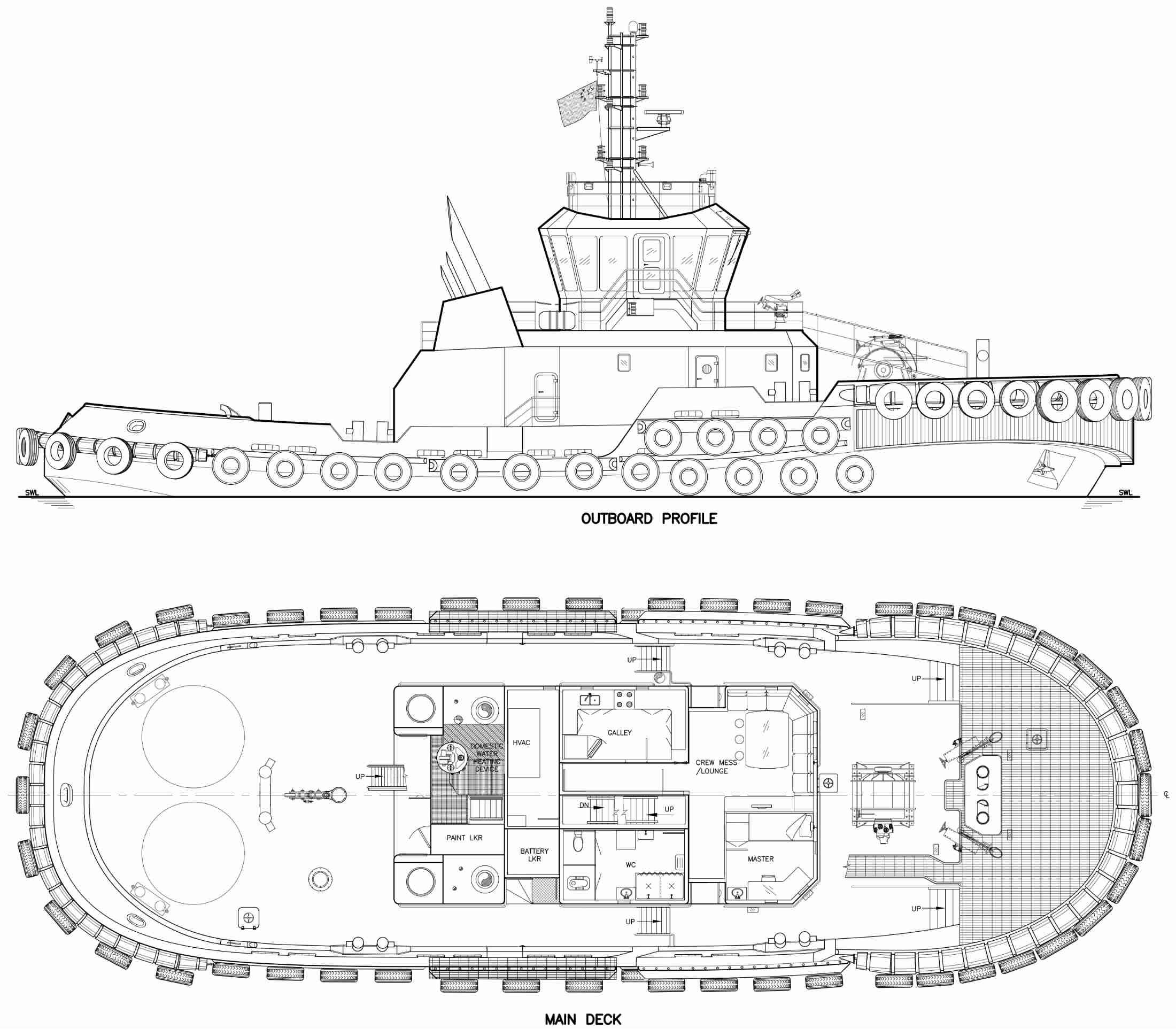