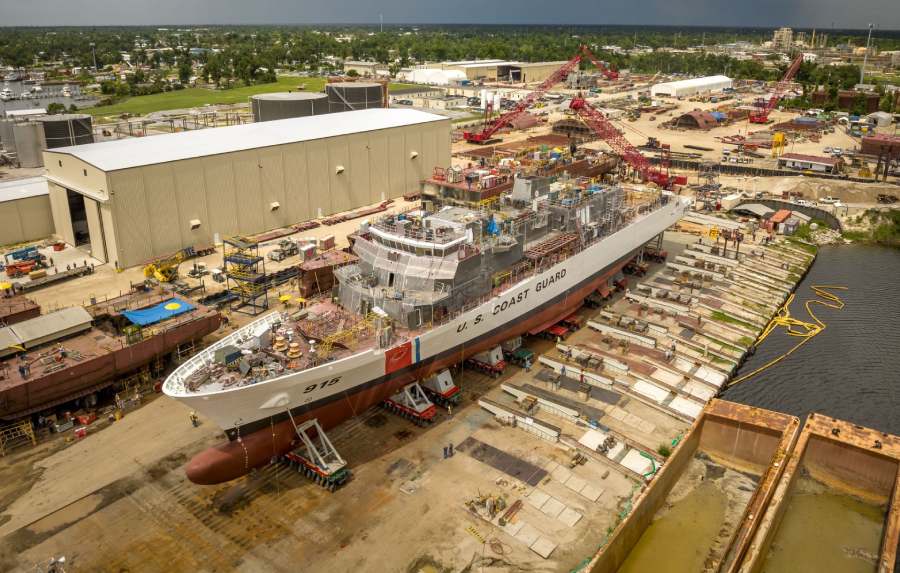 This week, we once again look into a selection of vessels performing a broad range of roles in the maritime security sector. Naval vessels again feature prominently, with two recent patrol boat deliveries to Australia, a new corvette completed for Saudi Arabia, and an offshore crewboat with modifications that will enable it to fulfill testing duties in UK service.

Non-naval operators are also included. A hybrid harbour patrol craft enters service with Singapore’s premier port authority and a new response vessel will be operated in Spain’s autonomous region of Galicia. Lastly, India’s Border Security Force (BSF) expands its enforcement fleet with the acquisition of locally made floating outposts. These unique vessels will operate primarily as staging and resupply bases for the BSF’s smaller fast boats that patrol the waters of the country’s eastern and western provinces.

– “In the near future it won’t just be undersea communications cables and infrastructure that will require protection.”

OPINION | What China’s condemnation of AUKUS says about Beijing

– “The region as a whole was shocked, with even many of Australia’s better friends finding it difficult to be more than ambivalent about the announcement’s merits.”

– by Ron Huisken, adjunct associate professor at the Strategic and Defence Studies Centre at the Australian National University

– “It is not surprising that leading navies are shifting their focus towards the deployment of unmanned aerial vehicles for front line tasks including air-to-air refueling, surveillance, and strike.”

Any news or views about the global maritime security sectors? Send it through to [email protected] ASAP (between now and August 12), so we can add it to this current edition of Maritime Security Week!