The DNV-classed aluminium monohulled newbuilds ADV Cape Otway and ADV Cape Peron each have an LOA of 57.8 metres, a beam of 10.3 metres, a draught of approximately three metres, and accommodations for 32 crewmembers and other personnel. Austal said the vessels were built with a number of enhancements over the baseline Cape-class patrol boats, improving operational capability and crew capacity compared to the vessels already operated by the navy and Australian Border Force.

Like their baseline Cape-class sisters, the Evolved Cape-class boats were built for sustained operations lasting a maximum of 28 days or covering a range of 4,000 nautical miles in conditions up to Sea State Four. Deck space is also available for two small response tenders to conduct at-sea boardings and interceptions.

Data and voice communications are possible via both secure and non-secure channels using VHF and UHF radios and satcom. For navigation, the crews rely on an integrated bridge system that includes radars, ECDIS, two gyrocompasses, AIS, DGPS, an electro-optical sensor system (EOSS), and a voyage data recorder (VDR).

Two Caterpillar 3516C main engines that each produce 2,525 kW at 1,800 rpm drive fixed-pitch propellers via ZF 9055A gearboxes to deliver a maximum speed of 25 knots and a cruising speed of 12 knots. An HRP 2001 TT 160kW bow thruster provides added manoeuvrability. The boats also come equipped with Austal’s proprietary motion control system, which consists of roll fins and trim flaps that are automatically-driven to provide improved stability under a range of speed settings.

All six Evolved Cape-class boats will be delivered by the middle of 2023 to replace the RAN’s Armidale-class patrol boats. The newer vessels will also be used as interim patrol platforms until the commissioning of the navy’s Arafura-class offshore patrol vessels.

The navy will use the Evolved Capes in constabulary operations, primarily to the North of Australia, enforcing Australian sovereign immigration and fisheries laws. They will be maintained at the Regional Maintenance Centre North East in Cairns. 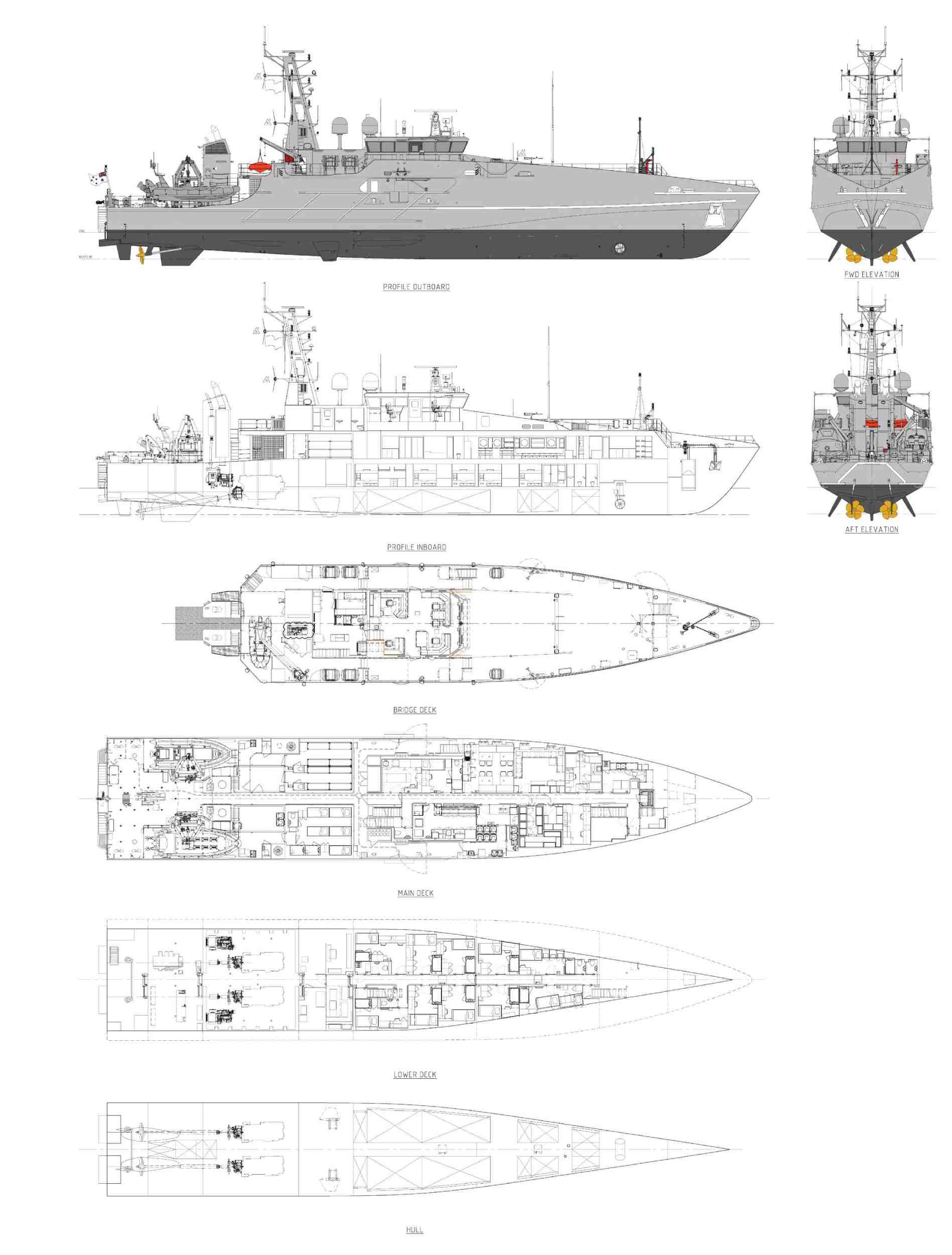