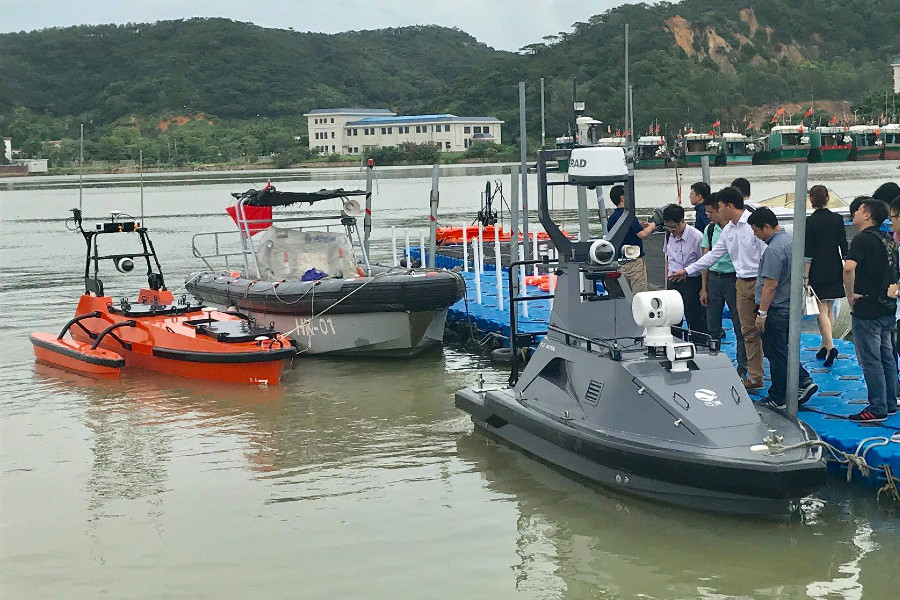 Unmanned or autonomous craft such as unmanned surface vehicles (USVs), unmanned underwater vehicles (UUVs), and remotely operated vehicles (ROVs) have been creeping up on us for nearly eighty years, effectively since near the end of World War II. Commencing with guided missiles, closely followed by “intelligent” guided torpedoes and, more recently, aircraft or “drones”, most of the early development has been associated with navies.

However, over the past ten years or so, the development of unmanned craft for peaceful or at least commercial purposes has proceeded apace. As you will learn from the coming week’s reviews and features on Baird Maritime, a multitude of innovative, imaginative and very clever designers and builders have come up with a host of interesting and, in many cases, workable concepts.

There are, of course, huge advantages to be gained from unmanned craft in defence roles. First, and most important, you avoid having to put people in harm’s way. You can deploy much smaller unmanned vessels to perform essentially the same functions as their manned cousins. You don’t need to feed, house, air-condition, or generally make crews safe and comfortable. Sea-sickness is no longer a problem when operators work from safe, comfortable, air-conditioned offices ashore.

Unmanned craft can generally be considerably smaller, cheaper and lower-powered than their manned counterparts. Some, that are wind or wave powered, can have virtually unlimited range or endurance. Even those powered by internal combustion engines can have usefully lengthy ranges. That range, too can be enhanced by solar power.

Because they need have no windows or other apertures in their superstructures or hulls, unmanned craft can easily be made both self-righting and unsinkable. In other words, they can go practically anywhere, anytime. Their comparatively smaller size makes them less easily detectable by radar, sonar and other means. They are also readily adapted to economical intensive series production in FRP.

Naval roles, as with flying unmanned aerial vehicles (UAVs) or “drones”, can range from ISR (Intelligence, surveillance or reconnaissance) collection to gunnery, torpedo, or missile platforms. They can be particularly useful in mine warfare.

As we are now learning almost every day, the civilian roles that can be filled by unmanned craft are almost limitless. To date, the focus has largely been on hydrographic and oceanographic surveying craft, but they obviously have enormous potential in search and rescue (SAR) and firefighting roles. They could well be used in geophysical and fisheries surveys and many more besides.

The maritime world, including IMO, is closely studying the potential for unmanned cargo vessels, harbour ferries and tugs. The list goes on.

Obviously, unmanned craft cannot do everything. There will mostly need to be a “Johnny on the spot”. However, equally obviously, we have barely scratched the surface of their enormous potential. They will rapidly become an important factor in both commercial and naval maritime operations.

FEATURE | The ROBOSHIP project: a new autonomous navigation system under development in Japan


– “The system has been designed to perform functions including route planning, course control, speed control, and collision avoidance.”

– “The system has been customised to allow the shore-based operator to also have full control of the vessel’s array of onboard equipment such as cameras, sonars, hydrophones, winches, cranes, and davits.”

– “The use of AUVs became necessary partly due to their ability to operate in environments that are too hazardous for humans to venture into in that part of Antarctica.”

Any news or views about the unmanned vessel industries? Send it through to [email protected] ASAP (between now and June 4), so we can add it to this current edition of Unmanned Week!