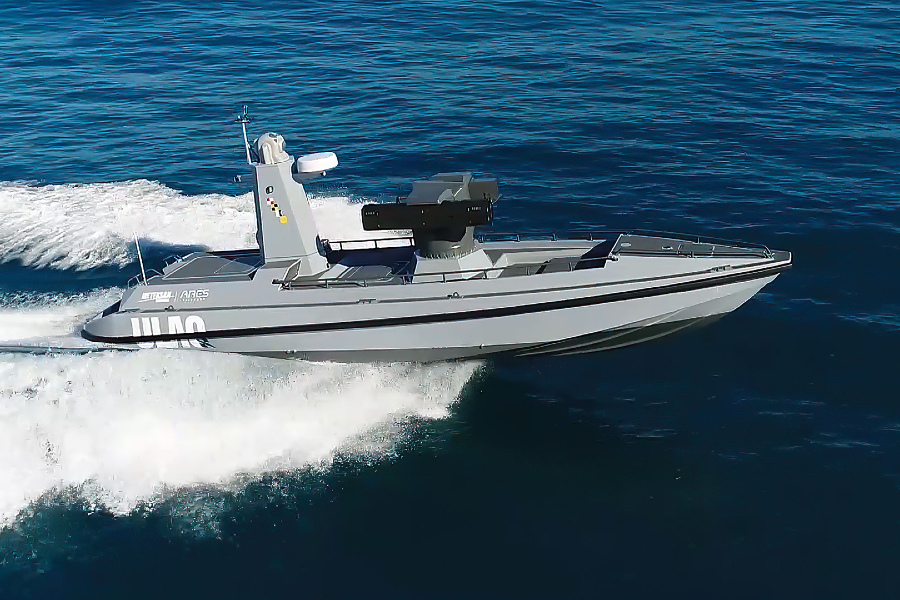 A new type of armed unmanned surface vehicle (USV) is undergoing extensive operational testing in Turkey prior to being handed over to the country’s navy for use in a wide range of missions.

As the first armed USV to be designed and built in Turkey, the ULAQ prototype craft is being developed by local firms Ares Shipyard and Meteksan Defence as an alternative weapons system platform for use in combat and other scenarios that would otherwise place human crews at risk.

“ULAQ was designed to perform tasks either autonomously or via remote operation,” Ares told Baird Maritime. “An operator can have direct control over the craft from a mobile coastal control station (MCCS), through which the craft’s activities and disposition may also be monitored when it is in fully autonomous mode.”

The MCCS, which can be fitted on any type of mobile surface platform such as a land vehicle or a ship, is intended to serve as one of two main subsystems under the ULAQ program, the other main subsystem being the USV itself. Ares was responsible for actual vessel construction while Meteksan undertook development of the MCCS, including its electronic mission systems and software. The roles will remain unchanged as the partners design and build additional vessels under the same series.

Ares said that, since unmanned vessels are still a fairly new segment of marine technology, the company felt it had limited knowledge to work on when it came to refining the prototype for operational testing and subsequent actual use by the Turkish Navy. To overcome this, considerable time was spent on the design phase.

“Production was more complicated compared to our other projects. This was mainly due to the need to install armament and all the equipment that also comprised a sophisticated autonomous navigation system in a relatively small hull made from advanced composite material.”

The USV has a displacement of six tonnes, an LOA of 12 metres, a beam of 2.71 metres, and a draught of only 0.6 metres, making it suited for shallow-water environments such as inland or littoral areas as well as the open sea. 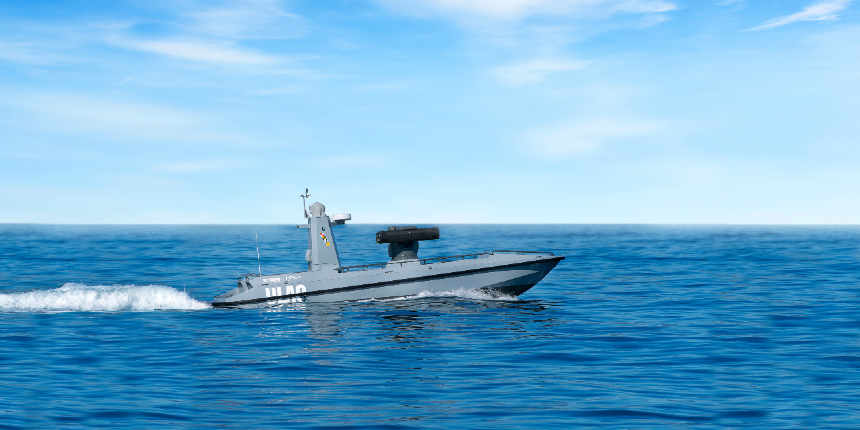 The craft is powered by only one diesel engine, which is adequate for propelling it to speeds of up to 35 knots. Thanks to the installation of a 400-litre fuel tank, a range of 400 kilometres is possible. An array of active and passive stabilisation systems enable the craft to operate even under sea state five.

The USV possesses offensive capability, having been designed to undertake precision strike missions using two types of locally-built laser-guided weapons. The craft is thus armed with two L-UMTAS anti-ship missiles with armour-piercing warheads and four smaller Cirit 70-millimetre rockets with warheads possessing anti-armour, anti-personnel, and incendiary properties. Although not yet fitted on the prototype, there will also be a weapons mount for a machine gun of either 7.62-millimetre or 12.7-millimetre calibre.

The USV may be used against main battle tanks and other heavily armoured targets as well as more lightly armoured threats such as small watercraft and light structures. Also, thanks to its precision strike capability, the risk of collateral damage is considerably lessened.

ULAQ is intended to be versatile enough to perform missions other than offensive strikes. The USV’s design also makes it suitable for intelligence, surveillance, and reconnaissance (ISR) missions, providing escort for other vessels, and protection of strategically important infrastructure.

Two batteries provide power for all weapon systems while another two batteries are allocated for the remainder of the onboard electronics, which include an X-band navigation radar, a depth sounder, a VHF radio, day and night vision cameras, and a mast-mounted electro-optical and infrared tracking sensor. The latter sensor is especially useful when navigating or searching for targets and threats under adverse weather conditions.

A locally developed encrypted communication system with anti-jamming capability prevents the craft from being operated by any platform besides its dedicated MCCS. An onboard firefighting system has been fitted as well.

Even as the ULAQ USV prototype is undergoing testing, Ares has already begun work on a variant optimised for anti-submarine warfare (ASW). The company said that design and operational concept work on the torpedo-armed and sonar-equipped ULAQ ASW USV variant has been completed and that production is scheduled to begin later this year, by which time the lead ULAQ unit will have already entered service with the Turkish Navy.

“The fact that unmanned systems have a future in marine technology inspires us to explore further opportunities in this segment,” the builder told Baird Maritime. “Through our work on the ULAQ program, we were able to gain valuable knowledge in the development of autonomous systems, and we will definitely apply this same knowledge in many of our future newbuilding projects.” 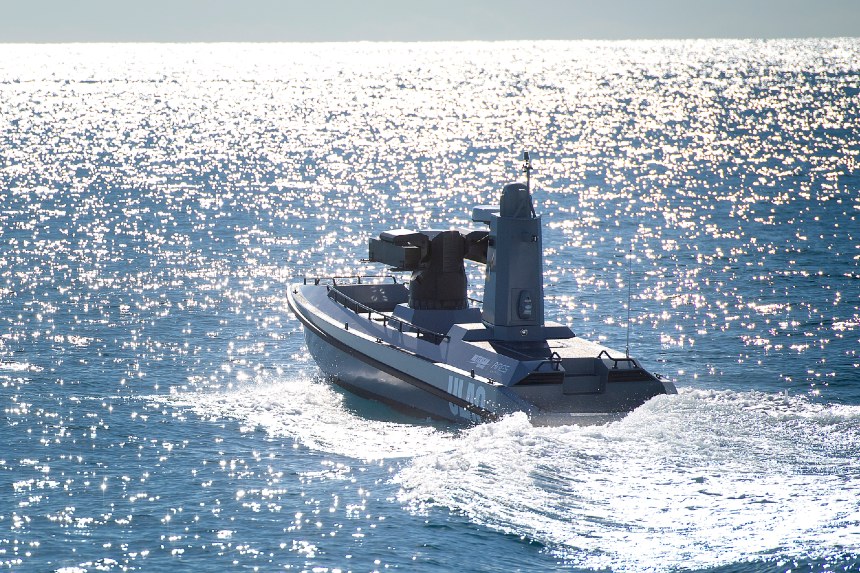