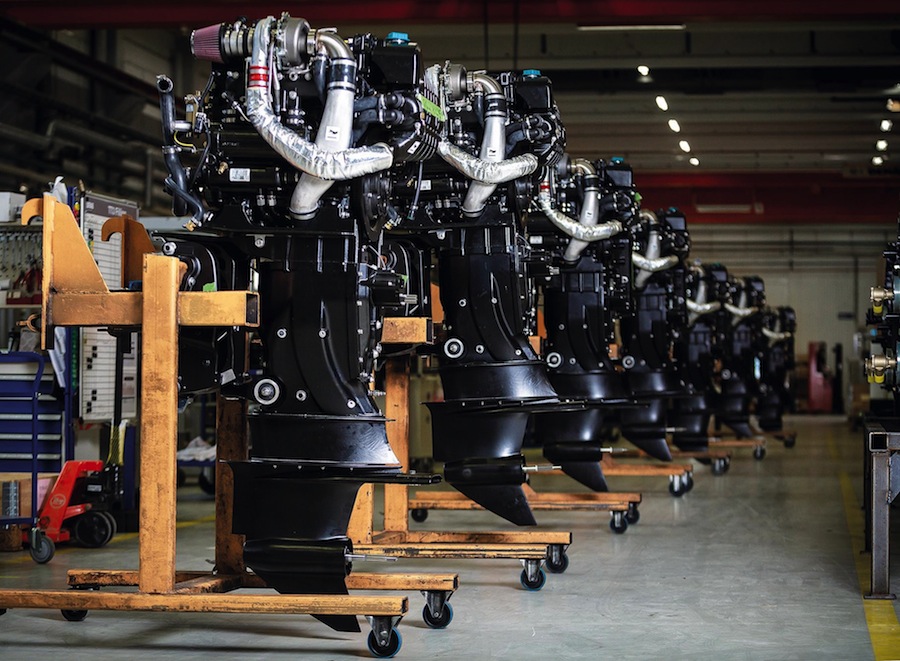 So much happens, seemingly on a monthly basis, in the global marine engine and propulsion system market that it is difficult to remember it all.

Currently, there seems to be an inexorable rise in the numbers of types and sizes of diesel outboard motors. Despite their distinct weight and price disadvantages when compared with petrol outboard motors, they are creating a definite and growing niche for themselves.

Obviously, for commercial and military users, their much lower fuel consumption, greater torque and distinctly better fire safety outweigh their disadvantages. Hopefully, as more of them are manufactured, their prices will reduce. Weight may be another matter but, given the advances made on that score with other engines, improvements should be possible.

In other sectors, water jets are being constantly refined to achieve better performance and greater reliability. There’s very little wrong with them these days. Much the same applies to azimuthing thrusters, surface drives and the like.

Diesel continues to be by far the dominant fuel but we are increasingly seeing electric and hybrid propulsion systems and, particularly with larger, short voyage vessels, LNG is gaining inroads. There is even talk, and some experimentation, with hydrogen power. Fuel storage with the latter two fuels remains a complication but one that should be eliminated before long.

Electric power is fine for shorter voyages in places where clean electricity is readily available such as Norway, Sweden, Britain, Tasmania and France. However, where electricity is generated in coal-fired power stations, its use seems to be pointless. In fact it is uselessly expensive. Meanwhile, batteries remain expensive, heavy, rapidly depleted and still subject to fire risk.

There is, of course, much more development underway globally. Great advances in both engines and propulsion systems are on their way. All are becoming more efficient, more economical and more reliable as well as user-friendly.

Baird Maritime presents you with news of marine engine and propulsion developments on an almost daily basis. Watch carefully over the next week for an even better than usual coverage.

Any news or views about the global engines and propulsion systems sectors? Send it through to [email protected] ASAP (between now and June 12), so we can add it to this current edition of MEPS Week!